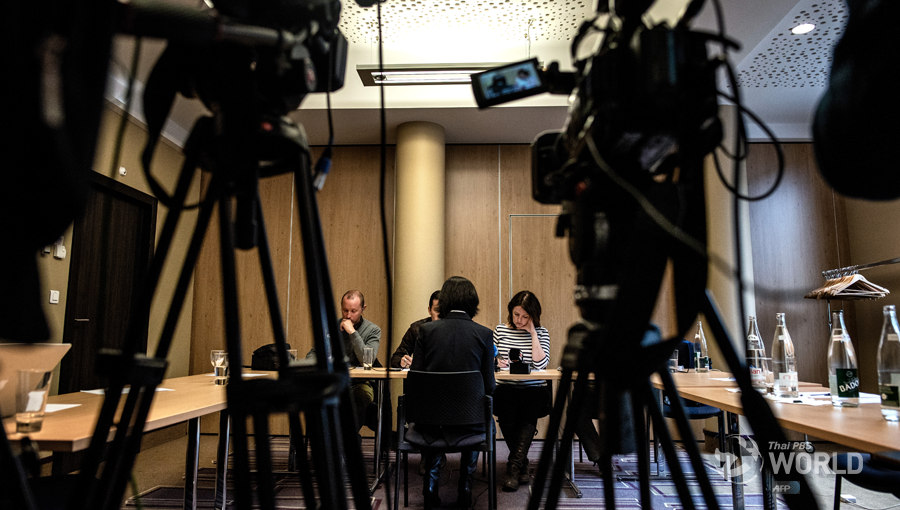 Grace, the wife of the missing Interpol president Meng Hongwei, with her back to the camera to avoid having her face shown, talks to journalists on Sunday at a press conference in Lyon on Sunday.

BEIJING/PARIS (REUTERS) – China said on Sunday it was investigating Meng Hongwei for suspected wrongdoing after the head of the global law enforcement organisation Interpol and Chinese vice minister for security was reported missing in France.

The statement by a Chinese anti-graft body was the first official word from China about Meng since his disappearance was reported in France on Friday.

Meng had been reported missing by his wife after travelling last month from France, where Interpol is based, to China.

“Public Security Ministry Vice Minister Meng Hongwei is currently under investigation by the National Supervisory Commission for suspected violations of law,” the Chinese anti-corruption body said in a brief statement on its website.

Interpol said earlier over the weekend that it had asked Beijing to clarify Meng’s situation.

“Today, Sunday 7 October, (at) the Interpol General Secretariat in Lyon, France received the resignation of Mr Meng Hongwei as President of Interpol with immediate effect,” Interpol said in a statement on Sunday.

When asked about the Chinese announcement on Sunday, France’s Interior Ministry said it had no information.

The French ministry said last Friday that Meng’s family had not heard from him since Sept 25, and French authorities said his wife was under police protection after getting threats.

French police have been investigating what is officially termed in France a “worrying disappearance”.

Local French media broadcast a video which they said was from Meng’s wife Grace, in which she issued a brief statement from a hotel in Lyon to express her concerns. Reuters could not confirm the comments attributed to her.

“As long as I can’t see my husband in front of me, speaking to me, I can’t have any confidence,” Grace Meng was quoted as saying by French TV stations and Sunday newspapers.

The websites of French papers broadcast video clips showing Meng speaking in a trembling voice, with her back to a TV camera in order to hide her appearance.

“This is a matter for the international community. This matter belongs to my motherland,” she added in the video clips.

French media also reported that Meng’s husband had recently sent her a mobile phone message featuring a knife image, as a way of showing her that he felt he was in danger.

Meng, 64, was named to the post of Interpol president in late 2016, part of a broader Chinese effort to gain leadership positions in key international organisations.

Presidents of Interpol are seconded from their national administrations and remain in their home post while representing the international policing body.

Interpol, which groups 192 countries and is usually focused on finding people who are missing or wanted, is run on a day-to-day basis by its secretary general, German national Juergen Stock.

When Meng was named Interpol’s president, human rights groups expressed concern that Beijing might try to leverage his position to pursue dissidents abroad.

Beijing has in the past pressed countries to arrest and deport to China citizens it accuses of crimes, from corruption to terrorism.  Under President Xi Jinping, China has been engaged in a crackdown on corruption. 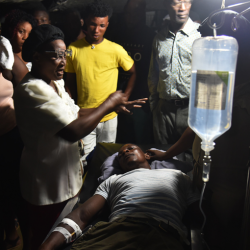