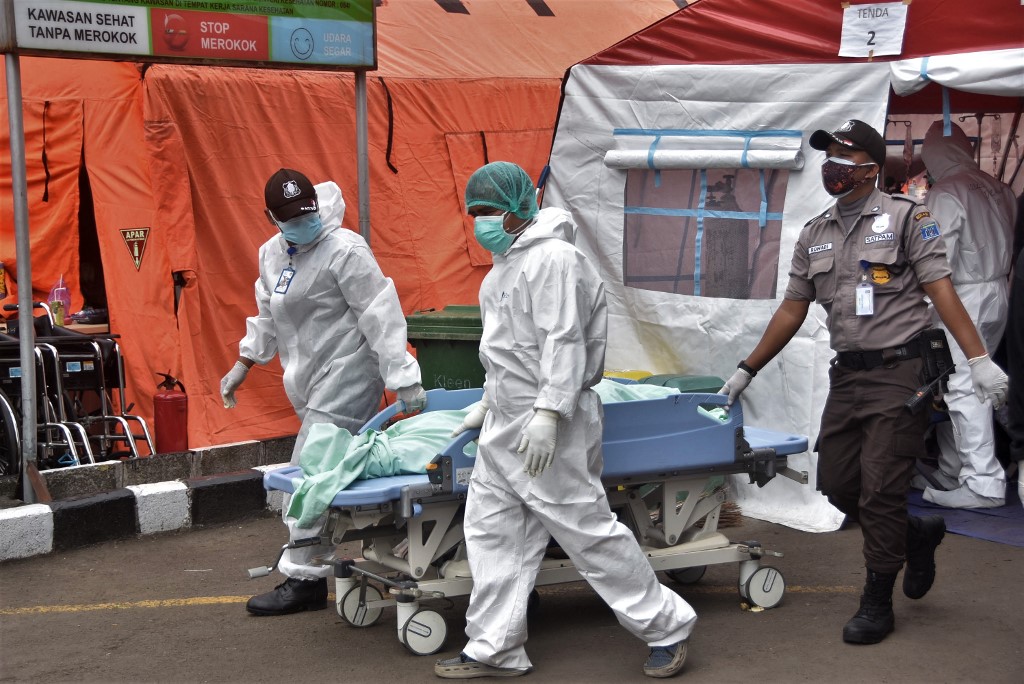 Medical staff remove a body of a patient who died of Covid-19 at a hospital in Bekasi on July 1, 2021, as Indonesia launches ’emergency restrictions’ to battle virus surge. (Photo by Rezas / AFP)

Jakarta, Indonesia (AFP) – Indonesia will impose “emergency” coronavirus restrictions this week to battle an alarming surge in infections, President Joko Widodo said Thursday, as the country scrambles to avoid a collapse of its overwhelmed healthcare system.

Widodo said the new restrictions, starting Saturday, would last more than two weeks in the capital Jakarta and across hard-hit Java, as well as on the holiday island Bali, after infections surged to record levels.

New daily cases are topping 21,000 per day in Southeast Asia’s worst-hit nation, and authorities have warned about the spread of highly infectious variants.

“This situation has forced us to take stricter steps… I have decided to impose emergency restrictions,” Widodo said in a nationwide address Thursday.

Widodo, better known as Jokowi, did not give details of the measures, which would end July 20.

But a document from senior minister Luhut Pandjaitan’s office said they include ordering all non-essential employees to work from home, while classes would only be held online.

Shopping malls and mosques across the Muslim-majority country would also be shuttered in a bid to bring new daily cases to below 10,000, it said.

The minister was expected to discuss the restrictions at a press briefing later Thursday.

Indonesia’s government, widely accused of responding inadequately to the pandemic, has imposed restrictions in the past but not the strict lockdowns seen in other nations.

But hospitals in Jakarta, and in West and Central Java, have been flooded with patients in recent weeks, including those infected with the highly transmissible Delta variant, which was first identified in India.

Some facilities have been forced to set up tents outside to deal with the influx and there are reports of patients being turned away from overflowing hospitals.

Indonesia’s official coronavirus infection tally has risen above 2.1 million with 58,491 deaths. But the real number is believed to be much higher due to low testing rates.

The country is aiming to inoculate more than 180 million of its 270 million people by early next year, but only about five percent of the population been fully vaccinated so far. 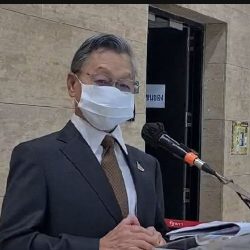 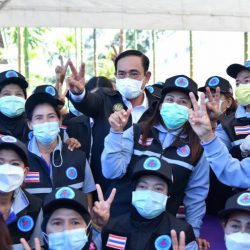