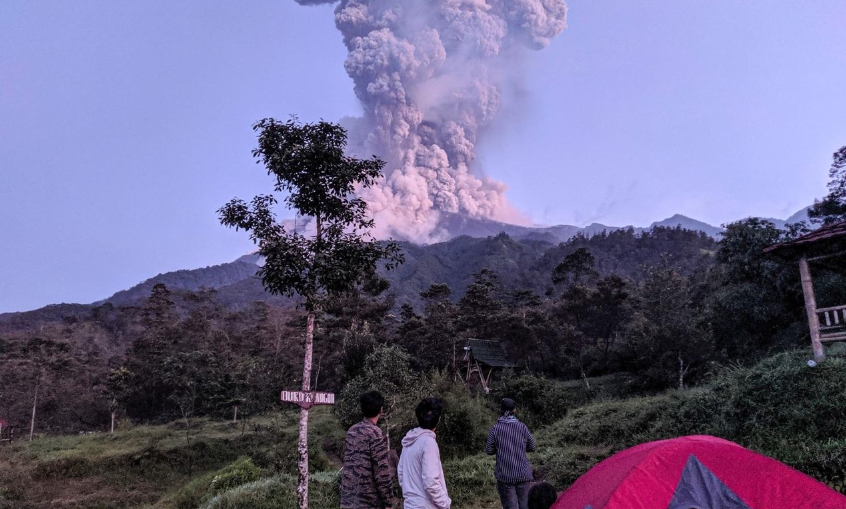 Tourists look towards Mount Merapi volcano as it erupts, at Cangkringan district in Sleman, Yogyakarta, Indonesia March 3, 2020 in this photo taken by Antara Foto. Antara Foto/Rizky Tulus/ via REUTERS

JAKARTA (Reuters) – Indonesia’s Mount Merapi volcano erupted on Tuesday morning, sending a 6-km (3.7 mile) column of ash into the air and triggering the closure of the airport in the nearby city of Solo on the densely populated Java island, authorities said.

The volcano, located near the cities of Yogyakarta and Solo, is one of Indonesia’s most active volcanoes and a series of eruptions in 2010 killed more than 350 people.

The local disaster mitigation agency warned people to keep out of a 3-km exclusion zone around Merapi.

“Outside a 3-km radius it’s still safe,” Biwara Yuswantana, the head of Yogyakarta’s disaster mitigation agency, told Reuters. The city is located about 30 km from the volcano.

The latest eruption, part of a series that started in 2018, sent up a column of ash that affected several neighboring areas, the country’s Geological Disaster Technology Research and Development Centre said in a statement.

It said the eruption lasted almost eight minutes and warned of a risk of further eruptions due to continuing movements of magma. The 2,930-metre (9612.86 ft) volcano is a popular site for tourists and its fertile soil is also farmed. 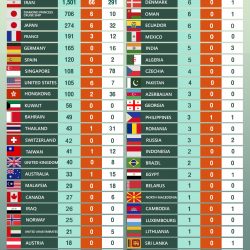