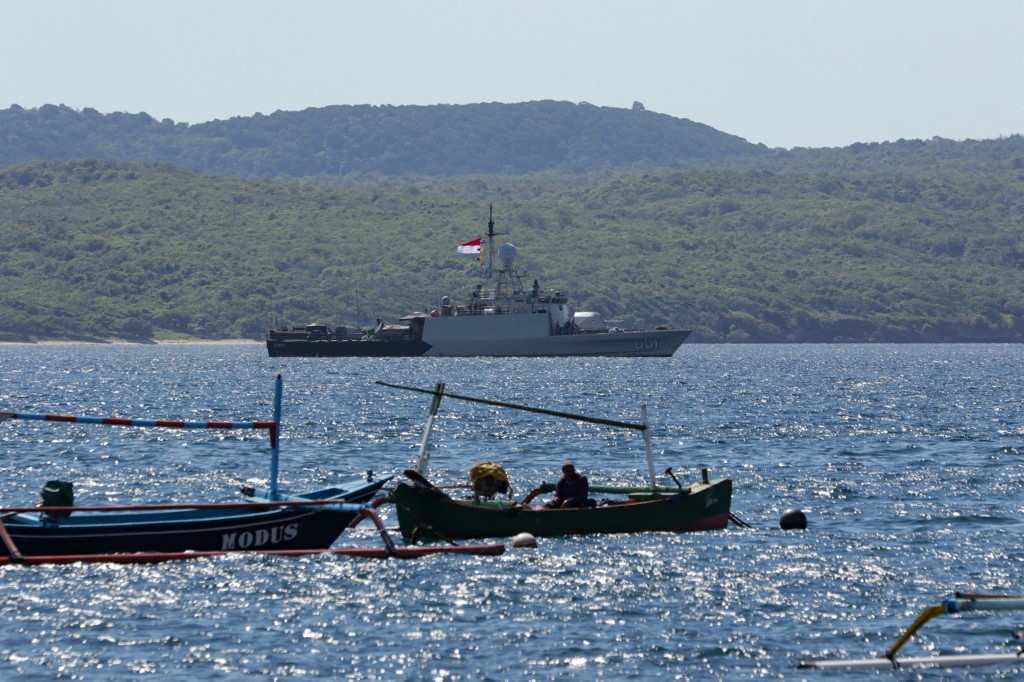 Indonesian navy ships arrive at the naval base in Banyuwangi on April 22, 2021, to join in the search. (Photo by – / AFP)

Indonesia’s desperate search for a missing submarine and its 53 crew was focused on a signal from an unidentified object Friday, with just hours to go before the stricken vessel’s oxygen reserves ran out.

Nearly two dozen warships were taking part in the ramped-up hunt, as Australia and the United States joined the search off the coast of Bali where the sub disappeared more than two days ago during training exercises.

The military said it had picked up signs of an object with high magnetism at a depth of between 50 and 100 metres.

Ships equipped with specialized tracking equipment were deployed in the hope that it may be the KRI Nanggala 402, which was equipped with oxygen reserves that could last until early Saturday, authorities said.

The search zone covers an area of about 10 square nautical miles.

“We’ve only got until 3:00 am tomorrow (Saturday) so we’re maximizing all of our efforts today,” Indonesian military spokesman Achmad Riad said earlier.

But by Thursday afternoon, there was still no word on whether the object was the missing vessel.

“There was a strong magnetic field detected there,” Riad said, but he added that “we’ve yet to find the exact location”.

An oil spill spotted where the submarine was thought to have submerged pointed to possible fuel-tank damage, fanning fears of a deadly disaster.

There were also concerns that the submarine could have sunk to depths believed to be as much as 700 metres, well below what it was built to withstand.

The German-built vessel was scheduled to conduct live torpedo exercises when it asked for permission to dive. It lost contact shortly after.

On Thursday, the US military said it would send airborne teams to help, while one of two Australian ships in the region that have been deployed arrived at the search location.

India as well as neighbouring Singapore and Malaysia have already dispatched ships that are expected to arrive at the weekend, including the city-state’s MV Swift Rescue, a submarine rescue vessel.

Indonesia is also relying on a pair of its own submarines, among the five in its fleet, to aid in the hunt.

But hopes of finding the crew alive were fading fast.

“If there is serious damage on the boat itself, it could potentially mean a few things, for example, there will be very limited spaces for the crew with very limited oxygen,” said Collin Koh, a naval affairs specialist and research fellow at the S. Rajaratnam School of International Studies in Singapore.

“It could also mean that the reserve tanks for the oxygen might potentially be damaged as well. So it will further reduce the oxygen level.”

Submarines are equipped to prevent carbon dioxide build-up, but if the equipment was damaged that could also pose a serious risk, Koh added.

“It’s not just about whether there will be enough oxygen, but it’s also about the level of carbon dioxide within the interior that could determine the fate of the submariners,” he said.

While Indonesia has not previously suffered a major submarine disaster, other countries have been struck by accidents in the past.

Among the worst was the 2000 sinking of the Kursk, the pride of Russia’s Northern Fleet. The submarine was on manoeuvres in the Barents Sea when it sank with the loss of all 118 aboard. An inquiry found a torpedo had exploded, detonating all the others.

Most of its crew died instantly but some survived for several days, with a few keeping heart-breaking diaries written in blood to their loved ones, before suffocating.

In 2003, 70 Chinese naval officers and crew were killed, apparently suffocated, in an accident on a Ming-class submarine during exercises.

Five years later, 20 people were killed by poisonous gas when a fire extinguishing system was accidentally activated on a Russian submarine being tested in the Sea of Japan.

And in 2018, authorities found the wreckage of an Argentine submarine that had gone missing a year earlier with 44 sailors aboard. 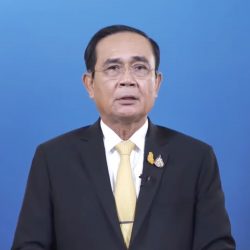 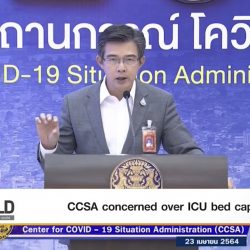