In coffee we trust 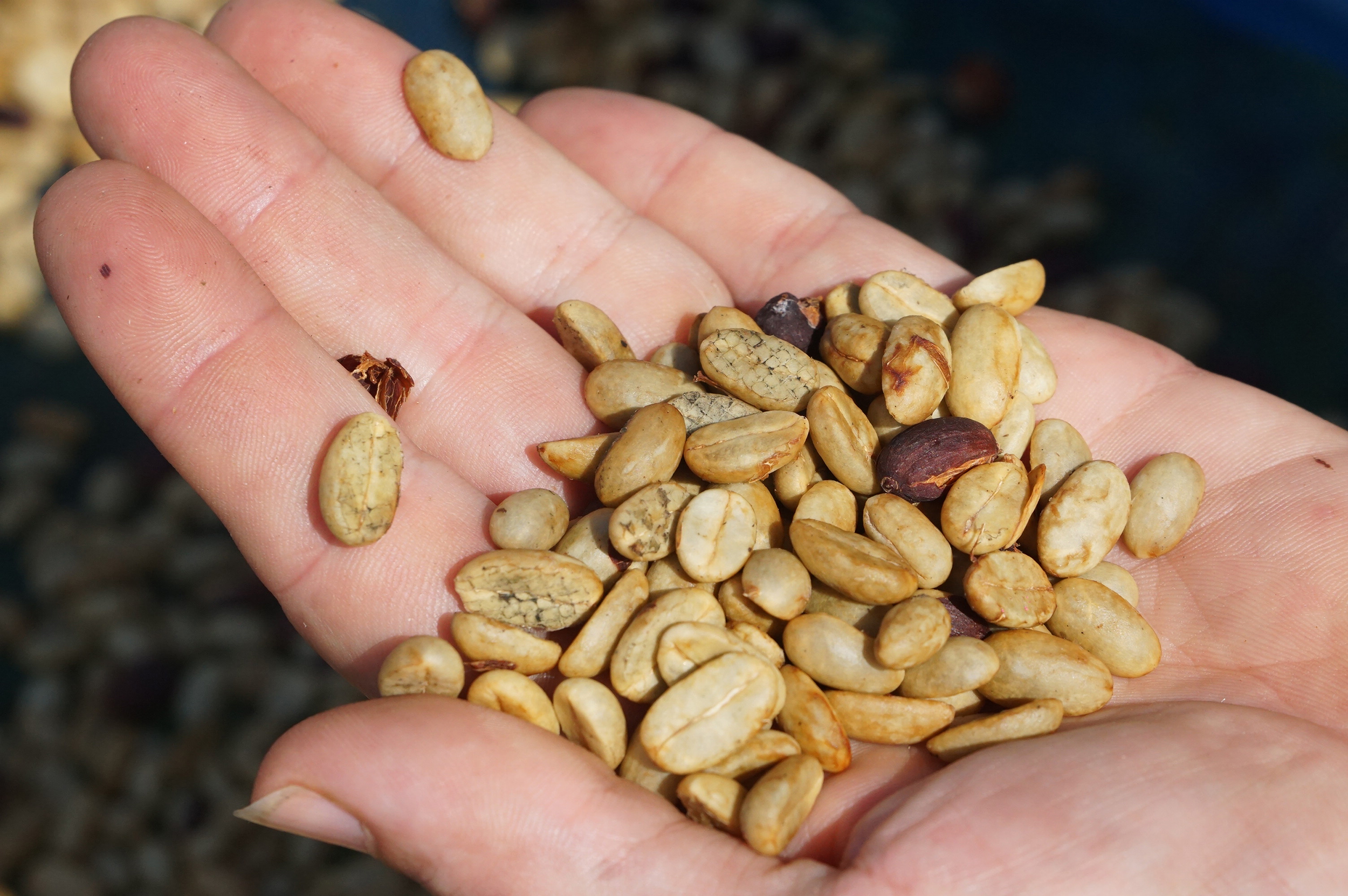 Even if you don’t think you’ve heard of Kaleb Jordan, there’s a chance his coffee has delighted your taste buds

Kaleb Jordan is an American coffee roaster. He runs a small boutique roastery called “gem forest” in Nan province, roughly 730 kilometres north of Bangkok. His roastery is not the largest in Thailand’s north, but it’s among the best, offering a unique gustatory experience from single-varietal beans like Java, Typica and even the sought-after Geisha coffee to the aficionado.

Like a great cup of coffee, Kaleb’s story is rich and full of inspiration.

We meet Kaleb at his place in Nan’s Chiang Klangdistrict. Looking at his Jimi Hendrix shock of hair, fancy sunglasses and a t-shirt printed with a coffee shrub, we cannot decide if he is a rock singer or a coffee nerd.

“I’m supposed to be a missionary,” begins Kaleb, as we negotiate our way through expansive piles of coffee beans left drying in the sun.

Born and bred in a missionary family living in the remote village of Maneepruek – where the Prai and Hmong ethnic people share the mountains on the Thai-Lao border, Kaleb socialised and went to school with local kids and speaks the different dialects. He couldhave been a missionary like his father and grandfatherbefore him. In fact, he planned to do so, but God had a better plan.

“I went to study engineering in the US, but I didn’t finish the course. I left the university for Bible studies at a local church. Back then, I planned to become a missionary, and travel to Australia or Africa to spread the God’s word. What wasn’t part of the plan was coming back to Thailand,” says Kaleb.

But as is already obvious, Kaleb returned to the land of his birth.

“My father took me back to Maneepruek after a trip to the US. Things had changed a lot of the village since I left,” he says. “People couldn’t find a job in the village. The children would leave when they grew up or when they got an offer of work in the city.

“Maneepruek is such a beautiful place to live with fresh air, scenic mountains and a slow pace of life. Seeing the people leaving their village was heartbreaking. My father asked me if I could help the Prai and Hmong.”

Kaleb took a hard look at the sky and rolling mountains for the answer, and thought coffee could save thevillage.

When Kaleb was studying Christianity in the US, he read the Bible in the morning and worked at the roastery in the afternoon. The roastery itself is part of the church and everyone took turns to roast the green beans and sell the coffee to subsidise a free Bible study programme. During his three years at the roastery, Kaleb had access to the industry and gained in-depth knowledge and skills in roasting and cupping.

“I arrived in Maneepruek village with some knowledge of coffee and saw the potential for coffee farming in the village,” he explains.  “At 1,400 metres above the sea, Maneepruek is an ideal place for growing arabica coffee.”

Most of the arabica coffee grown in Thailand’s north is Catimor cultivar. The crop is favoured by the famers and coffee producers for its hardiness, disease resistanceand high-yielding performance. On the down side, Catimor is not 100–per–cent arabica coffee, but a cross between Arabica (Caturra) and Robusta (Timor). Most importantly, Catimor has a papery aftertaste giving it a mouthfeel a little like a cardboard. Kaleb wanted to introduce different varieties to Thailand’s coffee-drinking culture, and names like Typica, Java, Bourbon and Gesha came to mind.

“I wanted to see if the price for unfamiliar varieties would be higher than the familiar ones,” says Kaleb.

Kaleb spent more than three years searching for the best coffee for the Maneepruek farmers. Like a kid writing to Father Christmas and waiting for a miracle. Kaleb sent out hundreds of emails to coffee growing communities around the world, told them his plan, and asked for coffee seeds.

“Seed donation was only one option. I didn’t have much money for a shopping list when the project kicked off.  Two friends in the US provided some money, but we had to save to purchase green beans from the farmers,” recalls Kaleb.

In 2006, a farmer in Panama donated 100 seeds of Geisha coffee. Geisha (or Gesha) is heirloom arabicacoffee native to Ethiopia. Back then, long before the third wave of the coffee movement, coffee drinkersdidn’t know about and cared even less about the existence of Geisha. However, the Panama famers turned the tables on this ignorance after Geisha won a number of awards at international cupping events. For their part, the coffee snobs started favouring the Ethiopia heirloom and Geisha became a much-hyped bean overnight. It blows your mind and burns a hole in your wallet too – the finest Geisha costs up to US$100 per cup.

“I thought we had won the lottery. We had secured one of the most expensive coffees in the world,” says Kaleb. “But Geisha has a downside too. It is high maintenance, and it has a very low yield. Geisha is a difficult coffee to grow – especially for the inexperienced farmers. Youkeep it on a smaller plot of land as part of your portfolio.”

Again, Kaleb kept sending massages around the world asking for the best coffee seeds, and he found them just under his nose.

“One day a Thai man turned up at my front door. He said that he had secured more than 40 coffee varieties in Chiang Mai. He could give them to me for free,” recalls Kaleb.  “I went to Chiang Mai right away. The collection of coffee was in an experimental plot under the Thai Norway Highland Development Project. The plants had been left out there for 30 years.“

The shrubs appeared in different sizes and forms, and their cherries came in different colours and sizes too. There was no name track to identify a variety. Kaleb did what Charles Darwin and other naturalists did when approaching an unknown plant. He illustrated a shrub and made a note about its leaf colour and cherry size. He even came up a new name for his discovery.

“There is one cultivar that has excellent performance in term of quality and yield. I named it ‘Syrina’ after ourdaughter,” smiles Kaleb.

The mysterious Syrina, after genetic testing, is  “IPR 107” – a unique coffee with a complicated parental line descending from a long list of different varieties.Sachimor, Mondo Novo, Typica, Bourbon and even Timo Hybrid played their part in creating Syrina.

With an excellent profile, Syrina fits the bill, and Kaleb distributed seedlings at very affordable price to the farmers in the village. Then, Java, Typica and Catimor were added to the portfolio in time for the third wave coffee movement.

Today’s customers look for a high–quality bean from a boutique roastery or from direct trade with the farmers and, most importantly, an inspiring story beyond a great cup of coffee. The gem forest roastery, together with the community, perfectly fit this new movement. Maneepruek is now on the coffee map. Some coffee fanatics travel 1,000 kilometres just to observe a shrub of Gesha.

“To a wine fanatic, seeing a name like Shiraz, Pinot Noir or Primitivo means something. Different grapes createdifferent characters of wine. We can look at a coffee in similar way,” Kaleb explains. “The coffee drinkers are willing to pay more to experience different varieties. We have to train the farmers to recognise the difference.” 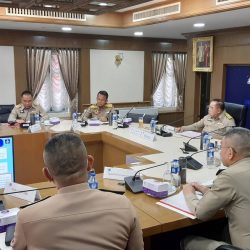 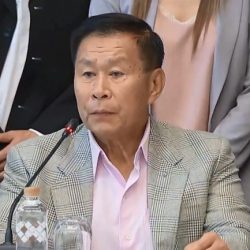