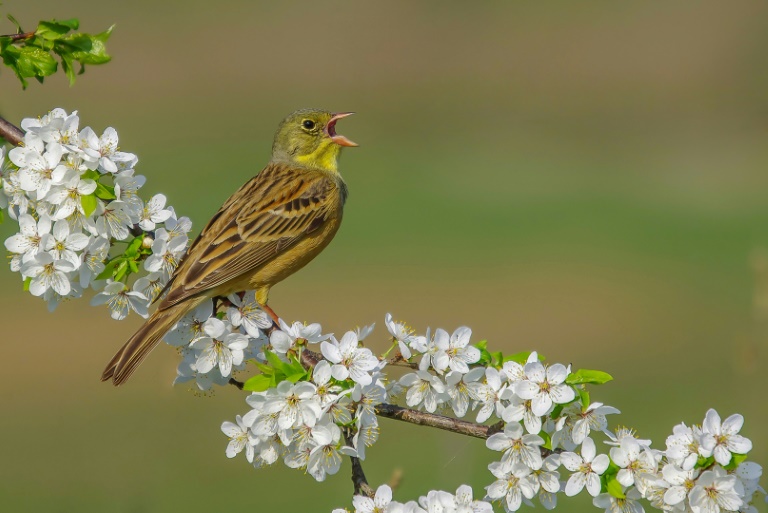 The ortolan bunting, like one seen here in Lithuania, is a prized delicacy in France/AFP

Every year, nearly five million breeding pairs of ortolan buntings — a type of tiny songbird classified as endangered in several countries — migrate from Europe to Africa for the winter.

About 300,000 of the birds pass through southwestern France, where they fall prey to hunters who for decades have defied bans on harvesting them in the name of gastronomic tradition.

You see, the ortolan bunting is seen by elite chefs and foodies as a rare culinary treat — one that is consumed whole, bones and all, with a napkin over one’s head, for privacy and to better inhale its aroma.

Late French president Francois Mitterrand was a noted fan. And even though his country listed the species as protected in 1999 after his death, the hunt has gone on.

Now, European experts say in a study published Wednesday in the US journal Science Advances that illegal hunting is precipitating the demise of the ortolan bunting (Emberiza hortulana), which is already suffering due to loss of its natural habitat and other factors.

“If hunting of the ortolan continues, it will lead to the ortolan’s disappearance,” Frederic Jiguet, a professor at France’s national museum of natural history and the study’s main author, told AFP.

Jiguet had already led a study commissioned by France’s environment ministry to try to settle the battle between the French state and hunters about the ortolan on a scientific basis.

That study, published in 2016 and financed in part by the hunting federation in the southwestern Landes region, estimated the number of songbirds migrating across France had dropped 20-30 percent from 2000 to 2014.

In the new study, researchers went farther, calculating the risk of the bird’s extinction under several scenarios.

The most optimistic case would yield a risk of extinction of 66 percent within a century, if the hunt in France were to be cut by 15,000 birds a season, out of the estimated 30,000 that are caught each year.

“Removing 30,000 birds each autumn from the population crossing France constitutes a significant contribution to the decline of the species,” Jiguet said.

Like all birds in rural areas, the ortolan buntings are also falling victim to modern agricultural practices, a drop in the insect population, and pesticide use, but hunting is seen as compounding those factors.

“Ending the hunt would give the ortolan an average of twice the chance of survival,” Jiguet said. “It would not necessarily save it. We’d then have to change ways of farming.”

The ortolan only weighs 20 grams (0.04 pounds). Its consumption is seen by many as something of a transformative culinary experience.

Michelin-starred celebrity chef Alain Ducasse angered animal rights activists by serving the birds at an invitation-only meal at the posh Le Cirque in New York in 1995.

“It’s sort of a hot rush of fat, guts, bones, blood and meat, and it’s really delicious,” the late chef Anthony Bourdain told Stephen Colbert of the meal in a 2011 interview.

The bird was even consumed in an episode of the Showtime drama “Billions” last year.

In 1979, the European Union’s Birds directive listed the bird as a protected species, but the French state long turned a blind eye to ortolan hunting, only proceeding with its own listing 20 years later.

But in the Landes region, local authorities still allowed a limited number of traps despite pressure from Brussels, which eventually filed a legal complaint over the practice before an EU court in 2016.

France’s Birds Protection League has consistently battled for the hunt to end.

Its members regularly tried to destroy traps — prompting an angry scene in 2015 that went viral, with an underwear-clad hunter wielding a shovel to chase them away.

Last week, France’s highest court upheld a ruling that fined hunters who had violated the laws on ortolan hunting.

Frederic Dutin, a lawyer for an association of traditional trappers in the Landes, told AFP on Wednesday that the group wanted “the re-establishment of a strictly regulated ‘tolerance’ to allow for observation of the evolution of ortolan populations.”

But for Jiguet, recent studies have “helped the government to make decisions, and hunters to accept them.” 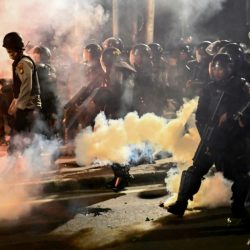