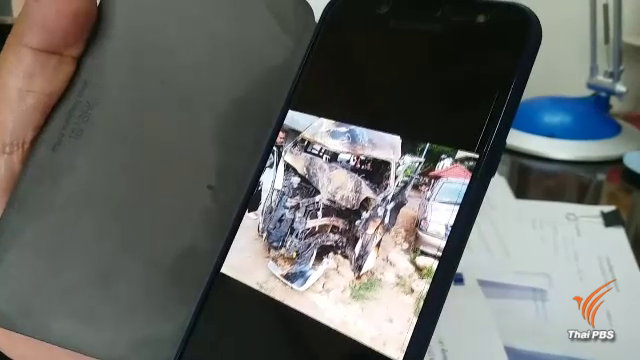 Mr Surachai Tubya, the provincial transport chief, said  the land transport office had decided to suspend the driving licence of the driver of the ill-fated passenger van which crashed into a roadside tree and burned, killing nine passengers and injuring six others, including the driver himself in Kamphaeng Phet province on Sunday.

He alleged that the Thai driver, identified as Komwat sae Phu, had broken the law by carrying altogether 14 passengers, all of them Myanmar migrant workers, exceeding the 12-person limit, which is liable to a fine of 5,000 baht.

Also, he said that the driver did not switch on the GPS system equipped in his passenger van as legally required – a breach of safety measure punishable by a fine not exceeding 5,000 baht.

He added that since the driver is also the passenger bus operator, the latter will be liable to a fine of 50,000 baht for not using the GPS system in the vehicle.

However, the driver still faces charges of reckless driving, causing death to the other people, which is a criminal offence liable to imprisonment.

Police are unable to question the driver, Komwat, as he is being hospitalized with serious multiple injuries.

Police initially suspected that Komwat might have fallen asleep momentarily while driving, causing the van to skid out of the road, crash into a roadside tree and catch fire.

Nine passengers were burned beyond recognition in the van. 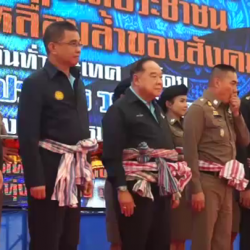