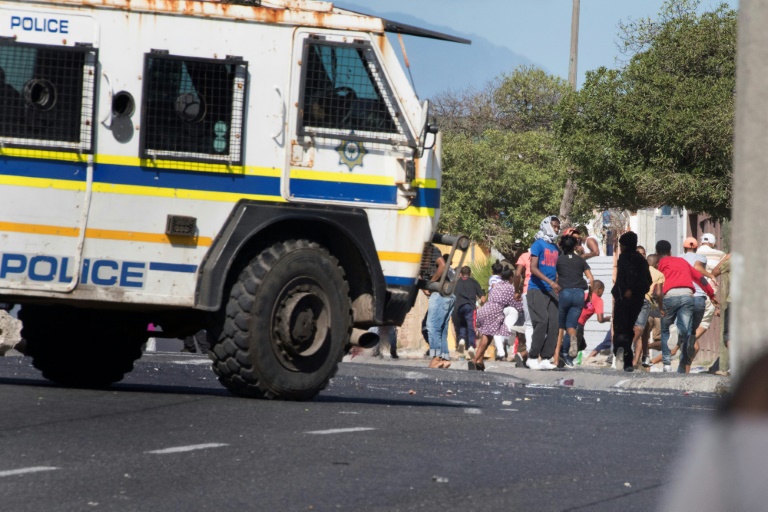 Hundreds of angry people fought running battles with the police, hurling rocks and setting up barricades on the streets with burning tyres in Mitchells Plain over undelivered food parcels.

“We have small children. We want to eat. They must also eat,” said resident and mother Nazile Bobbs.

“They said we are going to get parcels, where (are) the parcels? How long are we (going to be) in the lockdown?”

South Africa is currently in the middle of a five-week lockdown to curb the spread of coronavirus which has so far infected more than 2,400 people.

President Cyril Ramaphosa has promised to provide basics such as water and food supplies to the poorest South Africans.

Many people, especially those working in the informal economy, are unable to ply their trade and have lost income due to the lockdown which came into effect on March 27.

Community leader Liezl Manual said people came out of their homes “frustrated wanting to know” where the food parcels were.

“I don’t think Ramaphosa is doing something,” said another resident Denise Martin, adding that people would “rather die of coronavirus than to die in our homes of hunger”.

Some government officials were starting to become overwhelmed by the surging needs in a country ranked among one of the world’s most unequal.

“People are so desperate for aid such that even those people that would not be provided by us think they can get support from us,” Busisiwe Memela-Khambula CEO of SA Social Security Agency (Sassa), a government department responsible for distributing food aid.

The department normally helps people with disability, those who failed to access their social security grants or those generally experiencing hardships, she said.

“But unfortunately now everybody is experiencing hardships,” she said on local television. 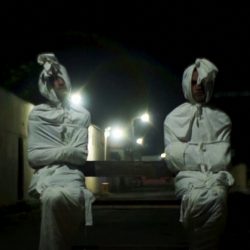 Would you dare to go out at night?