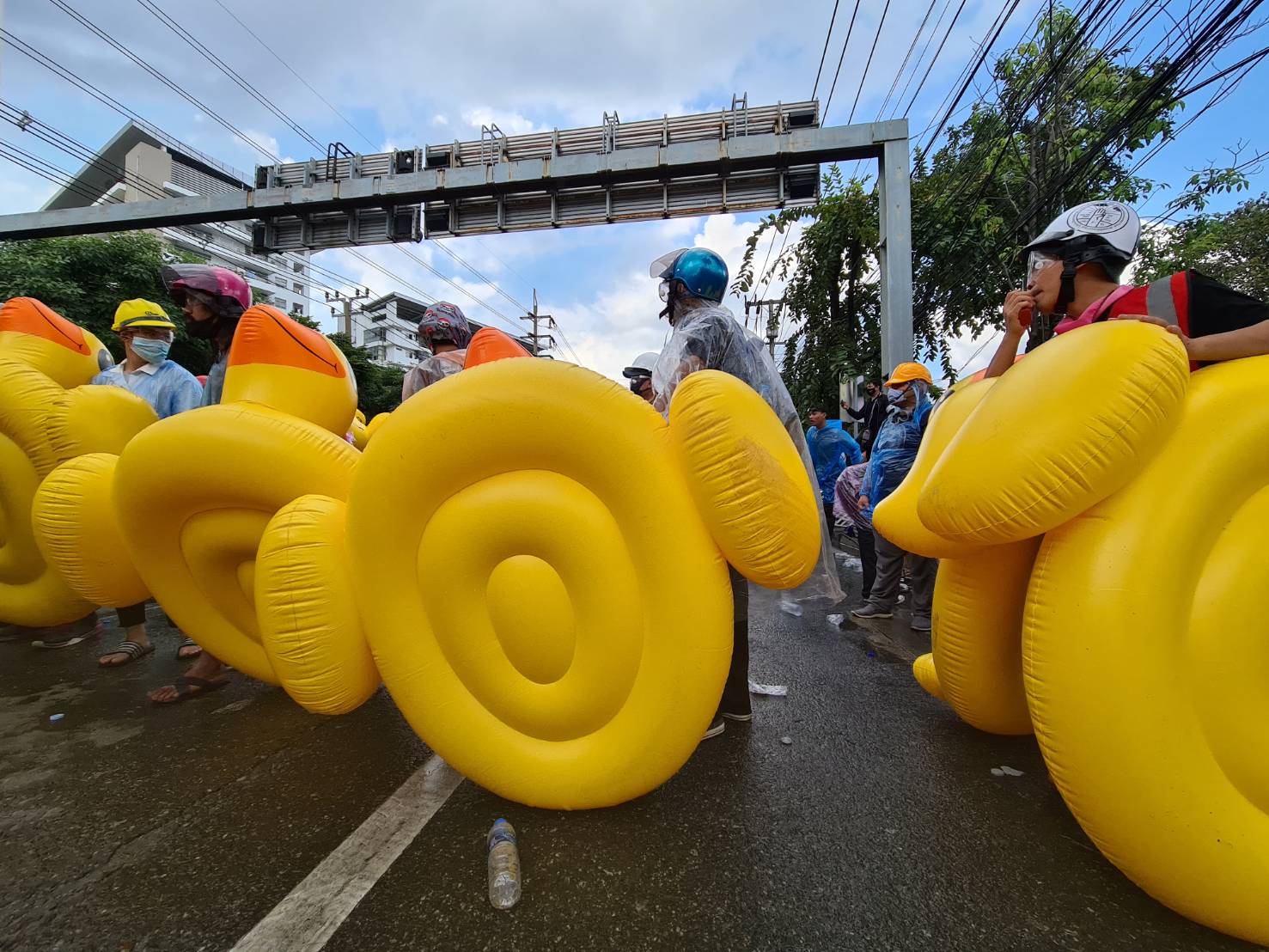 Giant rubber ducks are generally cute and harmless, good for a few laughs in the pool with friends. But in certain circumstances, they have the power to shake governments and oust powerful figures.

Inflatable yellow ducks waded into Thailand’s political conflict for the first time this week, when anti-establishment protesters used them as shields against water cannons firing chemical-laced and coloured solution outside Parliament.

The incongruous presence of these giant toys at Tuesday’s clashes not only made international headlines and spurred artistic depictions, but also drew public attention to the fact rubber ducks have a long connection with protests. 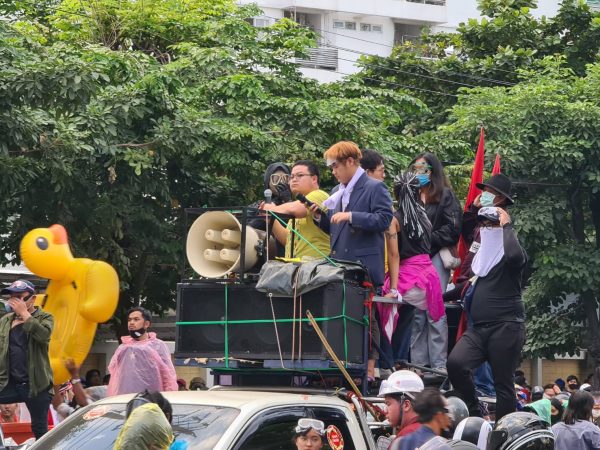 In Thailand, cartoon images of the new protest stars in different poses have gone viral on social media over the past few days.

In one image, a yellow duck is dressed as a general. In another, it carries a protester, with the message: “Sleep well people. I will take care of you”. The “protector” duck mocks the giant statue that stands at Royal Thai Police headquarters in Bangkok, depicting a policeman carrying an injured person while a young child clings to his leg.

The statue is meant to depict the gentle nature of Thai policemen – a far cry from what was experienced by the protesters rallying outside Parliament for changes to the Constitution on Tuesday.

“I got the idea for yellow ducks during a trip to Rayong,” said singer-cum-actress Inthira “Sine” Charoenpura, who has been dubbed the godmother of the youth-led anti-establishment movement. “I was thinking of what could be used to surround the riverside Parliament.”

Her aim was purely practical, though. She didn’t imagine the giant yellow ducks would be adopted as a protest mascot in Thailand – as they have been elsewhere.

When Dutch artist Florentijn Hofman launched his “Rubber Duck” sculpture more than a decade ago, he never thought his playful creation would become a political star. Modelled after the beloved bath toy, his giant inflatable yellow ducks have been spotted in different cities across the world since 2007.

However, his artwork first made world headlines in 2013, when it replaced the tanks in the iconic image of “tank man” standing up to authorities during the Tiananmen Square massacre of 1989. Shaken by the popularity of this new version, Chinese authorities responded by blocking internet searches for “Big Yellow Duck”.

Two years later, the yellow duck surfaced in Serbia during “Don’t Let Belgrade D(r)own” protests against the government’s decision to award a project to construct the capital’s riverfront to a foreign firm. In Serbian slang the word for duck, “patka”, also means fraud. 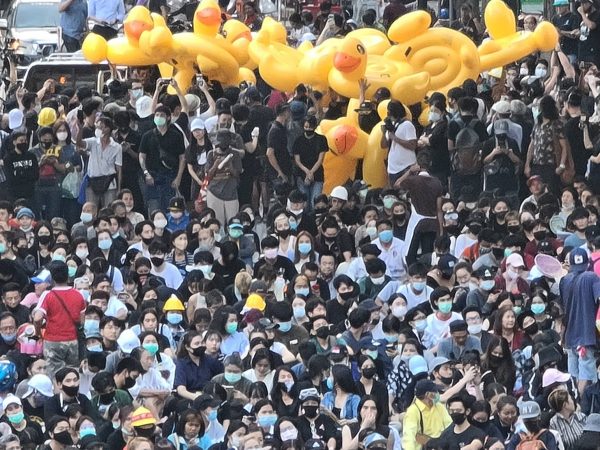 In 2016, the giant yellow inflatables showed up in Brazil, as a symbol for businesspeople who were fed up with the economic downturn. “Paying the duck” in Portuguese means having to pay for someone else’s mistakes.

Brazilian business leaders were unhappy with then-president Dilma Rousseff, who took over one of the world’s fastest growing economies in 2011 but oversaw a decline that saw Brazil become one of the globe’s worst performers. In 2015, the Brazilian economy contracted by 3.8 per cent. Rousseff was finally impeached and removed from office.

Unlike Rousseff, Medvedev survived the inflatables’ assault and held the prime minister’s post until January 2020. 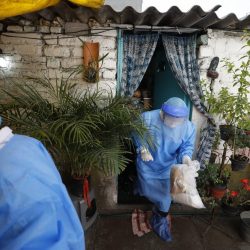