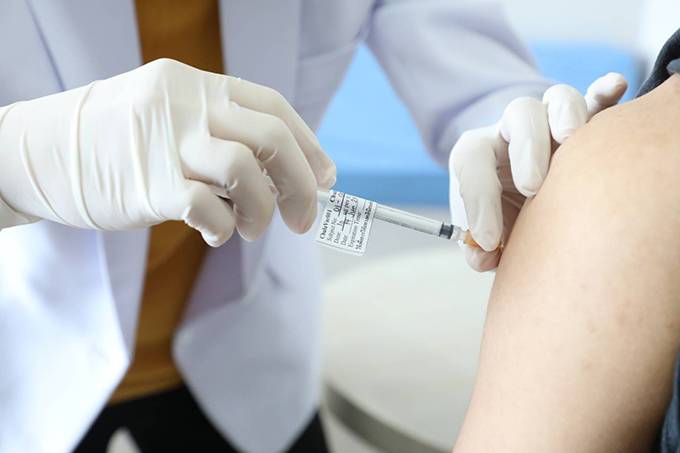 The mRNA vaccine, currently being developed by the Vaccine Research Centre of the Faculty of Medicine of Chulalongkorn University, can stimulate the immune system to produce killer T-cells which can stop four COVID-19 variants, namely Alpha, Delta, Beta and Gamma, said Professor Dr. Kiat Ruxrungtham, director of the vaccine development project, today (Monday)

He said that the initial results of the first phase of human trials of the ChulaCov19 mRNA vaccine candidate in 36 volunteers, aged between 18 and 55, who were given two shots, are “good news”.

The human results show that the vaccine stimulates the production of antibodies at a level close to that of the Pfizer vaccine and is high enough to stop the spread of the original COVID-19 variant and the variants, said Dr. Kiat, adding that killer T-cells produced by the antibodies are capable of killing and controlling the virus in the cells of infected people.

He also said that the 36 volunteers only suffered mild or moderate post-vaccination side effects, which disappeared in 1 to 3 days, with none of them suffering from significant adverse side effects.

The Vaccine Research Centre is in the process of conducting human trials on another group of 36 volunteers, aged between 56 and 75, he said, adding that greater caution will be exercised in this phase and monitoring of their conditions will be over a longer period.

The next phase will involve 150 volunteers, aged from 18 to 75, with one group of 20 volunteers to be inoculated with a suitable dosage of ChulaCov19 vaccine and another group of 30 to be given the Pfizer vaccine, for comparison.

A committee will meet this week to decide the exact vaccine dosage to be administered in the next phase of human trials against mutated variants, scheduled to start on August 25th.

There are three more phases of trials before a vaccine can be registered, said Dr. Kiat, as he anticipates that at least one of the four vaccine candidates now under development will be administered to the public before the Songkran festival (April) next year.

For a vaccine to receive Emergency Use Authorisation (EUA), four conditions must be met, namely that funding must involve the private and government sectors and civil society and the funding must be enough and efficiently managed, that the vaccine must pass through the 2B phase or the 3rd phase of human trials, that the manufacturing plant must be ready to mass produce the quality vaccine within this year and that the procurement policy by the state, the private sector or the people must be clear. 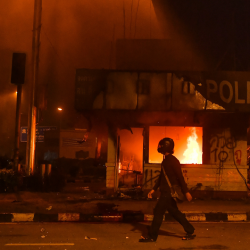