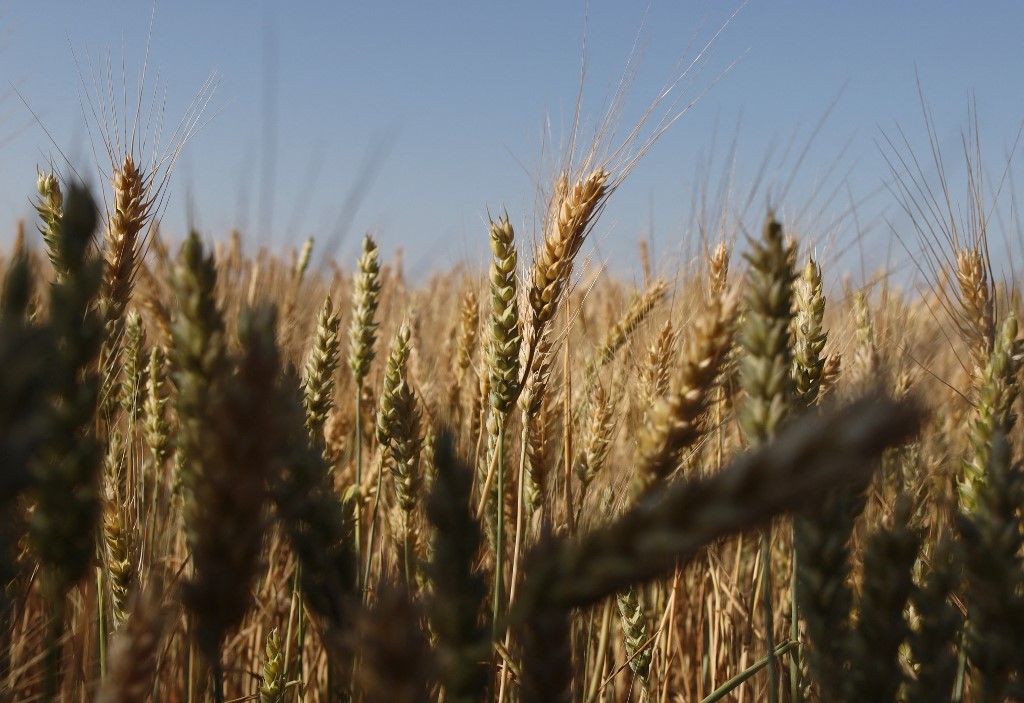 This photograph taken on June 14, 2022, shows wheat grain ears on a field near Izmail, in the Odessa region, amid the Russian invasion of Ukraine. – In the Ukrainian port of Izmail, on the Danube river that marks the border with Romania, rows of trucks filled with grain stand in line. (Photo by Oleksandr GIMANOV / AFP)

During a recent United Nations Security Council meeting, Russia’s ambassador abruptly left the room when the European Council’s president Charles Michel blamed Russia’s invasion of Ukraine for causing increases in global food prices – “You may leave the room, maybe it’s easier not to listen to the truth, dear Ambassador” were the last words he heard. Today, it is more important than ever to debunk the myths and disinformation campaigns run by Russia, one of which is stating falsely that the EU and Western sanctions are contributing to the rising food prices. Let us examine the facts.

Ukraine accounts for half of global sunflower oil exports, it is also among leading exporters of corn, wheat, barley and other cereals. Russia has destroyed much of the Ukrainian agricultural land it has invaded and, according to estimates by the Food and Agriculture Organization, a third of the crops may not be harvested this year. Russia blocks Ukrainian ports and nearly 300 cargo ships in the Black Sea cannot export 20 million tons of cereals that are currently stuck in Ukrainian ports. As a result, the global supply of cereals has been greatly reduced and price spikes are observed.

Ukraine used to export up to 6 million tons of grain per month but, due to Russian aggression, these capacities fell to 300 000 tons in March and 1.1 million tons in April. Farmers are preparing for a new harvest but cannot export even the last year’s grain. During this season, export of at least 50 million tons of Ukrainian grain is at risk. Aggression by Russian military forces had a very negative impact on the agricultural production potential of Ukraine. In some areas it is not possible to carry out a complete sowing campaign. The invasion has also led to significant damage or the theft of agricultural machinery and equipment, cereals, fertilizers; many facilities, such as warehouses and food processing plants, were also destroyed.

At the same time, Russia is running a propaganda campaign in many countries, in which it blames the West for the war in Ukraine and for global food insecurity, while totally neglecting the impact of the Russian invasion of Ukraine (including blockage of the Ukrainian sea ports, grain robbery or distraction of production capacities) on commodity markets. It is crucial to emphasize that the European Union sanctions on Russia do not target agriculture. They also do not prevent Ukraine from exporting its sunflower oil or cereals in any way. We must be aware that, for Russia, information is a weapon that it uses ignoring the truth and spreading fake news. Russia – not for the first time in its history – is using hunger as a weapon and blackmailing the world. The Kremlin deliberately intends to create a food crisis and global humanitarian catastrophe.

Poland has a strong political will to help in preventing the food crisis and we are determined to provide Ukraine with the widest possible support in this regard. Since the beginning of Russia’s aggression against Ukraine, Poland has become a key logistics centre to help Ukraine. We have already taken measures to ensure smooth transport of Ukrainian agricultural products through our territory. Logistic corridors between Polish-Ukrainian borders and Polish ports are operational. There is a fourfold increase in the volume of Ukrainian grain exports through four major Polish ports. Poland also assumes, in the short term, that there will be implementation of appropriate investments in the railway infrastructure in order to increase the transport capacity of Ukraine.

What remains essential in tackling the food crisis is proper cooperation at the regional and international levels. Poland is cooperating closely within the European Union in order to facilitate Ukrainian exports on a broader scale, along the lines of European Commission communique on “Solidarity Lanes with Ukraine”. This was clearly declared by the Polish Prime Minister Mateusz Morawiecki at the European Council on 30-31 May. Poland also joins the international community in the global fight against the food crisis, deepened by the military aggression of Russia against Ukraine. The emergency that Ukraine, Poland, Europe and the world are facing now will need a broad systemic response, with engagement of the international community. We should not let the Kremlin’s disinformation campaign distract us from the goal of building a safe and food secure world.

By Waldemar Dubaniowski, Ambassador of Poland to Thailand 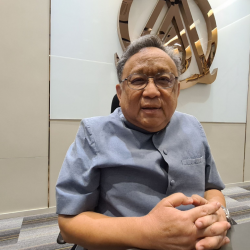