Household electricity users to get discounts from September to December

Thailand’s Committee on Energy Policy Administration (CEPA) agreed today (Monday) to help shoulder the burden on household electricity consumers through discounts from September until December, the period the fuel tariff (FT) will be hiked.

According to the committee, households which use no more than 300 units of electricity per month will get a discount of 92.04 satang per unit from September until end of December.

Households which use between 301-500 units per month will be given discount rates on step-by-step format, ranging from 15% to 75%. These users account for 89% of household users nationwide, or 80% of all users.

CEPA, at its meeting today, also agreed to grant a 100-baht subsidy, through the state welfare cards, to low-income earners for the purchase of cooking gas, from mid-October until end of December.

The current subsidy is due to end at the end of September.

The increase in the FT is attributed to increased dependence on liquefied natural gas from the spot market, purchased to compensate for the reduction of natural gas supplies from the Gulf of Thailand and from Myanmar, as well as the fluctuations of LNG prices on spot market. 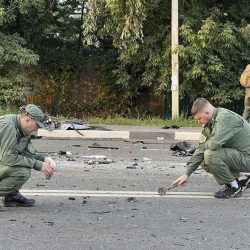