Thailand’s Lower House Scrutiny Committee on the Cannabis and Hemp Bill has decided to set a limit of 10 on the number of cannabis plants which can be cultivated for household use and on the size of the land on which cannabis can be cultivated for commercial purposes by small, medium and large scale enterprises, according to Panthep Puapongpan, spokesman for the committee.

The decision will be debated and voted on in the Lower House in its second and third readings, as the Bill passes the first reading on June 8. The Bill legalises the controlled use, sale, import and export of cannabis, plants and their extracts, but it did not specify how many cannabis or hemp plants an individual can grow.

Panthep explained that small-size enterprises are those with land not exceeding 0.8 hectares for cannabis cultivation, medium-size with land not more than 3.2 hectares and large-size enterprises cultivating over 3.2 hectares. There are, however, no limits on the number of cannabis plants which can be cultivated for commercial purposes on that land.

Since the Public Health Ministry’s announcement, removing cannabis and hemp from the Category 5 narcotics list, came into effect on June 9th, almost 900,000 people have registered to grow the plants, on the understanding that there is no limit to the number of plants they can grow.

Public Health Minister Anutin Charnvirakul also said, at that time, that there are no limits on the number of cannabis or hemp plants that a household can grow, but that they cannot be used for recreational purposes.

He said that, according to the House scrutiny committee, medium and large enterprises will be required to pay more to the state, because they are expected to generate more revenue from cultivation and production of cannabis, compared to smaller enterprises, which will be charged the lowest taxes or none at all.

For medical facilities, which want to grow cannabis for medical purposes, each facility will be allowed to grow the plants on a maximum of 0.8 hectares.

The House scrutiny committee has been given 15 days to complete vetting of the Bill, after which it will return to the Lower House for its second and final readings.

The bill was initiated by Bhumjaithai, the second biggest government party. The party considers decriminalisation of cannabis and hemp, for medical and economic purposes, to be a top policy priority. 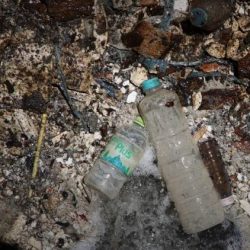