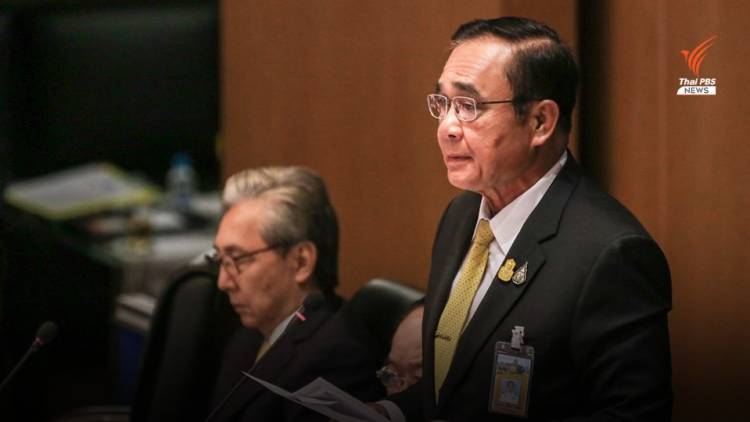 Thirty-eight opposition MPs have been allocated 42 hours on the floor during the four-day censure debate, which kicks off on Tuesday (Feb 16), with voting scheduled for Saturday (Feb 20).

Here are some key points to look out for during the House grilling.

Opposition MPs are expected to spend about a day and a half grilling Prayut alone, and it is unlikely that they will avoid mentioning the monarchy.

In the censure motion, the opposition accuses the premier of “destroying the good bond between the monarchy and the people, citing the monarchy in dividing the people, and using the institution as a shield for his government’s mistakes and failures”.

Opposition MPs are likely to pick up on what was said by anti-establishment protest leaders, particularly on monarchy reform.

Eleven small pro-government parties have opted out of a meeting of coalition parties, scheduled today (Saturday) and tomorrow, to make preparations for the defence of Prime Minister Prayut Chan-o-cha and nine other ministers to be censured by opposition MPs in the parliament on Monday until Thursday.

Will Prawit be spared again?

Prawit escaped scrutiny in the February 2020 no-confidence debate against Prayut and five of his Cabinet members because Pheu Thai MPs used up all the time allocated to the opposition.

This led to allegations of a prearranged deal between the government and the largest opposition party.

In the forthcoming debate, he is expected to be the main target of Move Forward MPs, after they missed their chance to quiz him last year as members of the now-defunct Future Forward Party.

People are interested to see how Prawit responds to allegations levelled by the opposition, particularly since his usual response to reporters is “I don’t know”.

The deputy PM can expect to be grilled about his past controversies – issues that would have been raised at the last no-confidence debate – as well as a new allegation that he condones “influential people”, a euphemism for criminal syndicates.

Move Forward, having learned a lesson from last year’s fiasco, are unlikely to let Prawit off the hook this time.

Though the opposition will almost certainly lose the censure vote, its allegations could open old wounds and damage Prawit’s reputation.

Among issues likely to be raised against Prawit is his Five Provinces Bordering Forest Preservation Foundation, which he allegedly uses to make backroom political deals.

The opposition is also poised to link him to illegal gambling dens and illegal migrant trafficking, which are blamed for the new wave of COVID-19 infections. Some people in these underground businesses claim connections with the deputy PM.

MPs from the second-largest opposition party are set to steal the limelight, particularly on issues related to the monarchy. They are also expected to dominate in the grilling of Prayut and Prawit.

The government’s main focus seems to be on Move Forward’s allegations, and the information, technology and sophisticated techniques to be deployed by its MPs in the debate.

February 11, 2021 Nine of the opposition Kao Klai party’s MPs have refused to sign up in support of the party’s proposed amendments to the country’s lèse majesté law. 44 MPs, led by party leader Pita Limjaroenrat have, however, agreed to support bill, which seeks to reduce the penalties for breaches of the lèse majesté law.

Nataphol is pushing for his wife Taya as a contender, while Prawit reportedly favours former police chief Chakthip Chaijinda.

Opposition politicians claim they have obtained “many useful tips” from Nataphol’s colleagues that can be used to grill him, especially in relation to his performance as minister.

They also say that Nataphol will be targeted not just by opposition MPs, but also by coalition MPs in the censure vote.

Hence, Nataphol is expected to attract the lowest number of approval votes.

Unity in the coalition

Observers do not expect double-crossing among coalition allies, as leaders of its three major parties — Palang Pracharath, Bhumjaithai and the Democrats — are all targeted in the censure debate. In fact, all 10 targeted Cabinet members hail from these three parties, with ministers from two other parties spared censure.

Pheu Thai can use this debate to restore a reputation tarnished by allegations it protected Prawit at last year’s debate.

Key opposition figures insist they are strongly united and that no “secret deals” with the government have been done this time. Pheu Thai’s performance on the House floor could prove that claim.

Opposition MPs recently warned they had damaging information that could deal a “knockout punch” against targeted ministers.

They also claim their revelation could lead to criminal proceedings and even impeachment of at least five ministers. Any Cabinet member who fails to receive majority support is at risk of impeachment.

Representing opponents of the Criminal Code’s Article 112, Move Forward Party on Wednesday (Feb 10) submitted a bill seeking changes to legal provisions for the crime of insulting the monarchy. A royalist group hit back a day later by submitting a petition with more than 100,000 signatures, calling on the Senate speaker to block moves to amend Article 112.

Both sides have protest teams

This censure debate is set to see loud protests from both sides of the House. Issues related to the monarchy are expected to attract the loudest and longest disputes, consuming much of the allocated debate time.

Palang Pracharath has a legal team poised to pounce on any opposition MP it deems has violated the draconian lese majeste law during the debate. And allegations made by Move Forward MPs could be used against them as evidence in a future case to dissolve the party.

Anti-establishment protesters plan a large gathering during Saturday (Feb 20)’s vote, to push for the release of four protest leaders thrown into jail on charges of lese majeste.

Protesters have not set the venue, though security agencies expect them to gather outside Parliament. Authorities are concerned over possible violence, given clashes outside Parliament last November when supporters of motions to amend the junta-sponsored charter were met by police water cannon before clashing with opponents of charter change. The incident left six people with gunshot wounds and many with other injuries.

It appears the government will be fighting on two fronts this week – in the House to survive the censure debate and on the streets to prevent violence. 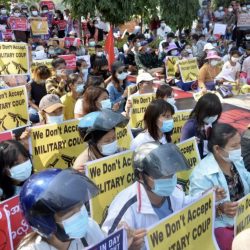 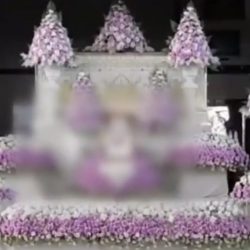