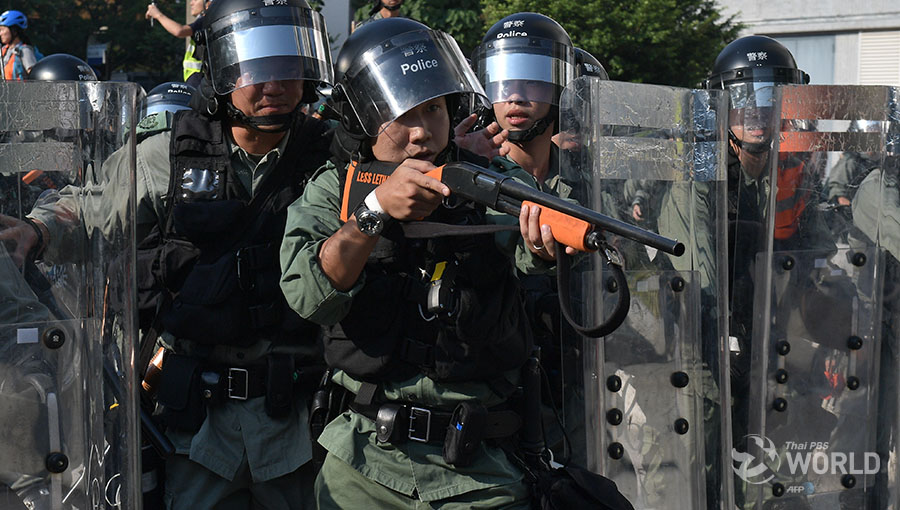 HONG KONG (Reuters) – Hong Kong police fired volleys of tear gas to disperse democracy protesters marching in sweltering heat on Saturday after pro-China groups pulled down some of the “Lennon Walls” of anti-government messages in the Chinese-ruled city.

The first volley was fired when a protester hurled a petrol bomb towards the approaching police line.

The marchers converged on the government offices in the town of Tuen Mun, in the west of the New Territories, where some set fire to a Chinese flag on the ground as others tore down wooden and metal fences and traffic bollards to build road blocks.

Some were trashing fittings at the Light Rail Transit station, digging up bricks and picking up stones at the sides of the tracks. Others turned fire extinguishers on the police.

Dozens of Beijing supporters had earlier torn down some of the large mosaics of colorful Post-it notes calling for democracy and denouncing perceived Chinese meddling in the former British colony which returned to Chinese rule in 1997.

“I am a Chinese man!” one the pro-Beijing protesters shouted in defense of his actions when confronted by pro-democracy supporters.

The walls have blossomed across the Asian financial center, at bus stops and shopping centers, under footbridges, along pedestrian walkways and at universities.

They have also occasionally become hot spots of violence in more than three months of unrest.

Hong Kong’s protests picked up in June over legislation, now withdrawn, that would have allowed people to be sent to mainland China for trial. Demands have since broadened into calls for universal suffrage.

A pro-Beijing city legislator, Junius Ho, who has been a vocal critic of the protests, had urged his supporters to clean up approximately 100 Lennon Walls around the city on Saturday.

But in a message posted late on Friday on his Facebook page, Ho said “for the sake of safety” the Lennon Walls would not be cleared up, only the streets.

Steve Chiu, who works in finance, said people like Ho would only give the pro-democracy movement fresh impetus.

“Through provocative acts like this, he helps unify the moderates and frontline in the movement,” he told Reuters.

“It’s like a wave. Sometimes we’re in a trough and sometimes on a crest, and we’re rising again.”

The walls are named after the John Lennon Wall in communist-controlled Prague in the 1980s that was covered with Beatles lyrics and messages of political grievance.

The anti-government protesters are angry about what they see as creeping interference by Beijing in Hong Kong, which returned to China under a “one country, two systems” formula that ensures freedoms not enjoyed on the mainland.

China says it is committed to the “one country, two systems” arrangement and denies meddling. It has accused foreign governments including the United States and Britain, of inciting the unrest.

The demonstrations have taken on their own rhythm over the months and tend to peak at weekends, often with anti-government activists, many masked and in black, throwing petrol bombs at police, trashing metro stations, blocking airport roads and lighting street fires.

At times, they have been confronted by supporters of Beijing wielding sticks. 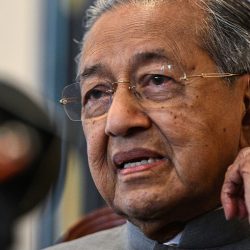 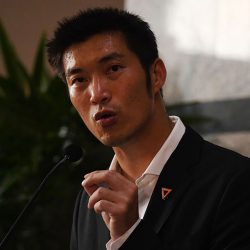