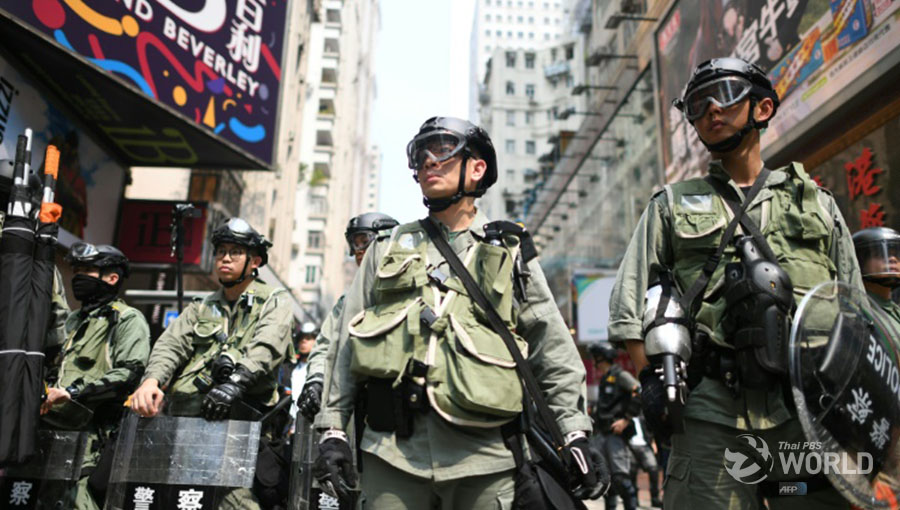 Hong Kong descended into a second day of clashes between protesters and riot police on Sunday with officers firing tear gas in a busy shopping district.

Pro-democracy activists have stepped up their four-month-long campaign in the financial hub ahead of celebrations planned for the 70th anniversary of communist China’s founding from Tuesday.

Police fired tear gas at protesters in Causeway Bay after angry crowds surrounded and heckled officers who had conducted stop and searches and then made a series of arrests.

The latest violence came after officers used tear gas, pepper spray and water cannon trucks on Saturday night to beat back hardcore activists who were throwing rocks and petrol bombs at government offices.

China is preparing for huge, tightly choreographed festivities including a huge military parade in Beijing to revel in the country’s emergence as a global superpower.

But ongoing unrest in Hong Kong threatens to upstage those celebrations as the semi-autonomous city boils with public anger over the erosion of its special freedoms under Beijing’s rule.

Over the last 17 weeks, Hong Kong has witnessed the worst political unrest since its handover to China in 1997 with huge pro-democracy rallies as well as increasingly intense clashes.

The city’s summer of discontent — first triggered by an extradition bill to the mainland that has since been shelved — has morphed into a call for free elections and less intervention from Beijing.

Activists had vowed a series of rallies in the days leading up to Tuesday’s anniversary.

On Friday and Saturday night, tens of thousands of people turned out for two peaceful rallies.

Saturday night’s clashes took place on the sidelines of a large gathering but gave a taste of what is expected to be a tense few days.

Online forums used by the largely leaderless protest movement had encouraged protesters to meet on Sunday afternoon in Causeway Bay to take part in a “anti-totalitarianism” rally — part of a series of protests held around the globe this weekend by Beijing critics.

But police flooded the area ahead of the planned gathering, stopping and searching a number of people.

After a bottle was thrown towards officers, tear gas quickly followed.

The clouds of acrid smoke sent people scattering, but crowds soon reformed and began marching down a main road leading through the city.

Under the policy of “one country, two systems”, China has offered tiny Hong Kong certain liberties denied to citizens on the mainland -– including freedom of expression, unfettered access to the internet and an independent judiciary.

But the arrangement is due to expire in 2047 and many accuse Beijing of eroding some of those freedoms in recent years. 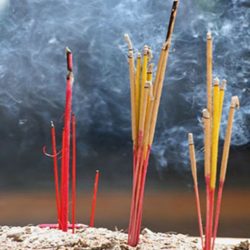 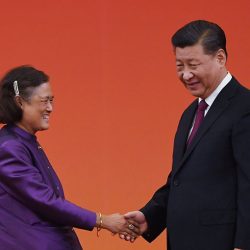