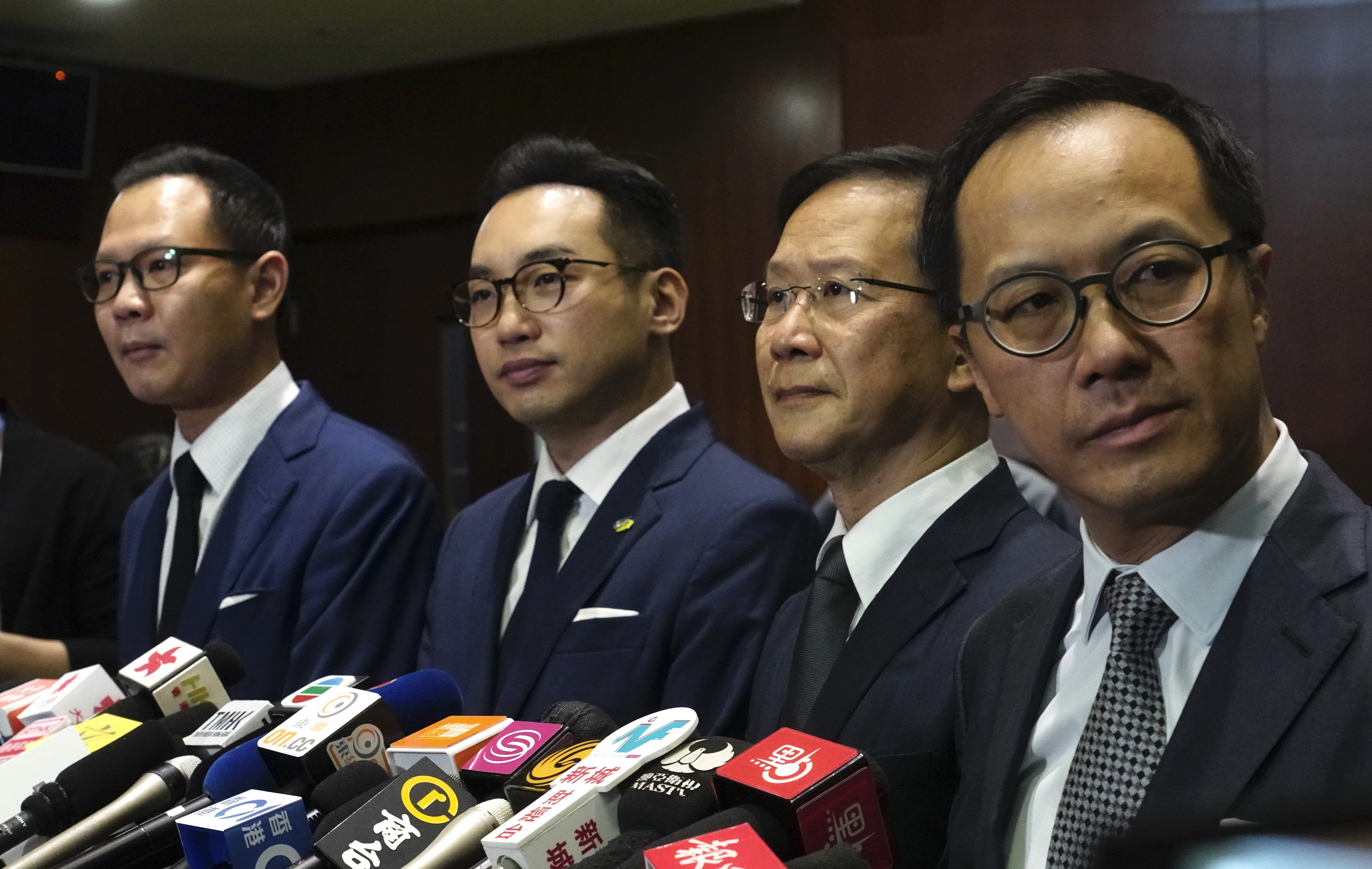 Hong Kong has moved to disqualify four pro-democracy legislators, after Beijing passed a resolution that would allow the local government to remove lawmakers from their positions if they’re deemed to threaten national security.

The disqualification came after the National People’s Congress Standing Committee, which held meetings on Tuesday and Wednesday, passed a resolution stating that those who support the city’s independence or refuse to acknowledge China’s sovereignty over the city, as well as commit acts that threaten national security or ask external forces to interfere in the city’s affairs should be disqualified, according to the state-owned Xinhua News Agency.

The four lawmakers – Alvin Yeung, Dennis Kwok, Kwok Ka-ki and Kenneth Leung – confirmed that they were disqualified in a news conference with the press.

“In terms of legality and constitutionality, obviously from our point of view this is clearly in breach of basic law and our rights to participate in public affairs, and a failure to observe due process,” said Kwok.

A mass resignation by the pro-democracy camp would leave Hong Kong’s legislature with only pro-Beijing lawmakers. The pro-Beijing camp already makes up a majority of the city’s legislature, and would allow lawmakers to pass bills favored by Beijing without opposition.

Earlier in the year, the four now-disqualified pro-democracy lawmakers were barred from running for legislative elections originally scheduled for September, prior to the government stating that it would postpone the elections by a year due to the coronavirus situation. The four lawmakers later remained in their posts following the postponement.

The elections postponement was criticized by the pro-democracy camp as an attempt to block them from taking a majority of seats in the legislature, after they had held an unofficial pro-democracy primary participated in by over 600,000 voters to decide which candidates to field. 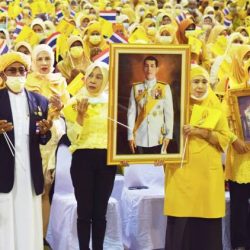 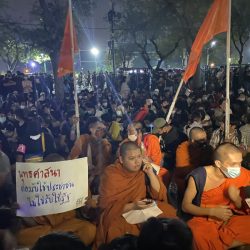 Monks and novices barred from joining the protest