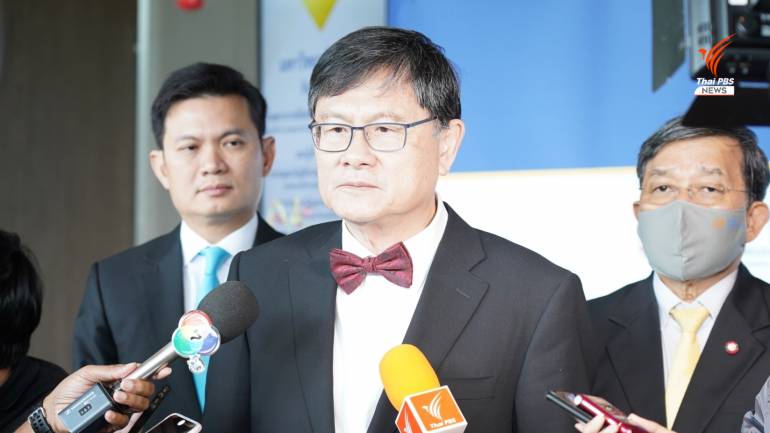 As an academic, Anek Laothamatas made his name with a “Tale of Two Democracies”, which explores the divide in Thai society between the rural and urban sectors. But in his role as a minister, Anek has become an enemy of the student-led movement that is seeking democratic change to Thailand’s status quo.

His recent attitude toward the student movement has infuriated his fellow academics, who expected the minister of Higher Education, Science, Research, and Innovation to protect the rights of both academics and students.

The trio was detained on charges of lese majeste and sedition over their roles in last year’s protests. Panusaya and Parit are Thammasat students, while Jatupat studies at Mahidol University.

Anek last week had his secretary send letters to the rectors of both universities asking whether they would consider investigating professors’ offers to post bail for detained students.

The letters were sent after the People’s Network to Protect the Monarchy urged Anek to investigate the lecturers’ ethics, claiming the bail requests infringed on the monarchy.

Anek’s move prompted academics to ask how teachers’ action to seek freedom for their students could be interpreted as unethical or against university regulations.

“I want to ask Ajarn [lecturer Anek] if they [the young students] deserve to lose their right to release on bail? Do they deserve to be detained and lose their education, their future? Is it okay for teachers to remain indifferent and allow their students to be jailed in a way that is unconstitutional and violates human rights?” asked Yukti Mukdawijitra, a lecturer at Thammasat’s Faculty of Sociology and Anthropology.

Jessada Denduangboripant, of Chulalongkorn University’s Faculty of Science, said teachers should be applauded for supporting their students.

“Until the court issues a verdict, they should be presumed innocent and not detained, no matter what the charges are,” he said.

A protest group leader, Panusaya “Rung” Sithijirawattanakul, was released from the Central Women’s Correctional Institute yesterday (Thursday) evening, after the Criminal Court granted her conditional bail. The court granted bail after Panusaya agreed to the conditions imposed by the court, supported by assurances from her parents and the vice rector for student affairs of Thammasat University.

From student rebel to minister

In the 1970s, Anek was elected president of Chulalongkorn University’s student union while studying for his bachelor’s in medicine. He was among the “October people” who fled to the jungle following the October 6, 1976 Thammasat massacre, a deadly crackdown by state forces on anti-dictatorship student protesters.

Anek wrote “The Tale of Two Democracies” in 1995 to present his theory that rural voters elect governments and urban voters overthrow them.

The Lampang native later left academia to join the Democrat Party and was elected as a party-list MP in 2001. In 2004, he left the Democrats to lead the Mahachon Party, before co-founding Ruam Jai Thai Chart Pattana three years later in 2007.

In 2018, he joined Action Coalition for Thailand, a right-leaning party founded by Suthep Thaugsuban, leader of the now-defunct People’s Democratic Reform Committee, which led street protests against Yingluck Shinawatra’s government that culminated in the 2014 coup. In August 2020, he was nominated by Suthep for his first ministerial post in a Cabinet reshuffle.

An icon for the youth-led movement seeking to topple General Prayut Chan-o-cha’s government, detained protest leader Parit “Penguin” Chiwarak is gambling with his life by refusing to consume solid food since March 15. Observers and his lawyer have voiced concern for Parit, who was taken to Ramathibodi Hospital suffering severe fatigue on April 30 – 45 days into his hunger strike.

Anek’s days as an anti-establishment activist are long gone, replaced by a firmly conservative outlook.

He took office as the General Prayut Chan-o-cha government was facing pressure from student-led protesters. They were pushing for the prime minister to step down, a more democratic Constitution and reform of the monarchy.

Anek initially voiced support for their rallies, before shifting to criticism and allegedly intimidating academics who supported them.

The 67-year-old says today’s students are passionate about their cause but have little knowledge about the past and seem driven by one-sided views presented online.

“We need to show the younger generation that what they see in the digital sphere may only represent half the truth,” he said. “I’m concerned because the youth believe that what they think is correct. But they have crossed a line [by challenging] the monarchy and traditions, which many people regard as a violation.”

A week after taking office, Anek called a meeting with university presidents and instructed them to be strict with student protesters and prevent any moves to undermine the monarchy.

“Lecturers should encourage students to realize how important the royal institution is. You have to be alert and stop students or outsiders from using campuses to insult the monarchy. Those who fail to act have to take responsibility,” he warned.

Flying to the moon

Late last year, Anek made headlines by announcing that Thailand would become the fifth Asian nation to send a spacecraft to the moon, after China, India, Japan and South Korea.

He vowed that Thailand’s moon mission would be accomplished within seven years at a cost of “just Bt3 billion”. However, his space dream met with a wave of criticism on social media, as netizens complained the money should be spent on more urgent problems such as the COVID-19 crisis. 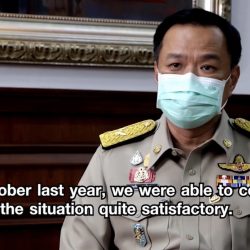 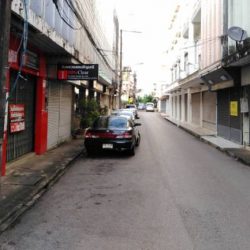