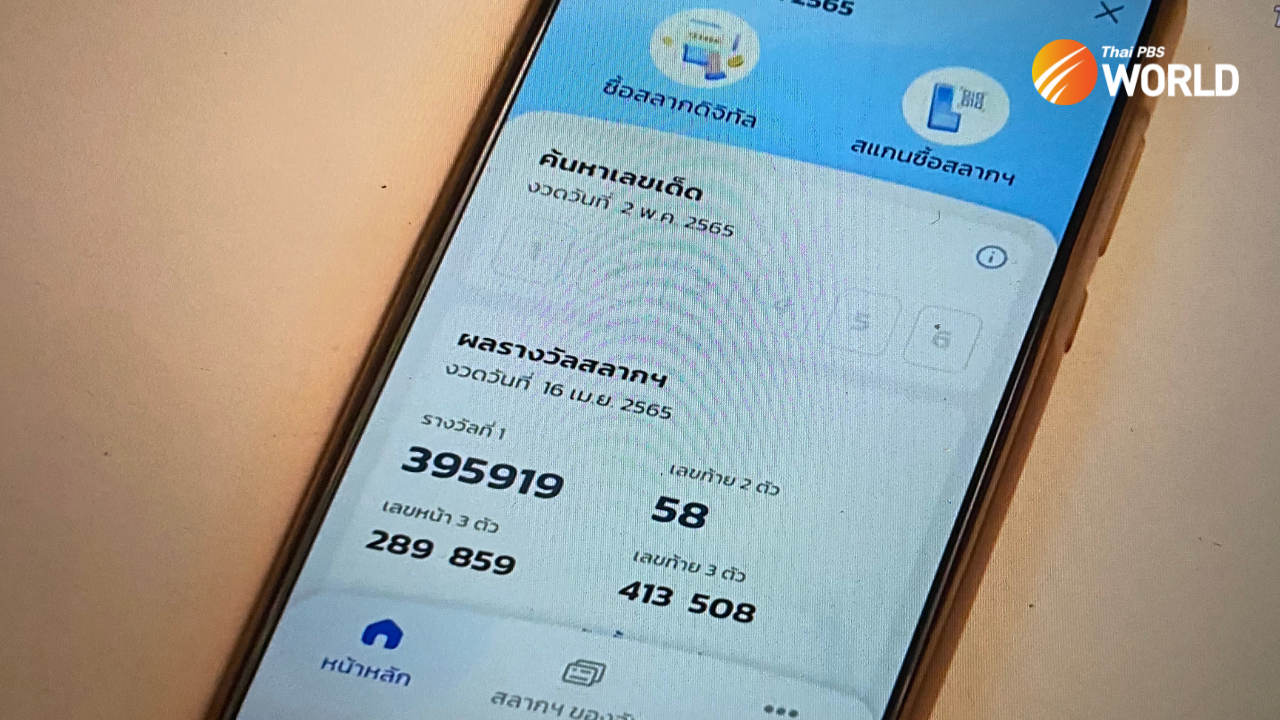 The Government Lottery Office (GLO) adopted the online channel after all other measures to prevent black-market hiking of the official 80-baht ticket price failed.

Those who bought digital lottery tickets through the app voiced satisfaction that they could do it in a few easy steps, choosing their preferred numbers and even buying tickets with identical numbers at “only” 80 baht each — a price considered a bargain for regular lottery gamblers.

Sales via the Pao Tang app launched on June 2 for the lottery draw on June 16, with a total of 5.17 million tickets offered in the new e-marketplace provided by the GLO, according to Tipanan Sirichana, spokesperson for the government committee tasked with tackling lottery overpricing.

She said the lottery tickets were seized from thousands of registered small vendors who had violated GLO rules, by selling at inflated prices or reselling their tickets to wholesalers.

Authorities were seemingly inspired by online lottery vending platforms that are abusing legal loopholes to offer a virtual marketplace for lottery vendors and making money by charging “service fees” from buyers.

In April, police raided the offices of several major online lottery platforms, including Blue Dragon and Kong Salak Plus, and charged them with selling overpriced lottery tickets.

The legal price for the government lottery is 80 baht per ticket, but players consider themselves lucky to be able to buy one at that price. Normally, lottery tickets are sold at 100 baht or higher, depending on the “demand” (either real or invented) for certain numbers — particularly the last two or three digits.

Tickets that contain a set of identical six-digit numbers are highly coveted by lottery gamblers. Due to the potential of winning a huge jackpot if the tickets hit the first prize of 6 million baht, they are sold at inflated prices — ranging from at least 100 baht per ticket in a two-ticket set to as much as 400-500 baht each in a set of 15 tickets.

Government after government has failed in their attempts to stamp out the chronic problem of lottery overpricing. The junta which came to power after the May 2014 military coup made lottery reform one of its priorities and at first, succeeded in curbing the price of a lottery ticket at 80 baht.

However, the success was short-lived, as lottery overpricing has returned with a vengeance. Despite a police crackdown and the risk of fines, many lottery vendors are still routinely selling their wares at marked-up prices.

Street vendors often ask 120-130 baht for a ticket, citing the higher cost they themselves pay when buying from major dealers. Small vendors who are allocated lottery tickets by the GLO complain about a “low margin of profit” if they obey the legal 80-baht price, as they buy each ticket for 70.40 baht from the agency.

For each lottery draw on the first and 16th of every month, the GLO allocates 100 million tickets on a non-refundable basis — 33 million to major distributors under a quota system and 67 million to 134,000 registered small vendors, who each get 500 tickets.

There are still an estimated 100,000 unregistered lottery vendors who have no choice but to buy tickets from major dealers at high prices. Some small vendors claim each lottery ticket costs them 90-95 baht, citing this as the reason they can’t resell them at 80 baht.

A large proportion of the Thai population buys tickets, as the government lottery is hugely popular despite the low odds of winning and allegedly unfavorable payout ratio compared with other countries. An estimated 21.4 million Thais buy government lottery tickets regularly while 23.7 million people gamble on the underground lottery – although these two groups may overlap.

A 2003 study calculated that the underground lottery generated at least 92 billion baht per year, though that figure could be much higher now. The study alleged that the illegal lottery business was thriving thanks to over 11 billion baht in bribes being paid to state officials every year.

A 2018 survey found that one in four Thais regularly played the government or underground lotteries, buying over 250 billion baht’s worth of tickets per year. Meanwhile, almost two-thirds of lottery players in Thailand (61.3 percent) were in the low-income bracket, earning almost a quarter less than the average monthly salary of 15,000 baht, according to a 2006 article by a Thai researcher in the International Gambling Studies journal.

The GLO leads the top 10 state enterprises contributing revenue for the country — 51.1 billion baht last year, up from 46.6 billion in 2020 and 41.9 billion in 2019. Revenue from lottery sales has remained high despite the economic crisis brought by COVID-19 over the past two years.

Lottery is one of only two forms of gambling permitted by law in Thailand — the other being horse racing in Bangkok. Records show the lottery was first introduced in the country around 1832, during the reign of King Rama III.

Initially, as most gamblers were Chinese migrants, the early Siamese lotteries were based on Chinese-style games, in which bets were placed on cards illustrated with pictures of animals, flowers, or alphabets.

The numbers-based, Western-style lottery was first introduced in the Kingdom in 1874 during the reign of King Rama V to raise funds for charity on the occasion of his birthday.

Later, lotteries were held intermittently until 1933 when the Siamese Government Lottery was created to raise money for educational and healthcare purposes. It was then that the lottery became a standard source of state revenue.

In 1939, the GLO was established, with a government lottery draw board appointed on April 5, 1939, which is considered the agency’s foundation day.

The GLO became a legal entity and state enterprise under the Finance Ministry when the Government Lottery Office Act came into force in October 1974. 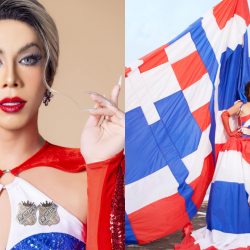 Doing ‘drag’ was kind of an escape: Pangina Heals 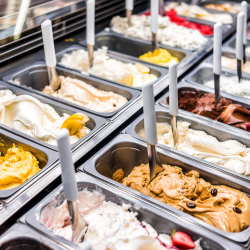