The Central Administrative Court has ruled that the cancellation of the bid for the construction of the 120-billion-baht western section of the Orange Line train project, between Bang Khun Non and Min Buri, is unlawful.

In February last year, the Public-Private Partnership selection committee decided to scrap the bid on the grounds that calling a new auction would enable the project to proceed more quickly than the current process, which was mired in legal wrangles in the Administrative Court.

One of bidders, Bangkok Mass Transit System (BTSC) filed a lawsuit with the Central Administrative Court against the Mass Rapid Transit Authority of Thailand (MRTA), the project’s owner and the selection committee, over changes to the terms of reference (ToR) after the sale of the bid envelopes by MRTA.

BTSC CEO Surapong Laoha-Unya said today (Thursday) that he is satisfied with the court’s ruling which, he added, will set a precedent for transparency and accountability in the handling of mega construction projects by the public sector.

He noted that the decision could be interpreted as meaning that the change of ToR was unlawful and that he will wait to see how the MRTA will proceed with this project and what terms of reference it will use.

He maintains, however, that the previous bid still stands because of the ruling of the court and the bidding process has not ended.

The new sealed bids are due to be opened on July 27th by the selection committee.
Transport Minister Saksayam Chidchob said that he needs to study the court’s ruling before deciding how to proceed.

MRTA Governor Pakapong Sirikantaramas, meanwhile, said that the MRTA will appeal against the Central Administrative Court’s ruling within 30 days. He also insisted that he would press ahead with the new bidding process, noting that the Central Administrative Court had earlier dismissed the BTSC’s petition for a court injunction to delay the bidding.

27kms of the route are underground and 8.9kms are elevated. There are 28 stations, including 21 underground. 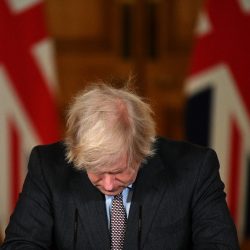 UK PM Johnson to step down 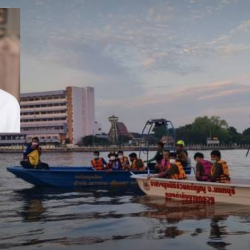