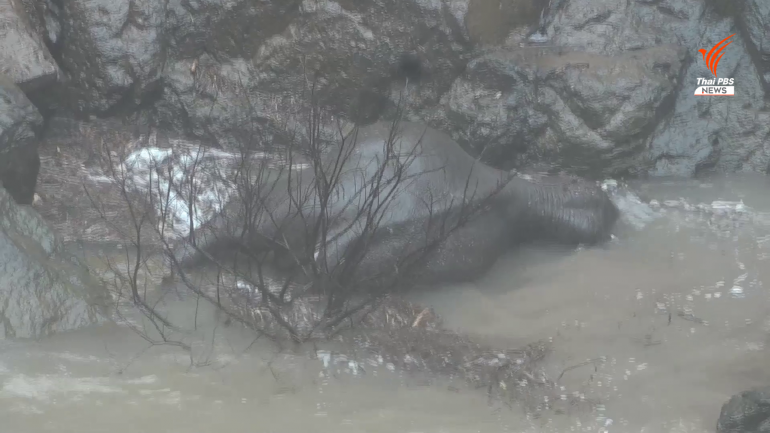 Haew Narok waterfall, in Khao Yai national park, has been closed to all as of today (Saturday) after six elephants fell into a deep ravine and drowned.

According to a report, submitted to the Department of National Parks, Wildlife and Plant Conservation chief Mr. Tunya Netithammakul by the department’s branch office in Prachin Buri province, park officials sighted many elephants gathering on Road 3077 near Haew Narok waterfall on Thursday and Friday.

At about 3am this morning, officials heard elephant cries coming from the waterfall and went to investigate at daybreak. They found a baby elephant, about three years old, half-submerged in the first tier of the waterfall with two male elephants standing on the edge of the cliff above.

Park officials ventured down the slippery ravine path, where they found five adult elephants drowned in the stream.

The park chief later ordered the waterfall closed to all visitors and instructed officials to move the remaining elephants from Road 3077 to prevent them suffering a similar fate.