Krungthep Thanakom, the business arm of the Bangkok Metropolitan Administration (BMA), has agreed to publically disclose the details of its contract and memorandum of understanding (MoU) signed between the company and the Bangkok Mass Transit System PLC (BTS) to operate the first and second extensions of the Green Line train service.

Consumer protection groups have been demanding full disclosure of the contract and MoU for a long time, but this had been rejected by BTS and Krungthep Thanakom, claiming they contain commercially sensitive information and are confidential.

The two extensions include Phase Two of the project, which covers the stretch from Wongwian Yai to Bang Wa and from On Nut to Bearing, and Phase Three, from Bearing to Kheha in Samut Prakan and from Mo Chit to Khu Khot in Pathum Thani.

The infrastructure for Phase Two is an investment by Krungthep Thanakom, while the operating system and carriages were funded by BTS. It began to be operated, between 2011 and 2013, by BTS, under a 30-year contract. All the proceeds earned by BTS are to be handed over to Krungthep Thanakom.

In 2017, the BMA entered into an MoU with BTS, allowing the latter to operate Phase Three and to pay maintenance costs until 2042. Due to a demarcation issue, because the BMA does not have jurisdiction over Samut Prakan and Pathum Thani provinces, no fees were charged for passengers using the Phase Three routes, from Mo Chit to Khu Khot and from Bearing to Kheha. 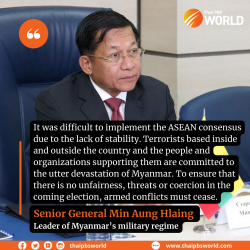