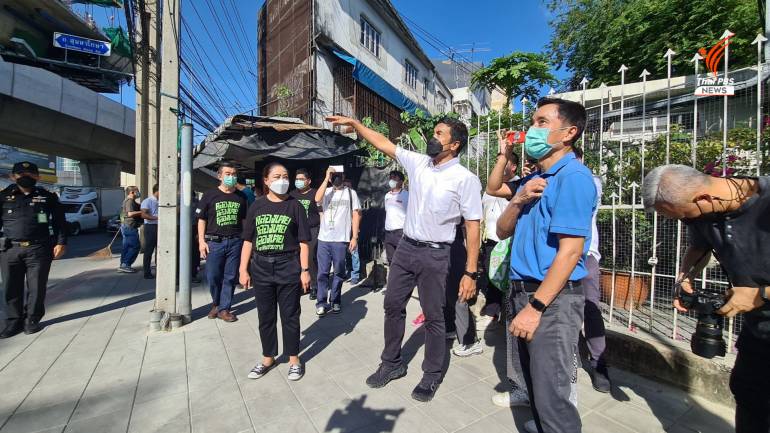 Bangkok Governor Chadchart Sittipunt launched his mobile meetings with district officials today (Sunday) and visited local people as part of his pro-active and people-centric approach to solving problems, with Khlong Toei district being the first on the inspection tour.

The governor plans to visit at least one of Bangkok’s 50 districts every Sunday.

He told the media today that he chose Sunday because most working people are at home, so he would be able to see them during his visit to their communities and listen to their problems and grievances, while not interrupting district officials while they work on normal days.

Khlong Toei, he said, has the biggest crowded community in Bangkok and has many problems, such as garbage, polluted water and traffic congestion at the Khlong Toei market and the Na Ranong Road junction.

The quality of the municipal schools in the district is another problem, he said, adding that, if this problem can be solved, then it could be used as a model to improve schools in other deprived areas.

Another problem, about which the city administration has received many complaints, is car window washers and garland sellers, who are normally found at road intersections, said the governor, adding that authorities should work out how to solve the problem without arresting them.

This issue, as well as the problem of homeless people, are related to economic problems, and the city administration has to get involved to address them.

Accompanied by senior city officials, including with one of his deputies, Chadchart had a busy schedule today. He first visited the Princess Mother Chalermprakiat Park, to plant trees, inspected the footpath around the Na Ranong area as he walked to the Khlong Toei district office to meet with district administrators.

During the tour, he was approached by several people who complained about the lack of zebra crossings at the Na Ranong Road junction, making it difficult and risky for pedestrians to cross the road.

According to the “Traffy Fondue” online complaint system, more than 30,000 complaints have been received so far, of which 900 were from the Khlong Toei district. 600 are currently being processed by the administration, 142 of which have already been solved. 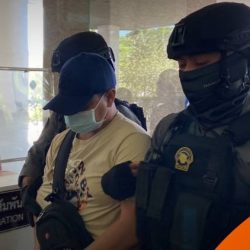