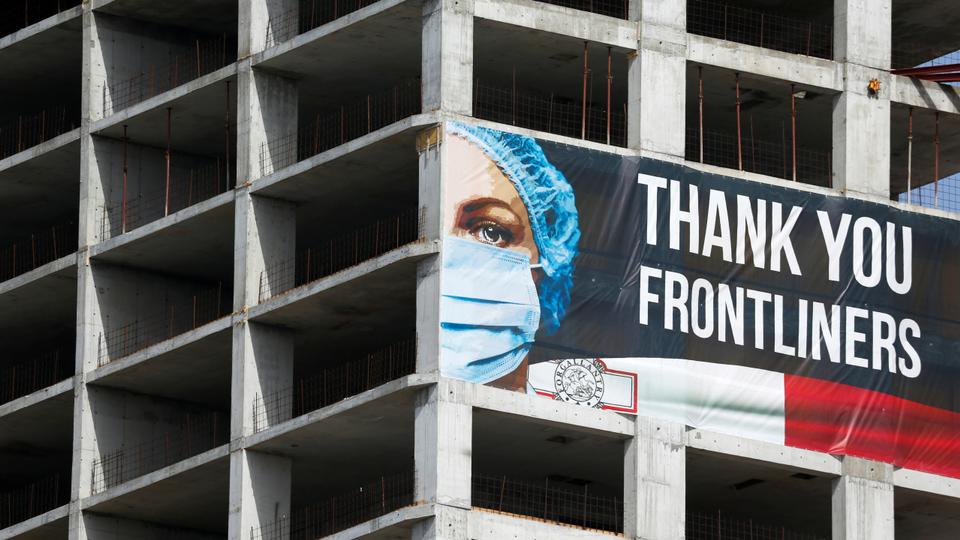 (TRT World) The coronavirus disease has infected over two million people globally since it first emerged in China’s Wuhan.

In a bulletin, the health ministry said coronavirus deaths have reached 349 while total confirmed cases have increased to 5,453, keeping the Philippines as the country with the most infections in Southeast Asia.

But 58 patients have recovered, bringing the total to 353, it added.

Coronavirus cases in Russia near 25,000 after record daily rise

It said 198 people in Russia diagnosed with the virus had now died, an overnight rise of 28.

India has announced some easing of lockdown restrictions, beginning April 20, to restart manufacturing and farming activity in rural areas to ease the suffering of millions of poor people.

India’s Home ministry issued guidelines that will also permit construction of roads and buildings in the rural areas as well as inter-state transport of essential and non-essential goods.

The step came a day after India’s Prime Minister Narendra Modi announced extension to the country’s three-week lockdown until May 3 to fight the Covid-19 which has claimed 377 lives, and infected more than 10,000 people in the South Asian nation.

Schools in Denmark started reopening on Wednesday, after a month-long closure over the novel coronavirus, according to AFP.

The Nordic country is the first in Europe to start opening up nurseries, kindergartens and primary schools after they were closed on March 12 in an effort to curb the Covid-19 epidemic.

However classes are only resuming in about half of Denmark’s municipalities and in about 35 percent of Copenhagen’s institutions, as others have requested more time to adjust to health protocols still in place.

Global Covid-19 cases on Wednesday reached the 2,000,000 mark according to Worldmeter tracker.

Globally 126,757 people have died from Covid-19 since the disease was first detected in Wuhan, China.

Germany’s confirmed coronavirus cases have risen by 2,486 to 127,584, data from the Robert KochInstitute (RKI) for infectious diseases showed on Wednesday, meaning the number of new infections rose after four days of decline.

Trump announces funding halt to WHO

President Donald Trump announced on Tuesday a suspension of US funding to the World Health Organization because he said it had covered up the seriousness of the Covid-19 outbreak in China before it spread around the world.

Trump told a press conference he was instructing his administration to halt funding while “a review is conducted to assess the World Health Organization’s role in severely mismanaging and covering up the spread of the coronavirus.”

According to Trump, the WHO prevented transparency over the outbreak and the United States — the UN body’s biggest funder which provided $400 million last year — will now “discuss what to do with all that money that goes to the WHO.”

“With the outbreak of the Covid-19 pandemic, we have deep concerns whether America’s generosity has been put to the best use possible.”

China reported on Wednesday a decline in new confirmed cases of the coronavirus in the mainland, although an increasing number of local transmissions in its far northeast bordering Russia remained a concern for authorities.

Of the new cases, 36 involved travellers arriving in China from overseas, compared with 86 imported cases a day earlier.

UN chief says ‘not the time’ to reduce WHO resources

United Nations Secretary-General Antonio Guterres said on Tuesday it was “not the time” to reduce resources for the World Health Organization.

Guterres said in a statement it was “not the time to reduce the resources for the operations of the World Health Organization or any other humanitarian organization in the fight against the virus.”

“Now is the time for unity and for the international community to work together in solidarity to stop this virus and its shattering consequences,” he said

The United States recorded 2,228 deaths related to the coronavirus pandemic over the past 24 hours, according to a tally by Johns Hopkins University as of 0030 GMT Wednesday.

The number of fatalities was a sharp increase after two days in decline.

The outbreak has now claimed the lives of at least 25,757 people in the US, the most of any country.

Mexico registered 385 new cases of coronavirus on Tuesday, bringing its total to 5,399 cases and 406 deaths, the health ministry said.

New York City’s death toll was revised to over 10,000 on Tuesday to include 3,700 deaths that are presumed to be due to the novel coronavirus but never tested,the city health department said.

“Behind every death is a friend, a family member, a loved one. We are focused on ensuring that every New Yorker who died be cause of Covid-19 gets counted,” said Health Commissioner Dr Oxiris Barbot.