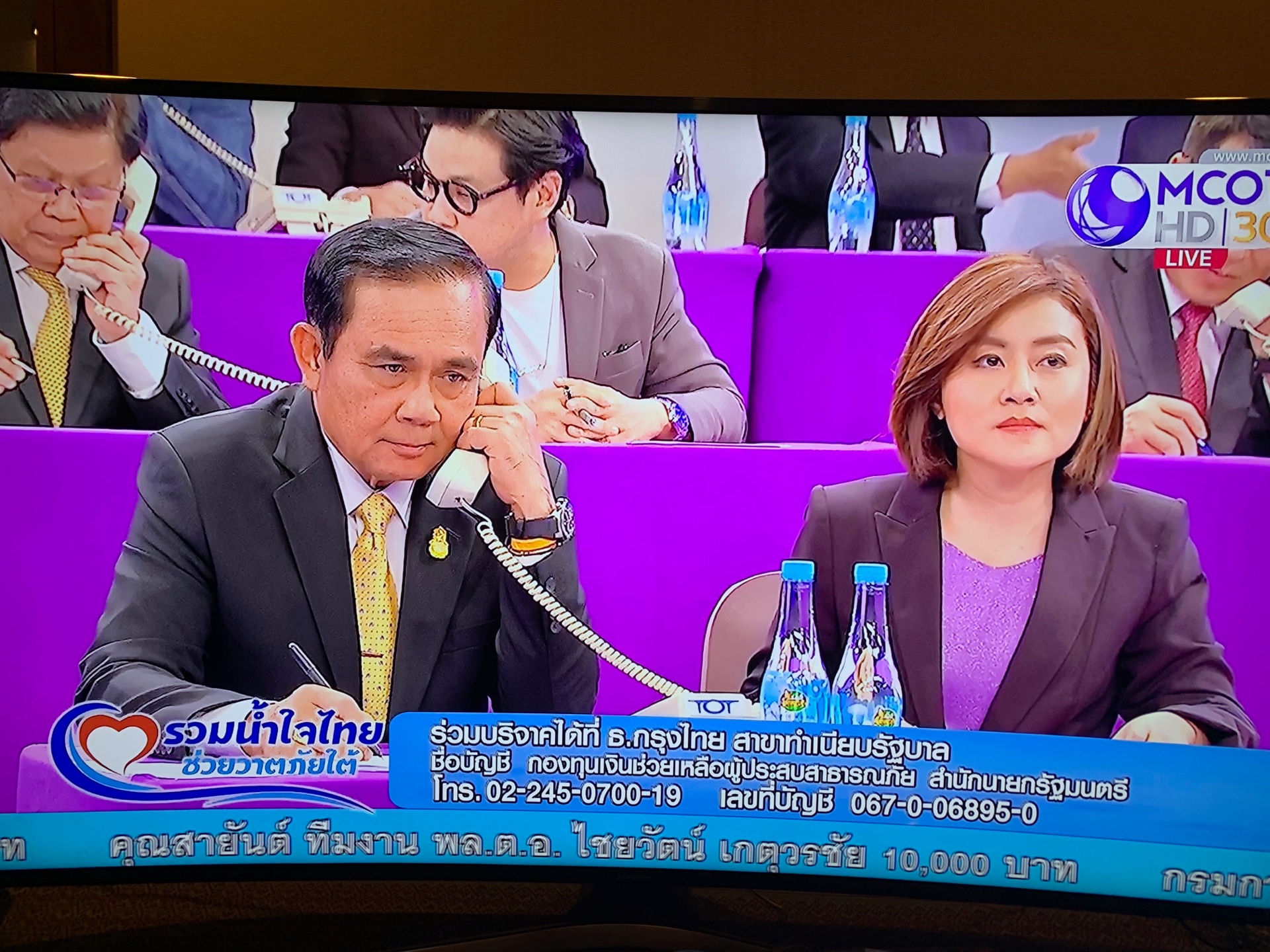 Prime Minister Gen Prayut Chan-o-cha is at this moment leading members of his Cabinet on a live TV program to solicit donations from members of the public to help victims of tropical storm Pa Buk which wreaked havoc on several southern coastal provinces over the weekend.

Gen Prayut is personally taking phone calls from donors along with a number of celebrities.   He also personally receives cheques from representatives of business companies and government agencies which join in the donation drive.

The programme is being televised live on Channel 9 of the Mass Communications Organization of Thailand (MCOT).  Donations can be made at Tel:   02-245-0700-19

Pa Buk left a trail of destruction in several provinces in southern Thailand, forcing a mass evacuation of thousands of people.