Prime Minister Prayut Chan-o-cha has insisted that whoever becomes Thailand’s next prime minister is constitutionally required to follow the 20-year national strategy formulated under his administration.

Critics, especially politicians, have voiced opposition to the national strategy labelling it as a political straightjacket that would inhibit future governments from initiating new policies.

Noting that some political parties have threatened to derail the national strategy once they are in power, Gen Prayut said the strategy is flexible as amendments are allowed to be made every five years. Gen Prayut has vehemently defended the strategy as an assurance of continuity in addressing the country’s problems. The strategy covers major areas that include economic, social and security spheres.

“Speaking about the future, I wonder why they like to name (their party) with the word future that much. Can those who vow to make a future come and debate with me?” he asked.

His remark was interpreted as a reference to Future Forward Party and its leader, Thanathorn Juangroongruangkit.

“I’ve announced right from the beginning that I would introduce a more creative version of politics to the country and work together with the people to build a new future for Thailand” said Mr Thanathorn.

“The highest power belongs to all people. Let me suggest here that it’s time for us to stop challenging people to engage in a long debate and instead begin competing in creating new policy. This should provide Thailand with a better future,” he said. 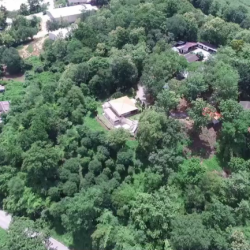