Interior Minister Anupong Paochinda was hit by the highest no-confidence vote among the 11 Cabinet members targeted by the opposition in last week’s censure debate.

Of the 212 votes against him, six came from MPs of the ruling Palang Pracharath Party.

Anupong, 72, likely paid the price for politicians’ frustration at his “lack of cooperation” and repeated denials of their requests for favors.

The growing dissatisfaction led to rumors that many Palang Pracharath MPs are calling for the interior minister to be replaced by the party’s leader, Prawit Wongsuwan, who also serves as deputy prime minister.

The Palang Pracharath MPs who cast no-confidence votes against Anupong mostly represent Samut Prakan, and complain the interior minister has “completely ignored” their pleas for provincial development projects, according to a senior ruling party figure.

“General Anupong has done nothing for Samut Prakan people and rarely granted any requests from its MPs,” the source said.

Anupong met a group of Palang Pracharath MPs last Tuesday as the censure debate started, in a get-together presumably aimed at clearing misunderstandings between them, according to another party source.

However, instead of offering them reassurances in exchange for their confidence votes, Anupong questioned how he could endorse their development projects without breaking the law while ensuring that local residents would also benefit. His answer to their request upset the politicians even further, according to media reports.

Pundits point out that the Interior Ministry oversees provincial governors throughout the country, so control over the ministry can bring political advantage – particularly in the run-up to a general election.

A former Army chief and non-MP, Anupong was appointed as interior minister in the current Cabinet under Prime Minister Prayut Chan-o-cha’s quota. He has served in the seat since August 30, 2014, when Gen Prayut became the junta leader after spearheading the military coup in May 2014.

Anupong is now Thailand’s second-longest serving interior minister, having been in the post for almost eight years. Topping the list is late Field Marshal Praphas Charusathien, who served as interior minister for nearly 15 years from 1957 to 1971.

Born on October 10, 1949, Anupong graduated from the Armed Forces Academies Preparatory School (AFAPS) in 1967 and Chulachomklao Royal Military Academy in 1972. He subsequently obtained a bachelor’s degree in political science from Ramkhamhaeng University and a master’s in public administration from the National Institute of Development Administration (Nida).

At AFAPS, Anupong was a classmate of future prime minister Thaksin Shinawatra. However, while other classmates worked for Thaksin after he came to power in 2001, Anupong was viewed as an opponent.

As commander of the First Army Region based in Bangkok, Anupong took part in the September 2006 military coup that deposed Thaksin’s government.

After the power seizure, Anupong served as assistant secretary-general of the coup-making Council for Democratic Reform. He was also promoted to assistant commander-in-chief of the Royal Thai Army.

He rose to become Army chief a year after the coup, succeeding Gen Sonthi Boonyaratglin, who led the putsch. Anupong retired in 2010 and was succeeded by Gen Prayut.

Decades before their current dominance in Thai politics, Anupong and his brothers-in-arms Prawit and Prayut lived together at an official residence in the 21st Infantry Regiment of the Queen’s Guards in Chon Buri province. That was in the 1970s when they were junior military officers.

Thanks to Prawit’s political connections, the trio went on to become commanders-in-chief of the Army and are now collectively known as the “3P brothers”. 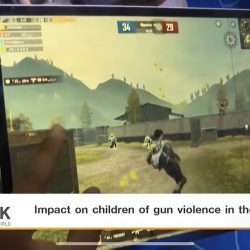