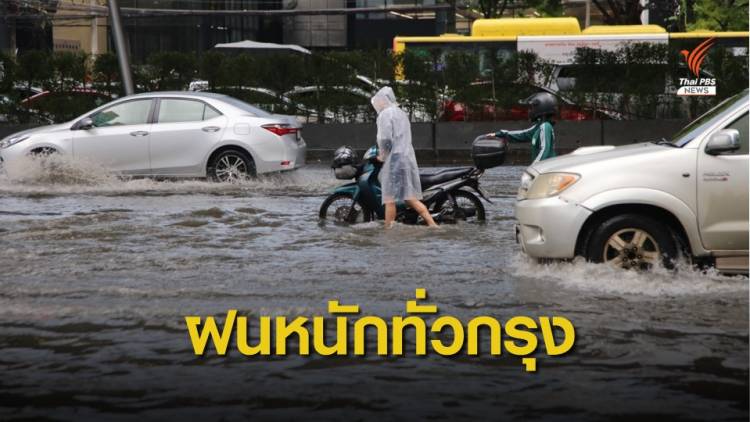 Once hailed as the “white knight” who crushed high-profile criminals, Pol Gen Aswin Kwanmuang is now feeling the pressure of growing political protest coupled with public anger over severe flooding in the capital.

Bangkok’s first unelected governor since 1985 is being pressed to step down to make way for a candidate chosen by the city’s residents.

At least 75 academics have lent their names to a petition organised by the Campaign for Local Democracy calling for Aswin’s resignation, to pave the way for gubernatorial elections.

Aswin has served as Bangkok governor for the past four years, after being appointed by coup-leader General Prayut Chan-o-cha in 2016. Had he been elected, his four-year tenure would be ending about now. But given that local elections have been suspended since the 2014 military takeover, Aswin looks set to stay in the post for much longer.

Earlier this month, the Prayut-led government finally announced the restoration of local elections, beginning with provinces in December. Meanwhile elections in special administrative zones like Bangkok and Pattaya City will have to wait.

The move was seen as yet another delaying tactic by critics, including the Campaign for Local Democracy and prominent anti-government gadfly Sirote Klampaiboon. Aswin is also feeling the heat from growing anti-government protests. If that wasn’t enough, his one-time powerful ally Sira Jenjaka, Bangkok MP for Palang Pracharath, is now also calling for the governor to resign after the mood of voters turned ugly this month.

Downpours swamped large areas of the capital on October 2, bringing traffic to a standstill and leaving Bangkok commuters fuming. Sira took note of the public anger and jumped at the chance to lambast the governor.

“Aswin should resign and allow a capable person who cares more about people to step in,” Sira said. “Like I’ve said earlier, Aswin is indifferent to people’s woes because he was not voted in by the people.”

Sira declared he would ask Prayut to hold Bangkok gubernatorial elections soon. “I believe people’s patience is running out,” the MP said.

Sira also said the most memorable thing Aswin had done as Bangkok governor was to appoint his youngest son, Pol CaptPongsakorn Kwanmuang, spokesman of the Bangkok Metropolitan Administration.

The first big threat to Aswin’s governorship came with heavy flooding in June last year. Bangkokians demanded that the governor take responsibility for poor drainage after routes including Prachasuk Road were blocked by floodwater for hours.

Aswin blamed his failure to prevent flooding on “electricity hiccups”, saying: “If I leave, who will work to solve flood problems? If my resignation stops the flooding, I am ready to quit right now.”

A native of Suphan Buri whose name means “knight”, Aswinwas born in 1951. After completing junior secondary education and police school, he enrolled in the Royal Police Cadet Academy and then joined the force as deputy inspector.

He climbed the career ladder quickly, becoming deputy commander of the Crimes Suppression Division (CSD) in 1995, then Chiang Rai police chief, before rising to CSD chief in 1999. In 2004, he was named deputy commissioner of the Central Investigation Bureau and was promoted to chief of Provincial Police Region 2 in 2006.

In 2007, he was appointed Metropolitan Police commissioner, then became assistant National Police chief a year later, before eventually retiring from the force as its top advisor (Level 10)

During his time with the police, Aswin earned a reputation as a top crime-buster, with notable arrests of high-profile criminals such as drug kingpin Noppon Prasongsil (Jib Paikhieo) in 2010. The Paikhieo gang made the headlines when one of its members shot dead an innocent boy and several adults in a fit of road rage.

Aswin’s investigation traced three Paikhieo brothers and discovered they were involved in other crimes. Within days, one of the brothers was killed by security forces and another arrested.

Other big cases he solved included the car bomb plot against ex-PM Thaksin Shinawatra in 2006 and the drug ring run by crime lord Jo Danchang, who was killed in Suphan Buri in 1996.

The media began referring to him as “Aswin [knight] Case Closed”, while his popularity with the public soared in opinion polls.

Aswin quickly won Sukhumbhand’s trust and managed to clear the streets of vendors and reclaim land in many parts of the capital. In 2016, Prayut removed Sukhumbhand from his post as governor following several corruption scandals, replacing him with Aswin. 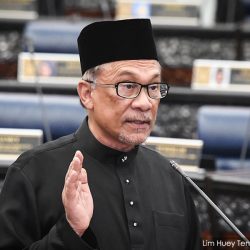 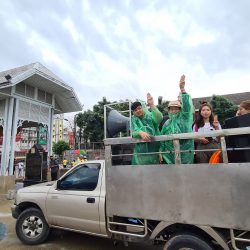