Floods from Laos force 1,200 families in Cambodia to be evacuated

More than 1,200 families in Cambodia’s northern Strung Treng province affected by flooding from a collapse of Xe-Pian Xe-Namnoy dam in Attapeu province of Laos on Monday have been moved to safe ground, Phnom Penh Post reported.

It quoted Stung Treng province spokesperson Men Kung as saying on Wednesday evening that flood water from the dam caused water level to rise to nearly 12 metres.  The dam is about 70 kilometres from the Cambodian border.

“The water level continued to rise to 11.4 metres as of  5pm Wednesday. Siem Pang district was the most flooded area, which included four communes and 17 villages,” Kung said.

Kung said that Stung Treng authorities have cooperated with all security forces in carrying out the evacuation.

“We have more than 700 people together with many military trucks to help evacuate villagers at risk,” Kung said.

He added that provincial authorities had joined forces and brought supplies, including canned food, instant noodles and bottled water, which were donated by the Red Cross, the Disaster Management Department and other organisations.

Kung noted that there were no deaths reported from the flooding in Stung Treng.

Keo Vy, spokesperson for the National Committee for Natural Disaster Management, said only Siem Pang district was flooded and waters had not yet risen to an alarming level. 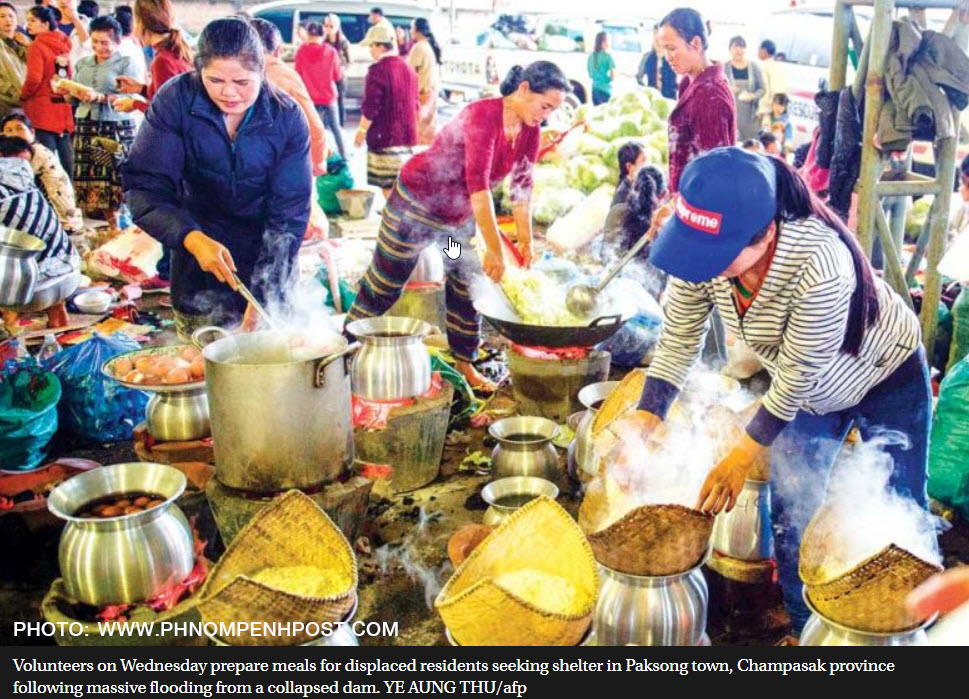 Company must be responsible for dam collapse: Laos minister

“I inherited a corrupt government”: Mahathir