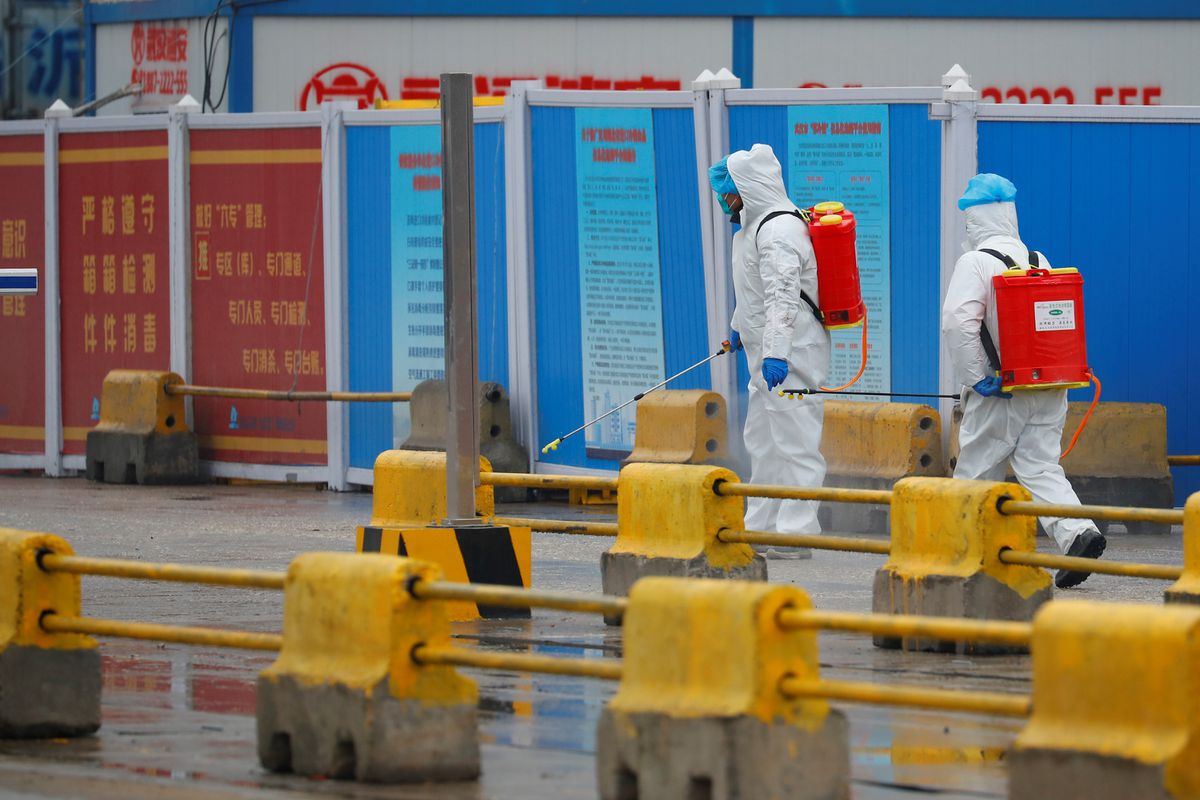 Workers in PPE spray the ground with diinfectant in Baishazhou market during a visit of World Health Organization (WHO) team tasked with investigating the origins of the coronavirus (COVID-19) pandemic, in Wuhan, Hubei province, China, January 31, 2021. REUTERS/Thomas Peter

SHANGHAI (Reuters) – The virus that causes COVID–19 could have started spreading in China as early as October 2019, two months before the first case was identified in the central city of Wuhan, a new study showed on Friday.

Researchers from Britain’s University of Kent used methods from conservation science to estimate that SARS-CoV-2 first appeared from early October to mid-November 2019, according to a paper published in the PLOS Pathogens journal.

The most likely date for the virus’s emergence was Nov. 17, 2019, and it had probably already spread globally by January 2020, they estimated.

China‘s first official COVID–19 case was in December 2019 and was linked to Wuhan’s Huanan seafood market.

However, some early cases had no known connection with Huanan, implying that SARS-CoV-2 was already circulating before it reached the market.

A joint study published by China and the World Health Organization at the end of March acknowledged there could have been sporadic human infections before the Wuhan outbreak.

In a paper released in preprint form this week, Jesse Bloom of the Fred Hutchinson Cancer Research Center in Seattle recovered deleted sequencing data from early COVID–19 cases in China.

The data showed that samples taken from the Huanan market were “not representative” of SARS-CoV-2 as a whole, and were a variant of a progenitor sequence circulating earlier, which spread to other parts of China.

The U.S. National Institutes of Health confirmed to Reuters that the samples used in the study were submitted to the Sequence Read Archive (SRA) in March 2020 and later deleted at the request of Chinese investigators, who said they would be updated and submitted to another archive.

Critics said the deletion was further evidence that China was trying to cover up the origins of COVID–19.

“Why would scientists ask international databases to delete key data that informs us about how COVID–19 began in Wuhan?” said Alina Chan, a researcher with Harvard’s Broad Institute, writing on Twitter.

Another study by Australian scientists, published on Thursday in the Scientific Reports journal, used genomic data to show SARS-CoV-2 binds to human receptors far more easily than other species, suggesting it was already adapted to humans when it first emerged.

It said it was possible there was another unidentified animal with even stronger affinity that served as an intermediary species, but the hypothesis that it leaked from the lab could not be ruled out.

“While it is clear early viruses had a high propensity for human receptors, that doesn’t mean they were ‘man-made’,” said Dominic Dwyer, infectious disease expert at Australia’s Westmead Hospital who was part of the WHO team investigating COVID–19 in Wuhan this year.

“Such conclusions remain speculative,” he said.

Serum samples still needed to be tested to make a stronger case about COVID–19‘s origins, said Stuart Turville, associate professor at the Kirby Institute, an Australian medical research organisation who was responding to the University of Kent study.

“Unfortunately with the current pressure of the lab leak hypothesis and the sensitivities in doing this follow-up research in China, it may be some time till we see reports like that,” he said. 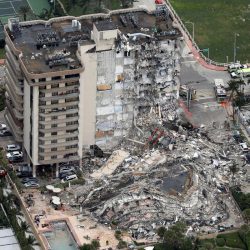 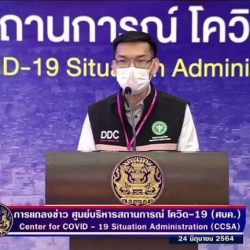