Officials from Thailand’s Pollution Control Department (PCD) and Marine and Coastal Resources Department have collected samples from a film of oil floating in the sea near Laem Charoen beach, in Rayong province, to be tested using an oil fingerprinting technique to determine the source of the latest spill, said PCD Director-General Attapol Charoenchansa today (Tuesday).

According to the US National Oceanic and Atmospheric Administration (NOAA), fingerprinting oil to discover its source is a complex procedure that has both qualitative and quantitative components. Virtually all oils contain the same hydrocarbon structures, but the relative quantities of these structures depend on the source of the oil.

Attapol said that it would take about a week to define the source of the spill with the technique.

The department also sought cooperation from locals and tourists by not swimming in the sea near the bay area of Mae Ram Phueng beach, after the amount of total petroleum hydrocarbons (TPH) in the sea was found to exceed the one micron limit by 1.5 times.

The department has assured, however, that the sea water quality will gradually improve and return to normal soon.

Marine and Coastal Resources Department Director-General Sopon Thongdee said that patches of a shiny film of oil had been detected in the sea about 500 metres off Laem Charoen beach, with some being washed ashore, but no dead marine animals have been found to date.

Star Petroleum Refining (SPRC), the company responsible for two oil spills in January and February, and officials from the Marine and Coastal Resources Department, based in Rayong, have deployed booms to contain the oil film, which stretched for about 1km long and was floating toward Laem Charoen beach. 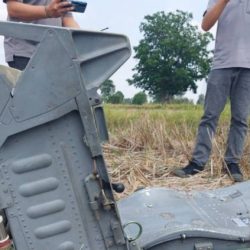 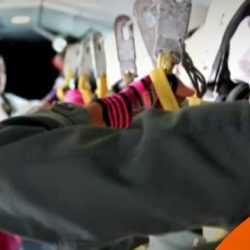