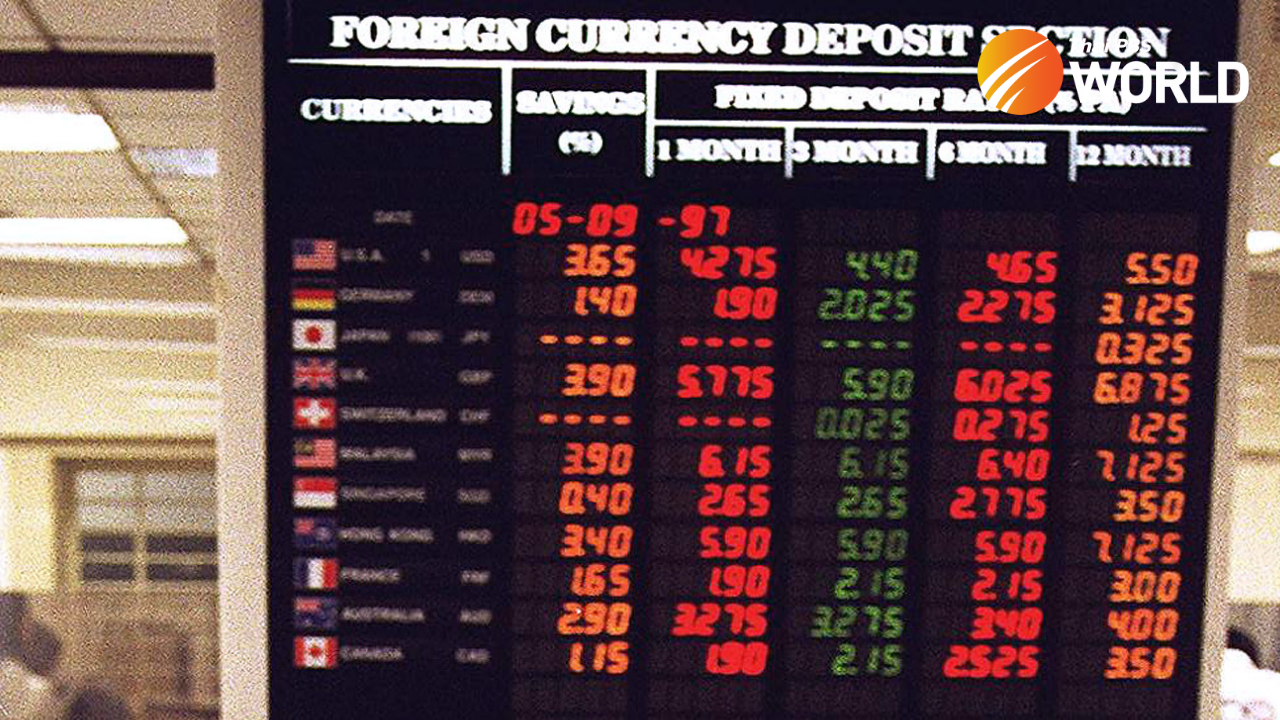 Thailand’s currency collapsed on July 2, 1997, as market speculation forced the country to abandon its fixed exchange rate and the central bank depleted its coffers to protect the baht.

The baht plummeted from Bt25 per US dollar to around Bt50 before eventually recovering to the Bt30-Bt32 level we see now.

The baht debacle came as a shock to many, as the Finance Ministry and Bank of Thailand had been insisting that the currency would never be devalued. On the back of these assurances, companies kept borrowing in US dollars while lending in baht because of the perceived interest-rate arbitrage.

“Many companies did not have a natural hedge because their revenue was in baht, but their interest costs and debts were in dollars. So, when the baht was devalued, their debt burden rose by more than 100 percent and turned from an asset to a liability, triggering bankruptcies,” said Kobsidthi Silpachai, chief of capital markets research at Kasikornbank.

Many finance companies that facilitated this so-called arbitrage for Thai firms also got caught with soaring non-performing loans, he said.

Meanwhile, customers also started panicking and withdrawing their deposits, which accelerated the demise of many small banks and private companies.

Once a rising star

Thailand had achieved high economic growth between 1962 and 1996, hitting double digits in some years. The high growth was largely driven by investment expansion, which was blamed for inflating the economic bubble in the run-up to 1997.

The baht’s collapse burst this bubble – but it also contributed to the expansion of the export market in later years. Before the 1997 crisis, Thailand had a current account deficit equivalent to 8 percent of its gross domestic product (GDP) as the country invested more than it saved.

Once the financial crisis was over, that current account deficit turned into a surplus which helped the baht rebound.

Yet, despite the rebound, Thailand’s economic growth has been slow since 1997 – averaging around 3-4 percent a year.

The country adopted a floating exchange rate regime to remain flexible in dealing with market volatility.

The baht has fluctuated from being overvalued to being undervalued against the US dollar but has been steadily overvalued since 2016, Kobsidthi added.

Thai businesses, meanwhile, should have learned from the 1997 crisis that there are no free lunches. The baht should reflect economic fundamentals, such as the level of inflation, the balance of payments, and economic growth rate, said Kobsidthi.

In recent years, however, the baht’s appreciation has had an adverse impact on exports.

“The rising value of the baht has not been reflected in the fundamentals of the Thai economy, which have been very weak since 1997,” said Teerana Bhongmakapat, former dean of Chulalongkorn University’s Faculty of Economics.

There are many factors contributing to the appreciation of the baht despite slower economic growth, and a weaker baht may not necessarily boost exports, said Teerana.

The biggest problem is a drop in investment relative to savings. Before the crisis, Thailand was a debtor country due to low savings, but relatively high investment. Now, Thailand has less investment but larger savings, much of which it exports abroad.

Before 1997, Thai businesses borrowed too much in foreign currency. But Thailand learned its lesson and is now careful about borrowing from overseas.

Private companies are also taking on less foreign debt or hedging sufficiently against their borrowing.

After the crisis, Thailand set up its National Credit Bureau, which now plays an important role in helping banks manage lending by making debtors’ credit ratings available to lenders.

Yet, against this backdrop, new problems have arisen. Public debt has now increased to nearly 60 percent of GDP.

“Populist policies and lack of continuous reforms have contributed to rising public debt. We introduced reforms in answer to the 1997 financial crisis but did not reform the economy to answer new challenges,” Teerana lamented.

He pointed out, for instance, that reporting of public debt in Thailand does not fully meet international standards, resulting in figures lower than the reality.

Observers also point to a lack of reform in the public sector, which has ballooned and become more inefficient, resulting in higher consumption of public resources.

Regulatory burdens and bureaucracy have also piled costs on businesses and people. The Thai private sector has subsequently lost its competitiveness in the global market and our workforce is lacking skills, Teerana commented.

“We are in a silent crisis – a weakening economic structure,” he added.

However, populist programs introduced later, like the rice subsidy schemes, were not financially feasible, he said.

Under these schemes, governments offered subsidies and welfare to citizens without raising taxes to fund them.

Instead, they depended on debt financing, which is not sustainable, Thirachai said.

Many economists believe Thailand has learned its lesson and will not suffer a repeat of the 1997 crisis.

However, new challenges have emerged.

Many factors are to blame for this, including an aging society, high cost of labor, shortage of unskilled labor and red tape. Thailand’s development has come to a point where it cannot move forward at a fast pace.

“We are now trapped in the middle-income country slot,” said Pipat.

The already weak economy is now being further weighed down by the COVID-19 crisis.

“The outbreak has proved that Thailand depends far too much on tourism, accounting for 20 percent of GDP. So, we need to diversify our economy,” Korbsidthi added. 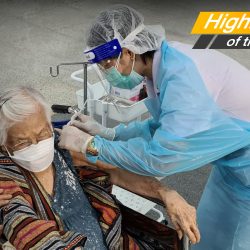 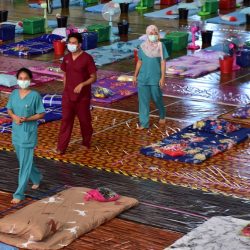