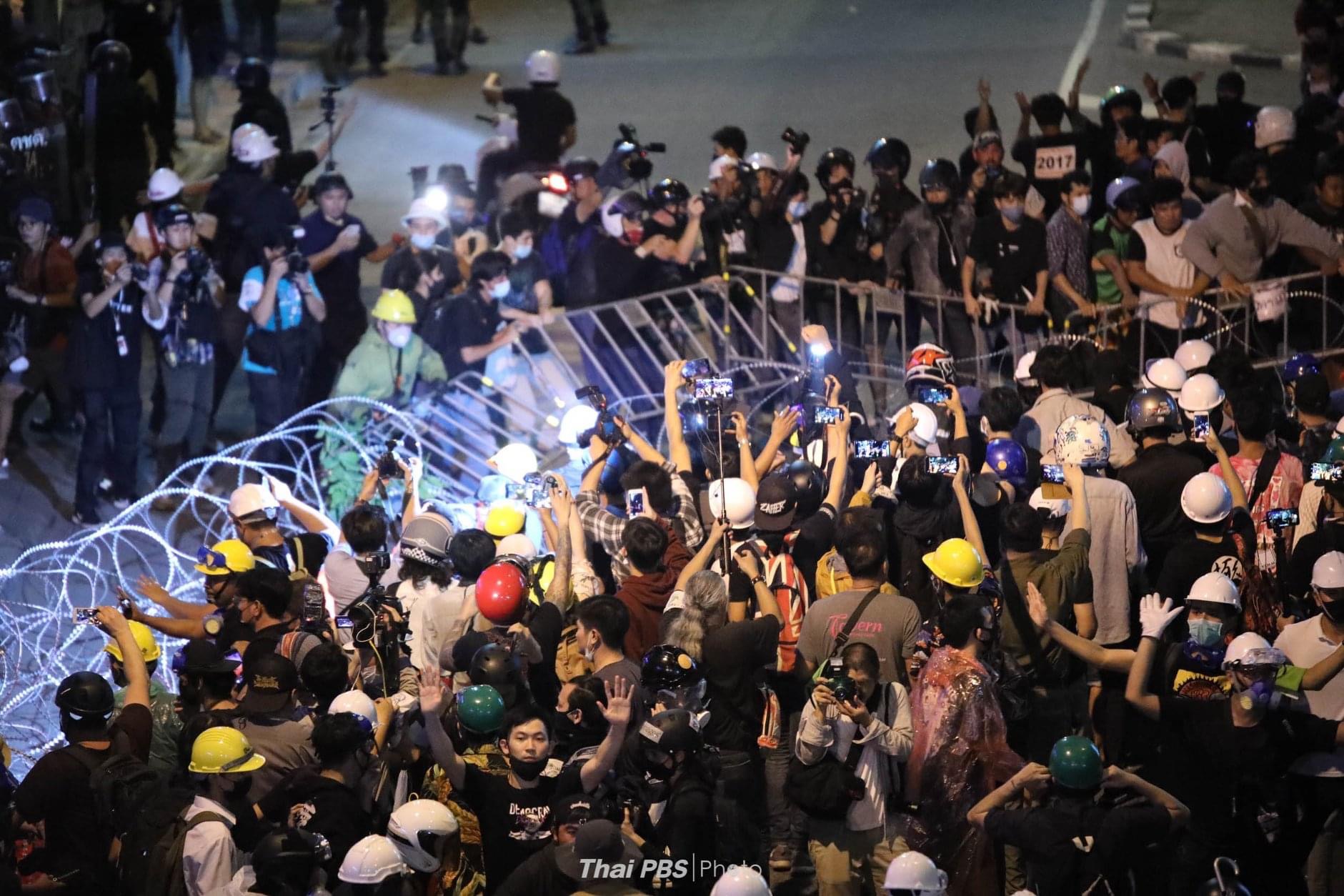 Political tension in Thailand is nearing boiling point, as the two conflicting sides – the anti-establishment movement and the powers-that-be – show no sign of backing down.

The student-led protesters have been rallying non-stop for nearly four months now, pushing their three demands: Prime Minister Prayut Chan-o-cha’s resignation, a more democratic Constitution and reform of the monarchy.

However, there is no sign that the government is willing to grant any of these demands. The embattled Prayut has rejected all calls to quit, while charter-change bills proposed by civic groups have almost no chance of being approved by parliamentarians, and there is an unbridgeable gulf separating the reformist and royalist groups when it comes to the monarchy.

A special parliamentary session was convened on Monday and Tuesday in a bid to seek a way out of the deadlock. But the public has little faith in parliamentarians’ ability to resolve the conflict.

Over the past few days, non-partisan figures and academics have scrambled to offer possible solutions to ease or end the ongoing political crisis. The proposals include a national referendum, Prayut’s resignation, a peace dialogue, speedy passage of charter amendment bills and avoiding the use of violence against protesters.

Somkiat Tangkitvanich, president of the Thailand Development Research Institute (TDRI), proposed giving the people sovereign power to resolve the dispute via a national referendum, if Parliament fails to find a solution.

A referendum should offer both sides enough space to air their arguments freely in a safe environment with no intimidation, he said. This would also help guarantee that both sides accepted the referendum’s outcome, in contrast to the doubts that lingered over the referendum on the Constitution in August 2016.

Though this option may not solve all conflicts, if all sides accepted the process, then society could move forward, he said.

“It’s like the UK’s Brexit [referendum on membership of the European Union]. While it did not eventually yield maximum benefit for the UK, it was a mutual decision,” the academic said in a Facebook post.

Somkiat also suggested that informal talks be organised by mediators who are acceptable to both sides. However, he said, the dialogue should be held with a degree of secrecy to prevent each side pressuring negotiators and enable them to adjust their stances without feeling heat from the public spotlight, he added.

As the core of conflict, Prayut has been pressured to lead a retreat.

Prinya Thaewanarumitkul, a law professor at Thammasat University, has proposed a set of solutions that the premier can act upon to end the political crisis.

“The first step back will be for Prayut to ‘switch-off’ the Senate’s power [to vote with MPs in choosing a prime minister] by amending the charter,” Prinya said in a Facebook post.

He said the root cause of the problem is that the former junta, the National Council of Peace and Order (NCPO), is effectively extending its power via the authority granted to the Senate under the military-backed charter.

Charter-amendment bills can only pass into law if they receive votes from at least 84 of the 250 junta-appointed senators, which is easily done if they are first approved by General Prayut, he said.

Once the senators’ power is “switched off”, Prayut can decide to dissolve the House. But to reassure the public that the junta regime was truly over, he must not accept any invitation to become a prime ministerial candidate for any party again, Prinya said.

Alternatively, if he is not willing to work on resolving the crisis, Prayut could simply step down and pave the way for a new prime minister, he added.

Veteran political critic Sukhum Nualsakul said the government must pledge to Parliament that it will amend the supreme law in compliance with the people’s draft bills, thus paving the way for setting up an elected charter drafting body.

Prayut should also send out a clear signal on charter amendment, especially to the Senate, which plays a decisive role in whether or not a bill can pass.

“Prayut should graciously step down once we have a new Constitution,” Sukhum said.

Many academics also believe that the government should not have used force against peaceful protesters as it did on October 16, when riot police used water cannon to disperse demonstrators at Pathumwan Intersection in the heart of the city.

TDRI’s Somkiat also said the government should release protest leaders arrested on politically motivated charges and listen to their proposals and demands.

Likewise, protesters should avoid expressions or gestures that could be seen as provocative and lead to confrontation, he added.

Back to the way we were

As for the monarchy issue, prominent businessman Banyong Pongpanich recently suggested that Thailand return to using provisions from previous charters as a way to end the conflict.

“It is evident that according to powers and assets granted him under the previous Constitution, the late King Rama IX was a righteous ruler and rightly praised as a great king who reigned peacefully and brought progress to the country and his loyal subjects during his 70-year reign,” Banyong wrote on his Facebook page on Friday.

“Given this principle, at the beginning of the current reign, to avoid chaos we should not make any changes or introduce reform. We should undo all changes related to the monarchy that were made by the NCPO, the government or Parliament after the demise of King Rama IX,” Banyong said.

Former energy minister Piyasvasti Amranand, commenting on Banyong’s post, said the first step in ending the conflict would be to restore the Crown Property Act law, the Royal Service Administration Act and laws related to the Palace administration back to the way they were under King Rama IX. 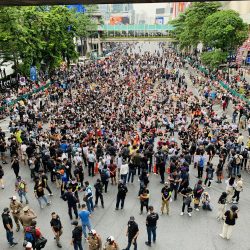 Prayut will not quit, warns against “foreign interference”