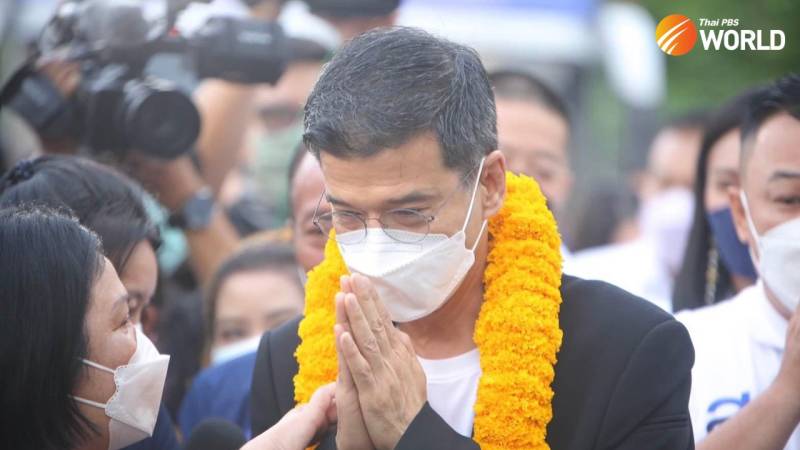 Former fighter pilot Sita Divari admits he is not a frontrunner in the May 22 Bangkok governor election, but he has vowed to “fight wholeheartedly without worrying whether I lose or win”.

Sita announced the pledge along with his policy platform as his Thai Sang Thai Party launched its candidates for the governor and city councilor elections.

The party, which is led by Khunying Sudarat Keyuraphan, unveiled its candidates at the Warehouse Stadium in Bangkok’s Klong Toei district on Wednesday (March 30).

Sita, 57, was echoing what he told the media last week when he confirmed a leak that he would contest the gubernatorial election.

Asked to assess his chance of winning the election, Sita said that as a former pilot he would focus on his assigned mission rather than worrying about himself.

“I will see what to do to make my mission successful. But I don’t ask if I will win,” he said at a media interview last week.

Sita is a former squadron leader in the Royal Thai Air Force (RTAF). He spent eight years with the RTAF, piloting F-5 and F-16 jet fighters. He took part in the humanitarian military mission to evacuate Thai nationals from Cambodia in 2003 following fiery riots that targeted the Thai Embassy and Thai-owned businesses in Phnom Penh.

On Wednesday, Sita also reiterated that his policy platform was governed by the “3 Ps” – People, Profit and Planet. The aim of the first P is to improve Bangkok residents’ quality of life, while the second is to stimulate the economy so “everyone profits”, and the third is to look after the environment to make the city a better place to live in.

He promised that if he won the election, he would “do things never before done by previous governors and their administrations” and tackle problems that “are hidden under the tip of the iceberg”.

Tackling such issues successfully would put Bangkok on a path to becoming a truly “global city”, he insisted.

Not the first choice

Though he launched his election bid later than most of his well-known rivals, Sita pointed out that he had worked for the city’s residents longer than any other governor hopeful, having been elected as a Bangkok MP in 2001.

However, he was not the Thai Sang Thai Party’s first choice to contest the gubernatorial election. That honor went to an actress/TV host and former beauty queen, but it appears the deal fell through.

Instead, Sita was chosen and promoted as embodying the one-year-old party’s “DNA”. He is also viewed as the right-hand man of Thai Sang Thai’s founder and chairwoman Khunying Sudarat. The two were colleagues in the now-defunct Thai Rak Thai Party of deposed former prime minister Thaksin Shinawatra.

Sita also served as a coordinator in the opposition Pheu Thai Party’s strategy committee chaired by Sudarat although he was not a party MP.

Sudarat, who commands a strong support base in the capital, left Thaksin’s proxy Pheu Thai in late 2020 to launch Thai Sang Thai.

However, no Bangkok gubernatorial election has ever been won by a candidate officially – or unofficially – backed by one of Thaksin’s parties or proxies. Instead, the rival Democrat Party has won every election for governorship since 2004.

Born on November 6, 1964, Sita graduated from the Royal Thai Air Force Academy and then the Squadron Officer School.

He left the RTAF to enter politics in 2001 and was elected a Bangkok MP under the banner of Thai Rak Thai. A year later, he became the spokesman for Thaksin’s government before being promoted to PM’s deputy secretary-general in 2003.

In 2007, Sita and fellow Thai Rak Thai executives were hit with a five-year ban from politics after the Constitutional Court found the party guilty of electoral fraud and ruled it should be disbanded.

However, after Thaksin’s proxy Pheu Thai returned to power, Sita was appointed to chair Airports of Thailand’s board of directors — a position he served until the Pheu Thai-led government was overthrown in 2014 military coup.

While in charge of Airports of Thailand – the public company that manages Thailand’s six international airports – Sita was credited with the launch of Suvarnabhumi Airport’s much-praised Sky Lane for cyclists. 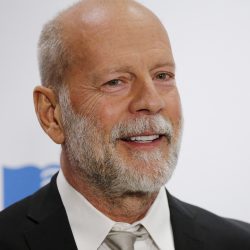 Action hero Bruce Willis to retire because of illness 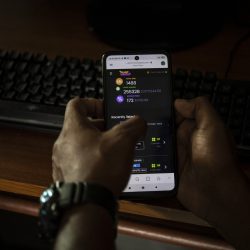