Police on Koh Samui, in Thailand’s southern province of Surat Thani, are holding three suspects in custody, on intrusion and theft charges, after they allegedly broke into an unoccupied hotel and stole about 70 million baht worth of property.

Police have seized several hand tools, including oxy acetylene torches, cordless drills and hammers, from a house on the resort island. After questioning the three suspects, two men and a woman, police searched a construction worker’s camp in Bo Phut sub-district and found metal sheets, roofing structures and teakwood window frames, thought to have been stolen from the hotel, and one six-wheel truck.

The owner of the land, which was rented to an investor to build and operate the hotel for 30 years from 1990, said that the hotel was built at cost of about 400 million baht. After the contract expired in 2020, she did not, however, extend the contract, but the hotel was closed due to COVID-19.

She said that there were no guards at the hotel, because she thought it was unnecessary as it is located not far from where she lives. On Sunday, however, she visited the empty hotel to check its condition, hoping to resume operations as the COVID-19 situation steadily improves. She was shocked to find that the hotel had been broken into and stripped. 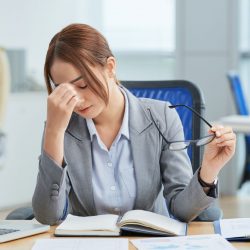 Why ‘Quiet quitting’ is on the rise?