You are more than just your beauty – Amanda Obdam

“When you think of someone beautiful in Thailand, they have to be skinny, to be white and have long hair, and everyone thinks that way.”

Miss Universe Thailand 2020, Amanda Obdam, reflects on what Thai women should be, to be considered beautiful and attractive.

Pressures to be “beautiful”

Along her way to becoming Miss Universe Thailand, Amanda admits there is a lot of pressure for women to fit into the idealistic beauty standards.

“Believe it or not, I do get comments saying I’m too short to be in pageants,” said Amanda. 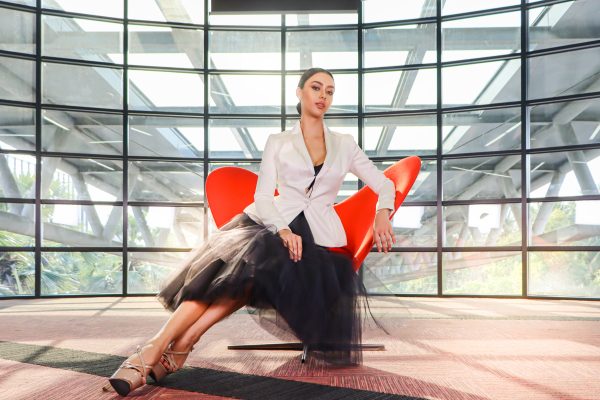 Although the expectations for women to fit into the Thai beauty standards are still there, Amanda does see a change.

She believes the Thai beauty pageant in recent years has helped in shaping people’s perceptions to accept different kinds of beauty. Notably, the winner of Miss Thailand World 2014, Maeya Nonthawan, who paved the way for more darker-skinned women to compete for the crown, and rise to stardom in the entertainment industry.

“I think beauty pageants are so good, [because] it gives us the platform to empower other women. So many women are applying from different backgrounds, coming together to empower one another, and people that weren’t deemed to be beautiful [according to the beauty standards] are now more confident to enter the competition as well.”

“Did you go to Canada to study or just to eat?”

Even before Amanda entered the beauty pageant, social expectations had already taken their toll on her, back when she was studying in Canada.

She recalled the moment when she returned to Thailand during summer break, after completing her first year of university. At the time, Amanda had gained around 15-20 kilograms.

“And the sense I got [from other people] was “Did you go to Canada to study or just to eat?” I was taken back by that comment, and it really hurt.”

Amanda started getting more emotional when she started talking about her younger brother who, she says, is quite overweight.

“I remember him turning to me and saying “Amanda it is fine, don’t worry about it”. I thought, are these the kind of words and comments that he’s been hearing for his whole life?”

Asking about weight gain is unfortunately part of everyday chit-chat in Thai culture, which is often followed by suggesting the person to lose weight. Despite how offensive it is, the common excuse for them is to say that they asked because they care.

Such pressures on her weight-gain led to her eating disorder, which later developed into a mental health issue.

“When I went back to Canada, the first thing I did was go to the gym, I felt I had to lose that weight and as it went along, I started viewing food as my enemy. So, it just got worse, and it got to the point where I would eat, then I would feel guilty, then I would go and vomit.”

Amanda said her disorder continued for a long time, to a point where her roommates held an intervention and asked her whether she needed help. At first, she didn’t believe that she wasn’t okay.

“You know when they say if you don’t accept it, no one can help you? I said there’s nothing wrong with me, I’m fine. It continued to the point where I was fighting with myself. I remember it was a torture, because one side of my head you would say Amanda you can eat, and then on the other side it would say no you can’t.”

Several times she broke down, cried, and desperately needed help, Amanda recalled the moment where she tried to reach out to her friends and family back in Thailand.

“What I heard back was, Amanda if you’re hungry just eat. The feeling was like no one is listening. I wanted help badly.”

After she recovered from her disorder, she realised that there’s no need to change who she is, to become what they need.

“I thought to myself, why am I letting other people determine who to be and making me change myself for that? To be at this point, there’s so much pressure, but at the end of the day, I know who cares for me. What’s more important is what I think of myself, that’s what I say to myself every day.”

After surviving her painful experience, Amanda is now working on her new campaign “Have you listened?” to provide information about different types of mental health disorders, and how to help these people.

The most important part of this campaign, as Amanda explains, is to encourage people in society, to become better listeners.

“I think what’s lacking in our society is to listen with empathy, because I feel like we all want to speak, we all want to talk about ourselves, but we forget to listen to our friends and our family about what they’re going through.”

If you could speak to every single woman at the same time, what would you say?

“You are beautiful just the way you are” Amanda reminds all women to know their own worth, to be confident and keep their self-esteem high.

“Whatever you have in your dreams, that which you were told you can’t be as a little girl, I want to tell you now that you can. You can be whoever you want to be as long as you set your mind to it.” 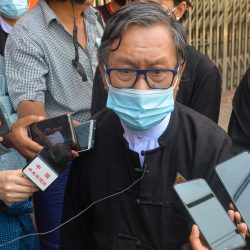 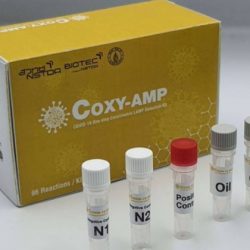