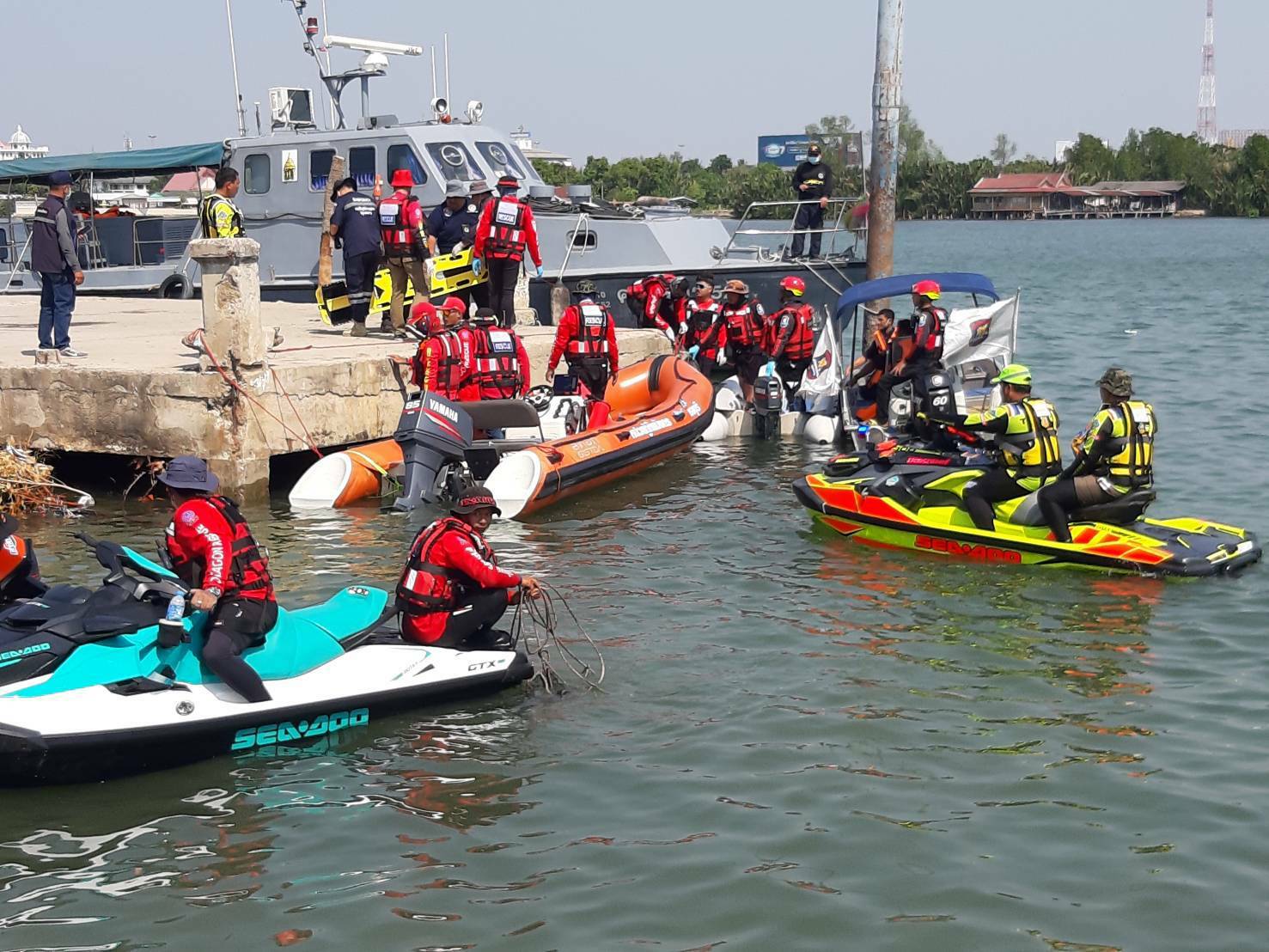 Rescue teams recovered five out of six bodies found on Wednesday in the Mae Klong River, bringing the confirmed death toll in the oil tanker fire and explosion to eight. One is still missing.

Dozens of rescue workers, including divers equipped with underwater scanners, and jet skiers resumed the search within a 100-metre radius of the oil tanker, which caught fire and exploded yesterday morning (Tuesday) in the Ruam Mitr Dockyard in Mueang district of Samut Songkhram province.

An official from a rescue team said that divers are having to exercise extreme caution, because there is a lot of steel debris from the tanker under the water.

At about 9am, rescue workers found one body floating in the river about 120 metres from the damaged tanker. The body was later brought ashore to be identified by his relatives.

Five more bodies were found and all except one were recovered and brought ashore. Rescue officials said that the last body was in 4-metres of water and is yet to be recovered.

All the recovered victims are Myanmar people working at the dockyard. The body yet to be recovered and the missing man are also believed to be Myanmar nationals.

Relatives of the dockyard employees have been waiting anxiously in front of the dockyard, hoping for the return of their loved ones.  Some of them were seen weeping.

A CCTV system installed at the dockyard captured the explosion. It is reported that the force shattered windows in several houses, located about 5 km from the oil tanker.

It took firemen about seven hours to put out the fire. Forensic officers and police then boarded the vessel for an inspection, during which they found a body, believed to be a ship maintenance worker.

Deputy Director-General of the Marine Department Phuripat Theerakulpisut said that the oil tanker was in the process of being cleaned before undergoing maintenance.

He said that a panel will be set up to find out how the explosion occurred and whether safety measures were strictly applied when the vessel being cleaned, adding that he expects the results of the probe within ten days.