Snacks are big in Thailand. We have them all – savoury, sweet, on skewers, from steamers. But there is one particular snack that represents the exquisite details of the old-school Thai royal cuisine. This is an ancient recipe from King Rama II era that has now been perpetuated thanks to the current renaissance of Thai cuisine.

The language and jargons found in the ancient cookbooks by Lady Plien Pasakornwong – the renowned and much-respected royal Thai chef during the era of King Rama V – were different. Many words were otherworldly, spelled differently, composed differently, hence not that easy to read.

But for many Thai food aficionados, those are the cookbooks to read because they are the foundation of Thai royal cuisine.When we think about ‘royal cuisine,’ immediately we think about something extraordinary, exquisite and naturally more beautiful than the layman versions. 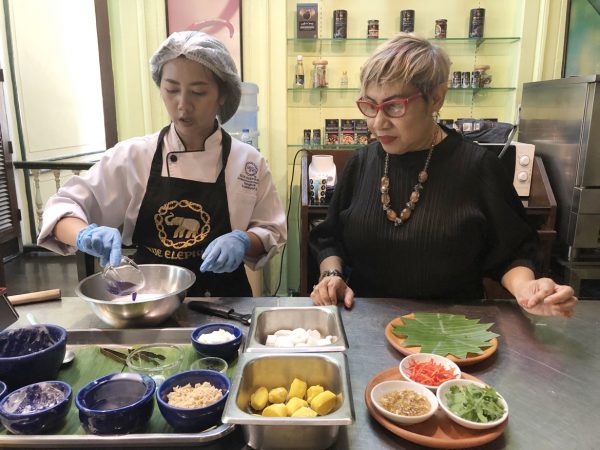 Thai food, as you know, is generally colourful and tasty, but when it comes to something considered ‘royal,’ you might want to expect more. Hand-carved, more details, subtle, well-rounded tastes, and premium selections of ingredients. 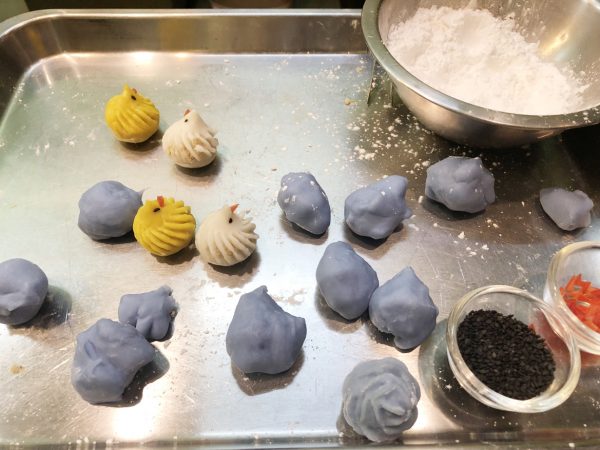 From the first book of Lady Plien’s cookbook ‘Mae Krua Hua Pa,’ is a collection of ‘Kreung Wang’ or Thai style tea-time snacks. Among those delicious sounding dishes is ‘Hor Sai Moo’ or pork dumpling. The minced and seasoned pork filling was wrapped in a flour skin hand-kneaded from freshly-milled rice flour and cold water. 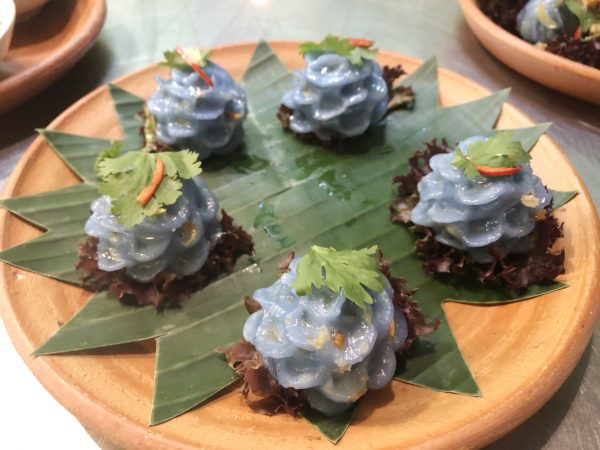 But simple dumplings would not do in the exquisite world of Thai royal cuisine. Nature plays key roles in many of our national dishes, and this dumpling is no exception. Instead of having a simple rounded shape like any other dumpling we know, this special dumpling borrows the shape of a cute, fat, well-fed bird, hence the name ‘Bird Dumpling’ or ‘Kanom Cheep Nok.’

Kanom Cheep Nok had been lost and forgotten in the repertoire of Thai cuisine for a while before making a comeback along with the wave of Thai food renaissance in the last 10 year or so. During that time, many old recipes had been revived and perpetuated through practicing and offering on the regular menus. 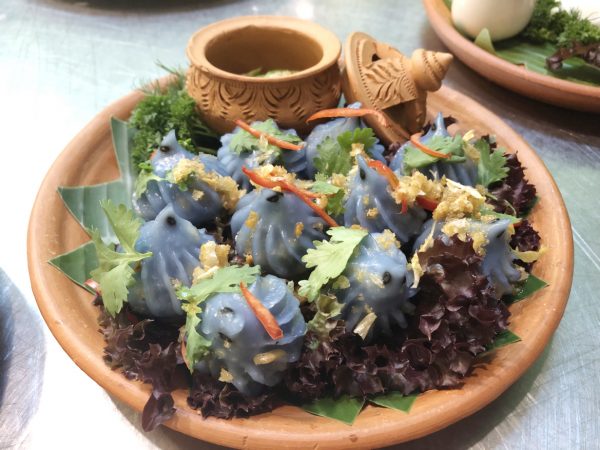 This dumpling is a type of Thai ‘savoury’ snacks, with its flavours resembling those of ‘Sago Sai Moo’ or steamed pork sago and ‘Khao Grieb Pak Mor’ or thin rice crepe. Sago that used to be the quickly-depleting natural substance derived from the interior of the palm tree trunk is now being widely replaced with man-made flour that amazingly imitates its crunchy and chewy texture. But the eating ensemble, the pairing of the tastes, of these dishes remain intact. Leaning on the oily side, these dumplings are best paired with something fresh and aromatic – sprigs of fresh cilantro, fresh green lettuce, crispy-fried garlic and oil and some fresh ‘Kee Noo’ chilies for extra punch and heat. In some occasion, tangy and sweet sauce can also be provided. 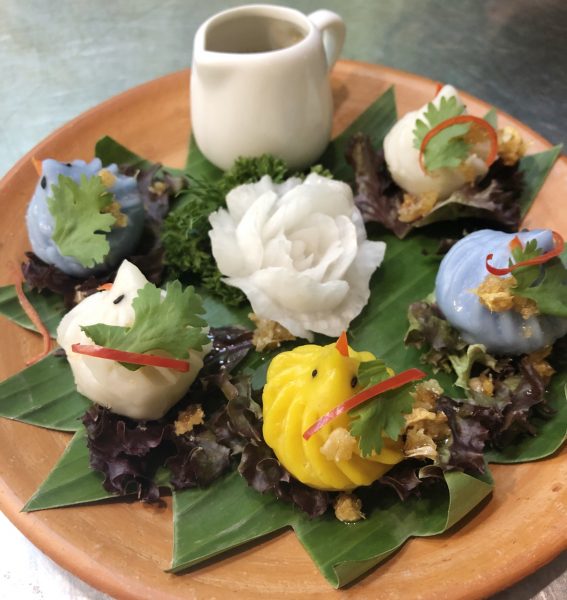 Usually, in fine-dining premises, Kanom Cheep Nok is made for show along with ‘Chor Muang’ or the purple blossom kind of dumplings. They made a perfect pair on a plate where people now want them to be as tasty as photo-friendly.

Snacks are big in Thailand. We have them all – savoury, sweet, on skewers, from steamers. But there is one particular snack that represents the exquisite details of the old-school Thai royal cuisine. This is an ancient recipe from King Rama II era that has now been perpetuated thanks to the current renaissance of Thai cuisine. 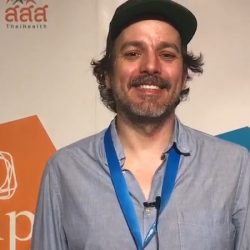 An interview with 'Plan B' Director at INPUT 2019 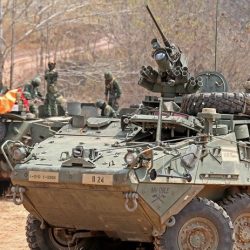