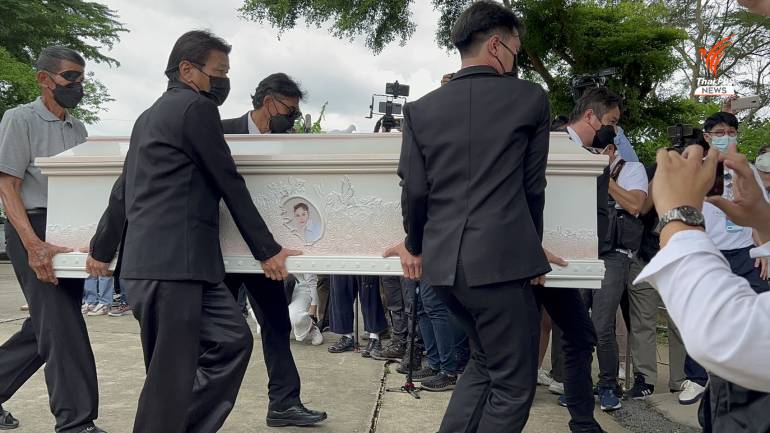 After her fall into the Chao Phraya River and subsequent drowning on the night of February 24th and the resulting social media drama over her death, the body of former actress Nida Patcharaveerapong, aka “Tangmo”, was cremated this afternoon (Tuesday) at the crematorium in the compound of the Rangsit Methodist Church in Pathum Thani province.

Nida’s body was moved to the church at about 11am and placed in the ceremonial chapel, which is decorated with white and pink roses, which were the favourite tone and colour of the late actress.

There are about 150 seats in the chapel room, which are reserved for family members, relatives and close friends, to reduce congestion and as a COVID-19 precautionary measure.

According to the ceremonial timeline, attendees sang psalms and hymns from about 2pm, led by well-known singers Anchalee Chongkhadikij and Praew Kanitkul, to be followed by the reading of a eulogy by Nida’s mother, Panida Sirayootyotin, and a sermon before the cremation. 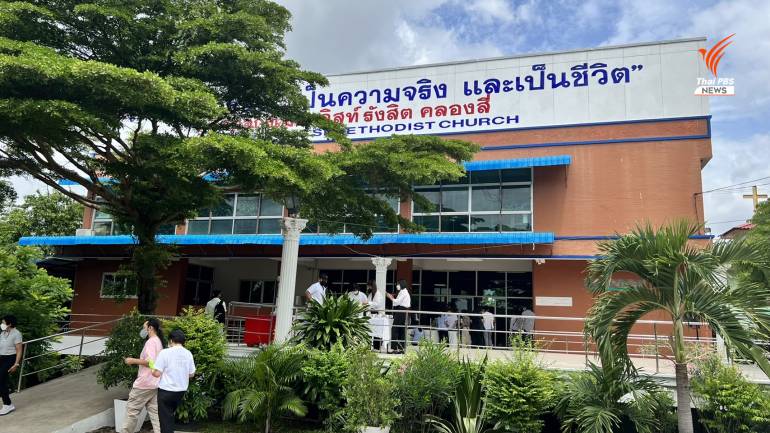 The ashes will be picked up the following day by her family.

The cremation negates any further requests for more autopsies. Nida’s body has already undergone two autopsies, the second being at the request of her mother to clear up some points of concern.

The second autopsy has confirmed the presence of 22 wounds on her legs, but did not find any broken teeth, fractured bones or wounds to her face or head. Police concluded in April the actress did not fall from the boat accidentally, nor was there any foul play that would point to murder. Instead, her fall was due to someone else’s negligence.

As far as the investigation into Nida’s death is concerned, the five people on the speed boat with Nida on that night, and a sixth person who was alleged to have coached the five before they spoke to authorities, have been charged with multiple offences, ranging from giving false statements to the police and destroying evidence to operating a vessel without a licence, using an expired license, littering and negligence causing the death of another person.

An additional charge of drug abuse was also filed against Thanupat.

Meanwhile, Idsarin lodged a complaint with Cyber Crime Investigation Bureau police today, claiming  that her pictures may have been hacked as they had appeared on a Facebook page, claiming to be that of Nida, following a series of mysterious posts featuring photos of the group that were not made public.

The commissioner of the bureau said he has already coordinated with Facebook in the investigation.

The six suspects are due to appear before the prosecutor in Nonthaburi province on May 27th to hear the decisions in the case. 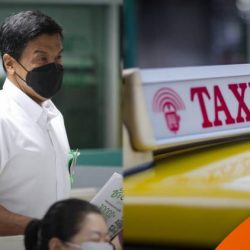