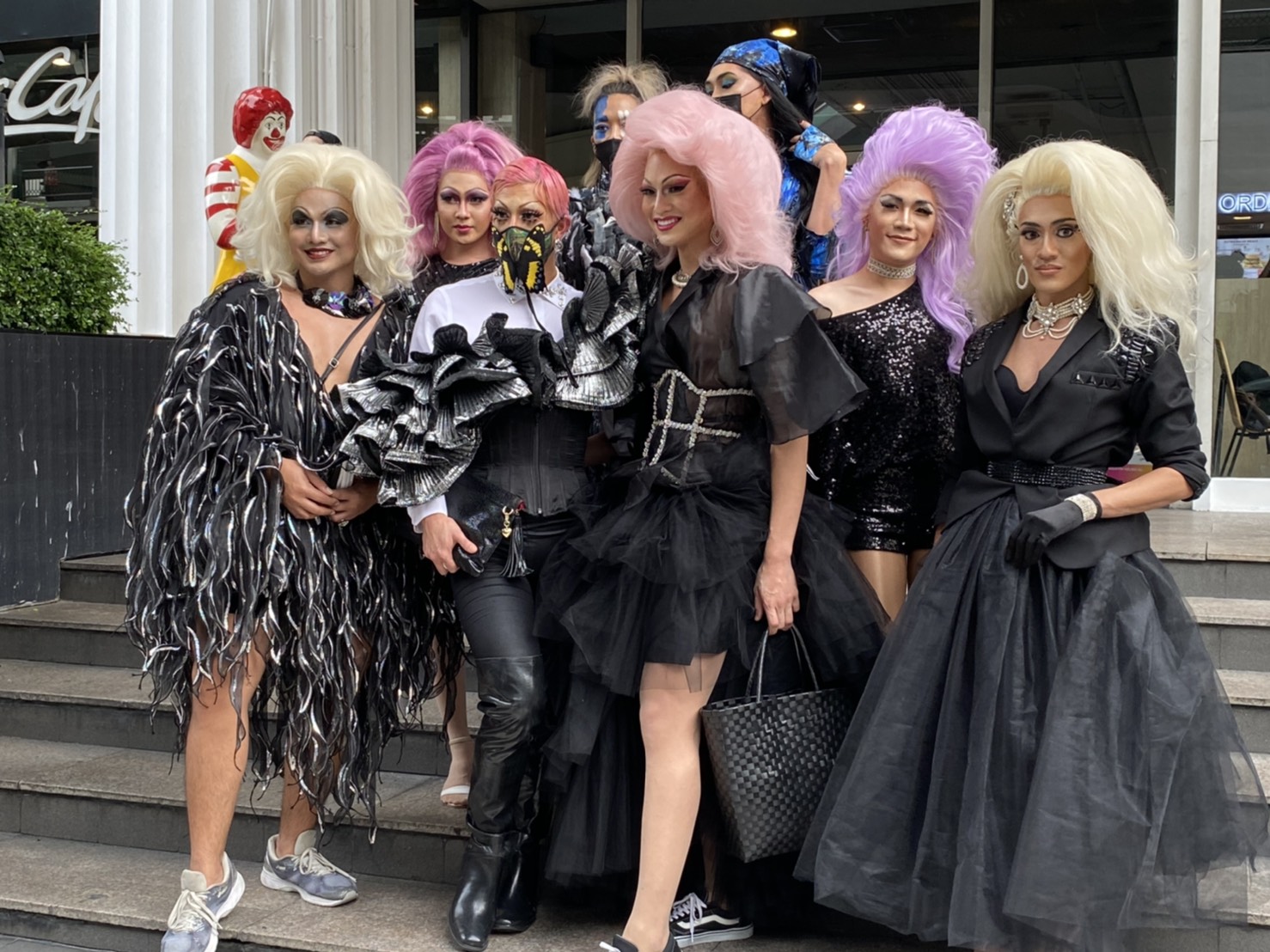 Members of Thailand’s LBGT community added a lighter side to the anti-government protests at Ratchaprasong intersection today.

A group, named “Drag Queen”, drew considerable attention for their distinctive make-up and costumes, and unconventional hair colours and styles.

A member of the group told Thai PBS that this is not the first time they have joined the protests and they usually dress normally, but, today, they wore something special.

The motif of their garb today was black and white, which represents non-violence, peace and modesty, “and we are all wearing sneakers, so that we can run fast if there is a crackdown by the police,” they said.

They said that the group shares the demands of the protesters, namely for Prime Minister Prayut Chan-o-cha to step down, the dissolution of Parliament and reform of the monarchy.

The group also said that they want to represent the LBGT community, to campaigning for freedom and non-violence. 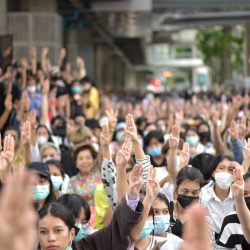