“The best part for me is the way I overcome my own insecurities, because after I released XL, I just feel like I don’t really give a s*** anymore about what other people think about me.”

Pavida “Silvy” Moriggi has been praised among fans, not only for her powerful singing, but also for her body positivity, mostly shown through her Youtube videos and her social media.

Silvy recently made a comeback, which also marks her official debut under Warner Music Asia, with her single “XL”, encouraging women of all shapes and sizes to love themselves just the way they are.

The single itself is self-explanatory. It tells her story of being body-shamed, being told to be somebody else in exchange for popularity, and then rising above such pressures with true confidence.

“It is my own journey that I’m facing, which I can express to the audience and make the audience feel the same. They feel that they want to go out and put on some clothes that they don’t usually wear. I think that is a very powerful thing, for me as an artist, to be doing.”

Silvy said that the best part of this journey was not only expressing her message through music. She wrote the song with three other songwriters who truly understood her story, but to it also features a large group of women who are the same people as her in her music video.

“I think it is a great opportunity for them to shine in their own way,” she said.

“A lot of Thai people didn’t even notice that there are a bunch of girls that do not fit the beauty standard, but they are living the best life. They are having fun, and they are 100% confident in themselves. So I think it is a great movement that we created.”

Pressured to fit in

Silvy first gained recognition when she was only 15 years old, when she entered a singing competition show, “The Star”. Back then, Silvy thought that her appearance wouldn’t be a big issue, as she felt that the main focus of the competition should only be on her singing.

“So I didn’t think of anything, I thought that I could rock this, but then the very minute that I started to join the competition and go on TV, a lot of adults in the industry told me to lose weight, and to be more girly.”

At the time, Silvy confesses that she tried really hard to fit in by adopting unhealthy eating habits, such as restricting herself to eating one meal a day, only because she wanted to be in the spotlight.

“Then I found out about five years later that I tortured myself with that kind of thought.”

After being pressured to fit in, Silvy then realised her own worth and that she should stick to her own style. At the age of 20, she decided to join another singing competition, “The Voice Thailand”, where she could freely express herself and her musical styles.

“The minute that I was independent and I was mature enough, that was when I started to find my own way,” she said. “I just don’t think that other people’s opinion should matter. So then I just started to be strong and independent and just fought the hell out of this box that they tried to put me in.”

Maintaining self-esteem, however, is not easy, especially when pressures of having idealized body types and a more feminine image still exist. The only person who truly supports her standpoint is her mother, who is always by her side and guides her to the light.

“I could always turn to her and ask her if what I’m doing is okay, and if she says it’s okay, then I’m gonna do it.”

Silvy believes that the media plays a huge role in shaping people’s perceptions about beauty, which contributes to the body shaming culture in Thailand.

Silvy explains that the diversity of women’s body types is not often portrayed on TV, which influences people to believe that being tall, slim, having fair skin and long hair are the only criteria to be considered beautiful.

Despite the social pressures, largely influenced by mass media, Silvy believes that Thai beauty standards are changing, but more changes are still needed. She also feels that the positive feedback from her fans for her latest single also sends a powerful message.

“I think the way people give me attention for this is screaming that Thailand is more open and is really waiting for a change. The change has come and it will grow bigger.”

Don’t wait to be perfect to enjoy life

When asked what empowering Thai women means to her, Silvy thinks that being strong and confident about what they think they can do is the most important.

Most importantly, the biggest advice that the Thai-Italian powerhouse diva would love to offer to everyone, not just women, is don’t wait to be “perfect” to enjoy life.

“Because perfect doesn’t really exist,” she said. “It’s like we’re chasing after something that is not even real. So just go and enjoy life, do what you want, and have fun with it.” 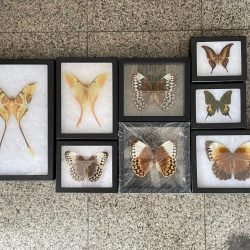 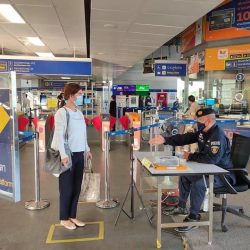