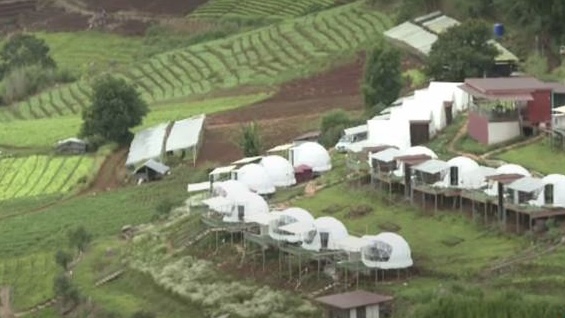 Doi Mon Jam villagers from Mae Rim district of Chiang Mai are planning a protest march from their mountainous retreat to Bangkok, via the provincial seat, this Monday to petition the Royal Palace against the threatened demolition by forest officials of several illegally-built resorts.

A leader of the protesters claimed today (Friday) that over 1,500 villagers will join the 700km march.

The owner of one of the resorts in this famous tourist destination, favoured by tourists during the cold season, admitted that his tent resort is virtually empty after forestry officials and local police arrived earlier this week to dismantle it, prompting a confrontation with the villagers who rely on tourism as their major source of income.

He also complained that many tourists have cancelled their advance bookings.

Protesting villagers have been keeping vigil at a view point in Mon Jam, watching for officials to return to carry out the demolition.

The authorities arrived at Doi Mon Jam on Monday, but were forced to retreat after they met strong resistance from the villagers. They claim that the five resorts are not owned by local villagers, but by outsiders, in violation of the Forest Act,which allows local villagers to use the land to make a living, but cannot sell it.

Cheewapap Cheewatham, deputy director-general of Royal Forest Department, told Thai PBS that the department has to enforce the law strictly, because the land in question belongsto the state.

He said that the resort owners had been given the opportunity to appeal against the demolition to a court or to dismantle the resorts by themselves, before officials move in to do it.

He disclosed that similar resistance by local villagers had been reported in other mountainous tourist destinations in Phetchabun and Chiang Rai provinces. 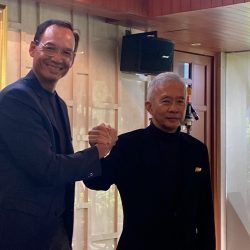 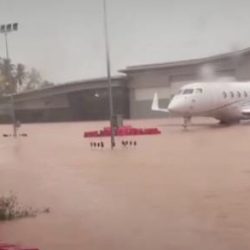