Djokovic hails ‘champion’ Nadal but ‘not surprised’ by injury recovery 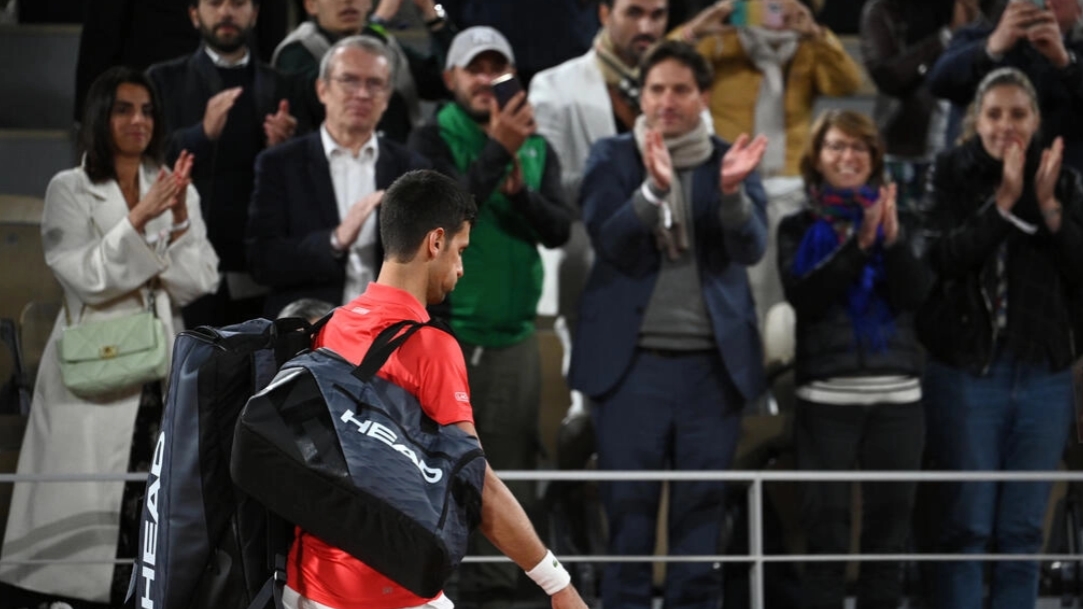 Novak Djokovic leaves the court after losing to Nadal / AFP

Novak Djokovic hailed Rafael Nadal as a “great champion” after losing an epic late-night French Open quarter-final, but added he was “not surprised” by his rival’s recovery from a debilitating injury.

For world number one Djokovic, defeat was his eighth in 10 meetings with Nadal at the French Open.

“He was the better player in the important moments,” said Djokovic.

“He showed why he’s a great champion. Staying there mentally tough and finishing the match the way he did. Congrats to him and his team. No doubt he deserved it.”

Djokovic had the chance to take the match to a decider after he built a 5-2 lead in the fourth set.

However, Nadal, who turns 36 on Friday when he faces Alexander Zverev for a place in the final, clawed his way back to save two set points and then dominate the tiebreak.

The Spanish star had arrived in Paris unsure of his chances after a chronic foot injury, which has plagued him throughout his career, resurfaced in Rome last month.

Nadal had even hinted that defeat to Djokovic could signal the end of his Roland Garros career.

“It’s not the first time that he is able to — a few days after he’s injured and barely walking — to come out 100% physically fit.

“He’s done it many times in his career, so I’m not surprised.”

Defeat leaves Djokovic on 20 Grand Slams, one behind Nadal who will extend his lead in the all-time race if he clinches a 14th French Open on Sunday.