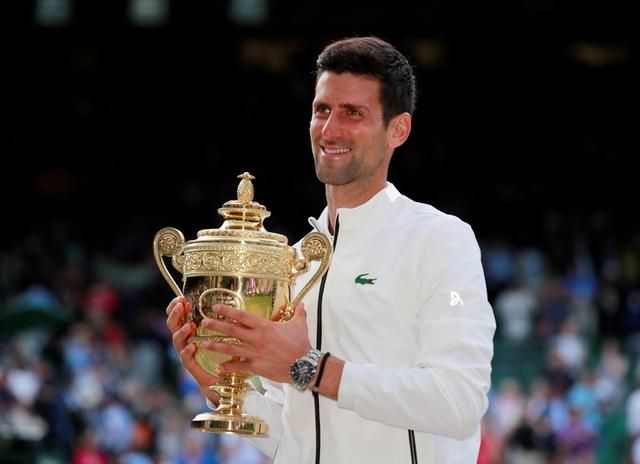 LONDON (Reuters) – Novak Djokovic again proved the toughest nut for Roger Federer to crack, repelling all the Swiss threw at him in an epic duel to win a fifth Wimbledon crown in the longest singles final in the tournament’s 133-year history on Sunday. 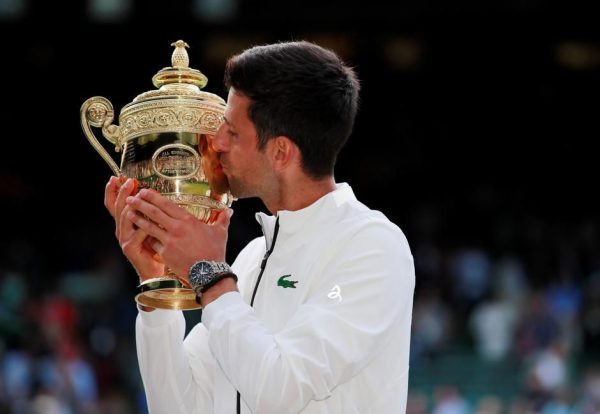 The indefatigable 32-year-old withstood almost five hours of Federer brilliance, dredging his tank of mental and physical fortitude to prevail 7-6(5) 1-6 7-6(4) 4-6 13-12(3) in the first Wimbledon singles final decided by a tiebreak.

Serving for the match at 8-7 in a cliffhanger fifth set, Federer, three weeks before his 38th birthday, seemed poised to become the oldest man to win a Grand Slam singles title in the professional era and avenge back-to-back losses to Djokovic in the 2014 and 2015 Wimbledon finals. 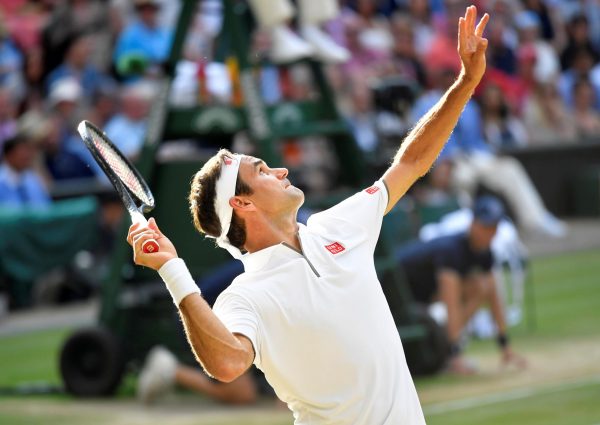 But it was a case of so near yet so far as defending champion Djokovic, who must have felt he was playing most of the 15,000 fans as well as the 20-time Grand Slam champion over the net, fought off two match points before going on to snatch a 16th Grand Slam title.

Djokovic, who now leads Federer 26-22 head-to-head, is the first player since Bob Falkenburg in 1948 to win a Wimbledon men’s singles final having saved a match point and he described his victory as the “most mentally demanding” match he had ever been involved in.

Quite a statement for the sport’s ultimate warrior.

Nothing could separate the players in an intoxicating climax played in a soccer-like atmosphere and the match was already longer than Federer’s 2008 epic defeat by Rafael Nadal when Wimbledon’s new rule stipulating a deciding-set tiebreak at 12-12 kicked in. 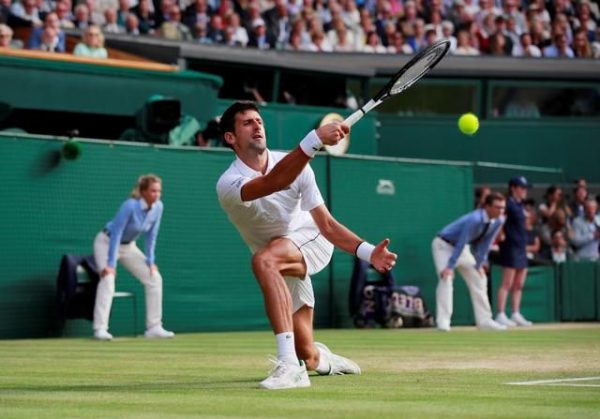 Both players looked out on their feet but, as he did in the day’s two other tiebreaks, top seed Djokovic proved more steadfast.

A sublime backhand left Federer swishing at air to put the Serbian 6-3 ahead. There was confusion as Djokovic’s first match point was replayed after a Hawkeye intervention.

But there was no escape for a weary Federer who framed a forehand so badly the ball almost ended in Row Z, ending four hours 57 minutes of unforgettable drama.

It was a crushing blow for Federer who struck 94 winners to Djokovic’s 54 but did not take his chances. As well as the match points he also had a set point in the third.

Djokovic is now level with Bjorn Borg in fourth spot on the all-time list of men’s winners at Wimbledon and is only four Slams behind Federer, and two shy of Nadal.

“You have to keep reminding yourself that you’re there for a reason and that you are better than the other guy,” Djokovic said, when asked how he had pulled victory out of the fire.

“I’m just obviously thrilled and overjoyed to be sitting here as a winner. I was one shot away from losing the match. This match had everything. It could have gone easily his way.

“I think this was the most exciting and thrilling final I have ever been part of.” 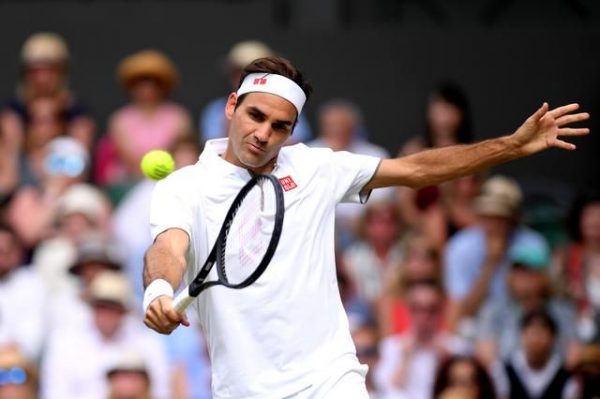 Djokovic’s nerve failed him at 7-7 when he double-faulted on his way to dropping serve.

Victory was in the palm of Federer’s hand at 40-15 and the frenzied crowd were preparing their salute.

But Federer hit an edgy forehand out on his first matchpoint, then left the door ajar on his second and Djokovic whipped a forehand past him at the net.

Eight service holds then sent the match into the tiebreaker which, almost inevitably, Djokovic dominated.

“It was a great match, it was long, it had everything. Novak, congratulations, man, that was crazy,” Federer said on court, disguising the heartache he must have felt.

Federer was the more threatening player in the sizzling opening set but failed to convert the one break point on offer when he missed a bread-and-butter forehand in the fourth game.

He then led 5-3 in the tiebreak but a succession of loose strokes allowed Djokovic to snatch it.

After the intensity of the first set, the second was a let-down as Djokovic went flat, winning only 12 points. 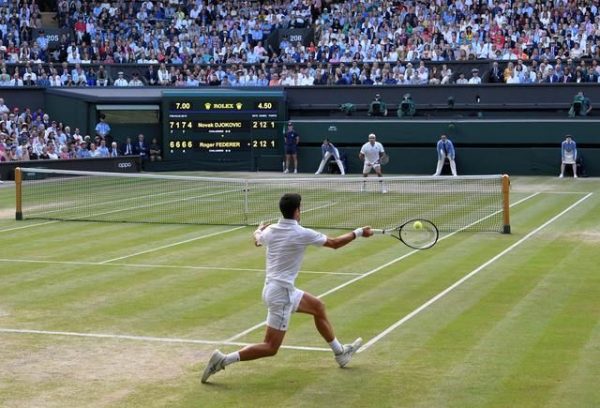 He re-focussed but with Federer winning around 80 percent of first-serve points it felt like Djokovic was hanging on.

Federer had a set point when Djokovic served at 4-5 but again his failure to convert came back to bite him.

Djokovic led 5-1 in the ensuing tiebreak and although Federer hit back to 5-4, the top seed capitalized on more errors by the Swiss to restore his one-set lead.

Federer finally dropped serve after nearly three hours of perfection on his delivery but it did not matter as he had more or less wrapped up the fourth set by then. 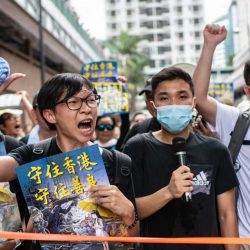 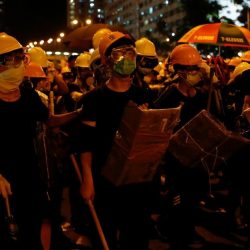