Discovering the canals of Thonburi the green way 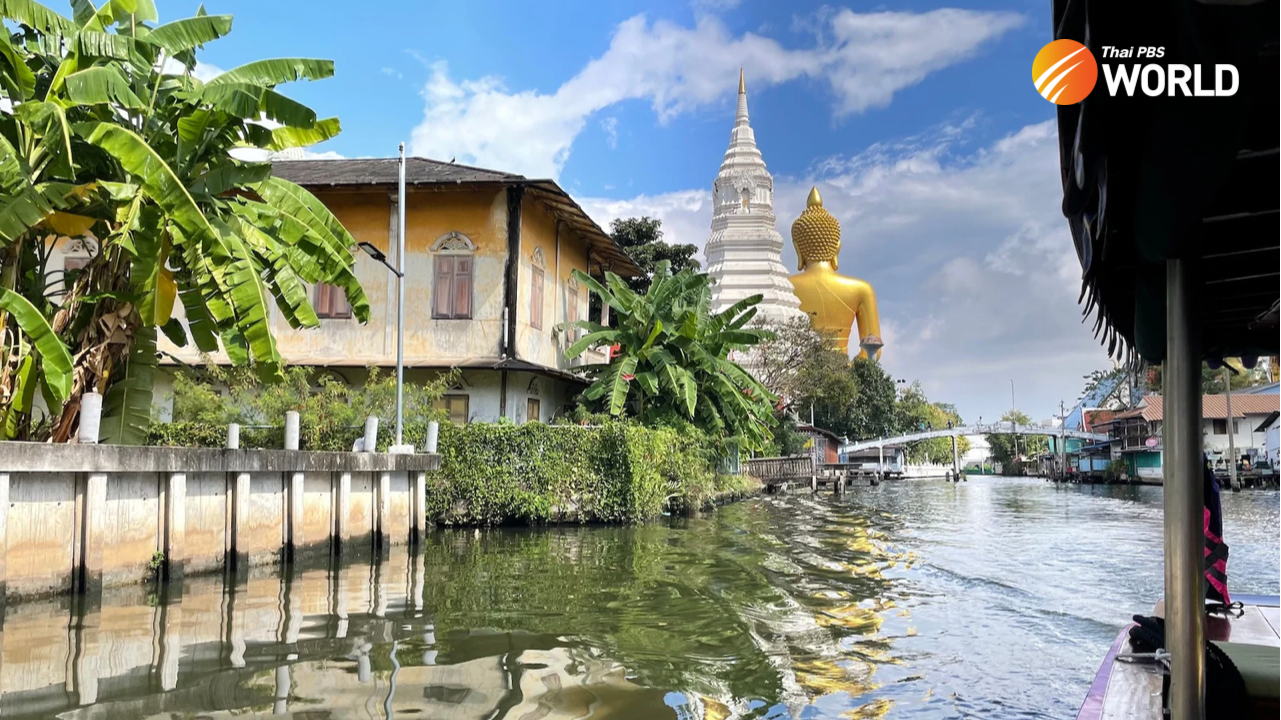 A big Buddha statue is another highlight seen from the canal. (Photo by Veena Thoopkrajae)

There are many reasons for visiting an old town and the main ones are either to see how it has been developed over time or how it used to be in the past. On a trip to Thonburi, on the Thai capital’s west bank, tourists can see both of these facets although the former capital of Siam is pretty much like it used to be with communities and houses along the waterways.

Thonburi isn’t a fast-growing part of Bangkok, and the locals still – more or less – use the canals as streets. There are floating “retail shops” with vendors paddling up-and-down to sell food or fruit. And all of these scenes are right in front of you when you take a boat trip along the canals.

Before the coronavirus hit, the canal trips were mostly for foreigners – and mostly on noisy and fast long-tail boats. Today, though, these typical tourist boats have vanished, and it is a real blessing to have a much better option –solar-powered electric or EV boats. This sail steadily and silently and doesn’t give off any harmful carbon dioxide emissions.

The “Unseen Thonburi” tour along the Khlongs is of course the highlight and is well worth setting aside a whole day for it but the carbon-free trip has also attracted those who are not into slow-paced boat trips. A friend of mine booked two trips with Bangkok EV Boat shortly after learning about the service. “I just want to show support to those caring for the environment,” she says.

The joy of taking a boat trip is that no time is wasted sitting in traffic. Our group of three booked the whole boat so we could have full control of the route and pace. [A trip can seat up to 10 persons on board including the helmsman and his assistant.] Before the trip, we had designed our own route, traveling through the Thonburi side only without coming out to the Chao Phraya river except at the end of the trip when we took a photo with the Temple of Dawn at sunset as the backdrop.

We left a pier near Wat Kalayanamit Woramahawihan at 10am and made our way along Khlong Bangkok Yai canal, traveling through many districts on the Thon Buri side of Bangkok including Bangkok Yai, Bangkok Noi, Chom Thong, Bang Khun Thian and Phasi Charoen.

Once the journey started, it was a whole new world – an old city seen from another perspective. Although some points along the way such as temples or schools can be reached on foot or in a car, more interesting spots would be very difficult to locate unless explored on the waterways.

“That old building was a head office of Thonburi district in the old days,” our helmsman Mongkol Kiatkanjanakulinformed us, pointing at an old-style wooden building.

We also saw other landmarks of Thonburi, the old-style wooden and brick buildings, as well as the slow-paced lifestyle of those who live along the canals. We used to be proud that Bangkok was referred to as the Venice of the East, a nickname that has the new generation scratching their heads in disbelief. In the old days, part of the city was made up of canals with houses, schools, markets, and temples by the water a common sight. In short, life took place on the water.

The boat journey was a real eye-opener and a reminder that because we used to commute by water, many temples built by commoners or the kings were located along the banks.. We passed Wat Intharam, Wat Paknam Bhasicharoen, Wat Nang-chee and Wat Raja-Orasaram.

And because we had opted for a private tour, we were free to adjust the programme along the route and stop at points of interest to us. Once fully charged, the solar-powered has no problem sailing all day. Our helmsman, also the owner of the boat, explained that the boat has an indicator that shows how much power is left.

It is of course tempting to snack on the way but we resisted, opting instead for an old orchard-turned–restaurant for lunch. After lunch we stopped by an old-style “supermarket” – a shop on a Khlong which offers consumer goods, drinks and some Thai snacks and deserts. Everything was almost the same as it was in the old days except the products, which have been updated.

We also visited the community called Baan Silapin – a centuries-old house that’s now a gallery for local artworkand photography as well as a puppet theatre. We also fed the fish here, which was great fun.

Culture vultures will enjoy the trip as will foodies. The backwaters of Thonburi have much to offer and for us, the best part of the tour was the quiet when all city noise slowly disappeared and was replaced by more pleasant sounds from birds singing, communities chatting and even dogs barking.

We wrapped our journey in the middle of the Chao Phraya river and watched as the sun slowly sank behind the Temple of Dawn.

Thanks to Covid-19, the operator (Bangkok EV Boat) prefers to serve a private group only. One can discuss with the boat owner the preferred route. Alternatively, another operator is Little Route Bicycle Tour, which runs a bike tour, and also assembles the solar power engine for Bangkok EV Boat. Both of them can be found on Facebook.

For safety reasons, one should wear a life vest all the time while sitting in the boat. 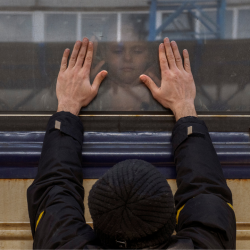 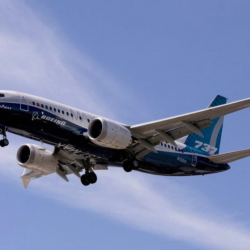