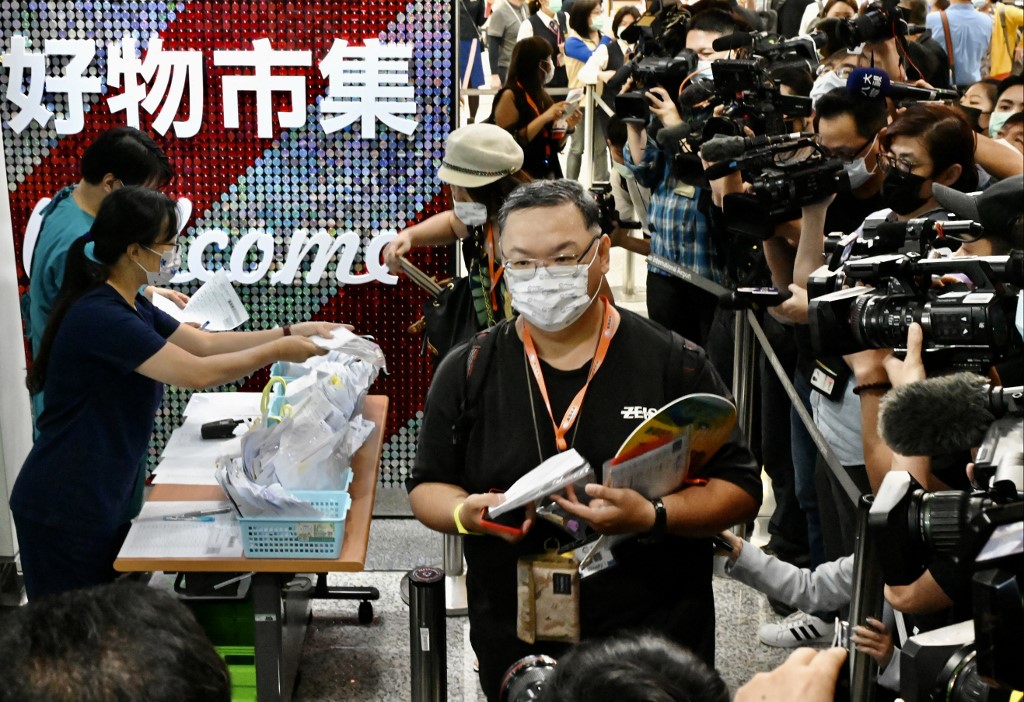 Taiwan tourists line up for Covid-19 coronavirus tests at Taoyuan International Airport near Taipei on April 1, 2021, before heading to Palau as part of a travel bubble plan. (Photo by Sam Yeh / AFP)

Taiwan and Palau launched a rare holiday travel bubble on Thursday as the two diplomatic allies try to kickstart their battered tourist industries after successfully keeping infections at bay.

Around 100 excited Taiwanese tourists arrived at Taoyuan international airport near Taipei on Thursday morning, checking in five hours before their afternoon flight in order to be tested for the coronavirus.

“I am really excited but also feeling a bit sentimental because it’s been a long, long time since I last went abroad,” tourist Andy Yang told AFP.

“I am really, really looking forward to it. I have been waiting a long time, it’s been a year already,” echoed fellow traveler Choyce Kuo.

“I packed many clothings for water sports, and things I might need for Palau’s sunshine,” she said, adding she was looking forward to discovering more about the “history and culture” of Palau.

The inaugural holiday flight took off around 2:45pm (0645 GMT) according to Taiwan’s China Airlines.

Governments across Asia-Pacific have struggled to launch reciprocal travel corridors aimed at holidaymakers.

A long awaited bubble between Australia and New Zealand is still in the works.

And a bubble between Singapore and Hong Kong had to be scrapped late last year after the latter witnessed a sudden spike in infections.

India maintains travel corridors with more than two dozen countries but there are different restrictions and the agreements are mainly aimed at stranded nationals and those with business visas.

Among those taking the same flight as the first batch of tourists on Thursday is Palau President Surangel Whipps, who made a five-day visit to Taiwan ahead of the launch.

Taiwanese authorities announced at noon that all tourists on the flight tested negative for the coronavirus.

Palau lies about 1,000 kilometres (600 miles) east of the Philippines and is one of the few places on Earth never to have recorded a Covid-19 case.

It is also one of only 15 nations that still recognises Taiwan over China, despite intense pressure from Beijing to switch sides.

Beijing has poached seven of Taiwan’s diplomatic allies, including two in the Pacific, since the 2016 election of President Tsai Ing-wen, as she rejects its stance that the self-ruled democratic island is part of China.

Taiwan was hit early by the coronavirus when it spread from China last year.

But it defeated its own outbreak and has managed to keep infections controlled thanks to strict border controls, quarantine and tracing.

“It takes so long for the (launch) of the travel bubble and a lot of long-term efforts by everyone,” Taiwanese health minister Chen Shih-chung told reporters.

“Both sides are pandemic-safe so the journey can begin,” he added.

The plan is to eventually have 16 flights a week on the route, a major lifeline for Palau’s economy, which before the pandemic relied on tourism for more than half its gross domestic product.

Most of the travel is expected to be one way with Taiwanese heading to Palau.

Despite Taiwan’s coronavirus-free status, strict measures will still be enforced to protect Palau’s 18,000-strong population from the risk of infection.

All tourists must test negative before the flight. They can travel only in tour groups and are barred from making individual excursions.

Contact with Palau locals will be kept to a minimum, with tourists staying at designated hotels, eating in separate restaurant areas and allowed to shop only at set times.

Taiwan — population 23 million — has been hailed as a global success story in containing the virus, with around 1,036 confirmed cases and 10 deaths.

Whipps has acknowledged no system is foolproof but said health experts had calculated that the chance of Covid-19 reaching Palau via the travel bubble was one in four million. 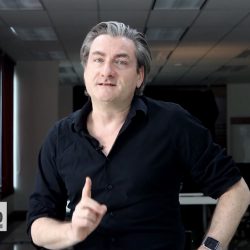 Military-affiliated malls burned down in Yangon, suspected to be inside-job