Did UNESCO add fuel to the fire by inscribing Kaeng Krachan Forest Complex?

The July 26 recognition by the United Nations Educational, Scientific and Cultural Organisation (UNESCO) World Heritage Committee has added to concerns about the livelihoods and rights of Karen villagers who have lived in the forest for decades.

“The villagers’ chance of returning to their land is now zero. They could be evicted and charged [if they return],” she told Thai PBS World.

Karen villagers have been evicted from their land in Bang Kloi Bon and 28 were recently slapped with encroachment charges, Pinnapa said. She added that the villagers have been left jobless by the economic fallout of COVID-19, but if allowed to return they could at least sustain themselves by farming.

“They are now in a desperate state and do not know how to survive,” she said.

Pinnapa’s husband Porlajee “Billy” Rakchongcharoen, a Karen activist who fought for the rights of fellow forest-dwellers, was last seen alive in Phetchaburi’s Kaeng Krachan National Park in April 2014. Four park officials were charged with his premeditated murder but public prosecutors decided against indicting them due to a lack of evidence. In 2019, the burnt remains of Porlajee were discovered in an oil drum sunk in the park’s reservoir.

Kaeng Krachan was among 34 sites – five natural and 29 cultural – added to this year’s UNESCO World Heritage List by the World Heritage Committee at its 44th session in Fuzhou, China from July 16-31.

The Thai forest complex was joined on the list by nature reserves in Japan, South Korea, Georgia and Gabon.

Earlier, members of the “Save Bang Kloi Coalition” gathered outside the Natural Resources and Environment Ministry in Bangkok to protest the move. Rallying under a banner of “World Heritage, Blood Heritage”, protesters splashed the ministry’s nameplate with symbolic red paint.

The hashtag #SaveBangKloi is spreading fast through social media, as Thai netizens campaign to defend ethnic Karen forest dwellers in Phetchaburi’s Kaeng Krachan National Park from further violence and eviction. This long-running dispute is seen as a key test of whether Thailand can find the right balance between preserving its forests and protecting the rights of forest dwellers.

Kaeng Krachan Forest Complex spans the provinces of Ratchaburi, Phetchaburi and Prachuap Khiri Khan, encompassing the Thai side of Tenasserim Hills, a mountain ridge running down the Malay Peninsula.

The complex boasts a rich biodiversity of flora and fauna, including endemic and endangered plant species and threatened bird species along with many other types of endangered wildlife.

Kaeng Krachan is also home to an indigenous Karen community in the villages of Bang Kloi Bon and Jai Pandin (Heart of the Land), located deep in the forest.

This community was forcibly evacuated in 1997 and again in 2011, when park and military officials set fire to their homes and rice barns, forcing them to relocate to Pong Luek-Bang Kloi village outside the park. The land provided to the villagers is not as fertile as their land in Bang Kloi Bon and Jai Pandin, where they grew rice and fruits.

Thailand has been seeking World Heritage status for Kaeng Krachan since 2010, but the committee had postponed its decision twice – in 2017 and 2019 – over concerns of potential human-rights violations against the Karen villagers.

The National Human Rights Commission of Thailand (NHRC) has called the inscription worrisome, given the dispute with Karen forest dwellers remains unresolved.

NHRC member Preeda Kongpaen says the commission has no objection to the listing but wants the government to set up a “neutral mechanism” to settle the long-running row with the ethnic villagers.

“Our [NHRC’s] stance is to protect the rights of the forest dwellers as they were living there long before Kaeng Krachan was named a national park [in June 1981],” she told Thai PBS World.

A military map based on a 1912 survey marks “Jai Pandin Village” close to the Bang Kloi River near the border between Phetchaburi and Ratchaburi, an area now inside the forest complex.

A few days before Kaeng Krachan was inscribed, three special rapporteurs from the UN Human Rights Office of the High Commissioner (OHCHR) urged UNESCO not to inscribe the national park.

“The indigenous Karen in the national park continue to be forcibly evicted and their houses burnt,” said the OHCHR in a statement released on July 23. “A key leader was killed after being detained by national park officers,” it said, referring to Porlajee.

“The Thai government needs to stop the harassment of environmental defenders and establish a genuine dialogue with the Karen, recognise their valuable role as guardians for protecting nature, and work in partnership with the Karen rather than treating them with hostility as if they are a threat,” the statement added.

The Thai government reacted angrily, denying the harassment allegation and slamming the statement for “gross inaccuracies”, in a letter sent to OHCHR headquarters in Geneva.

Earlier, the International Union for Conservation of Nature (IUCN), which acts as the World Heritage Committee’s advisory body, also urged UNESCO to defer Kaeng Krachan’s inscription, until indigenous Karen communities had given their consent and the human-rights issues were resolved.

For Preeda, the inscription has put the issue under a global focus and also highlighted the need to find a balance between preserving natural sites and protecting the rights of their traditional dwellers.

The best solution would be for the community to be allowed to live in the forest and earn a living from the land sustainably, she said.

“Growing rice and crop-rotation farming are part of their traditional way of life. The Karen villagers can survive if they are given land that they can farm in a sufficient, sustainable manner, with no chemicals and limited irrigation,” said Preeda, a well-known social worker who has been working with ethnic groups for more than a decade.

In her view, villagers should be allowed to live in the park despite its World Heritage Site status.

“It depends on the government’s policy. People live in [World Heritage sites] elsewhere in the world,” she said.

Admitting that the issue is challenging for the authorities, the NHRC member said: “If we can solve this problem, we can use Kaeng Krachan forest as a model to deal with more than 2,000 communities living in preserved forests nationwide.” 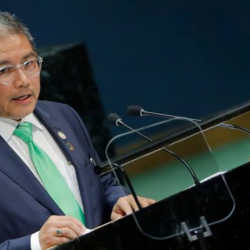 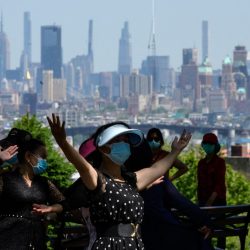