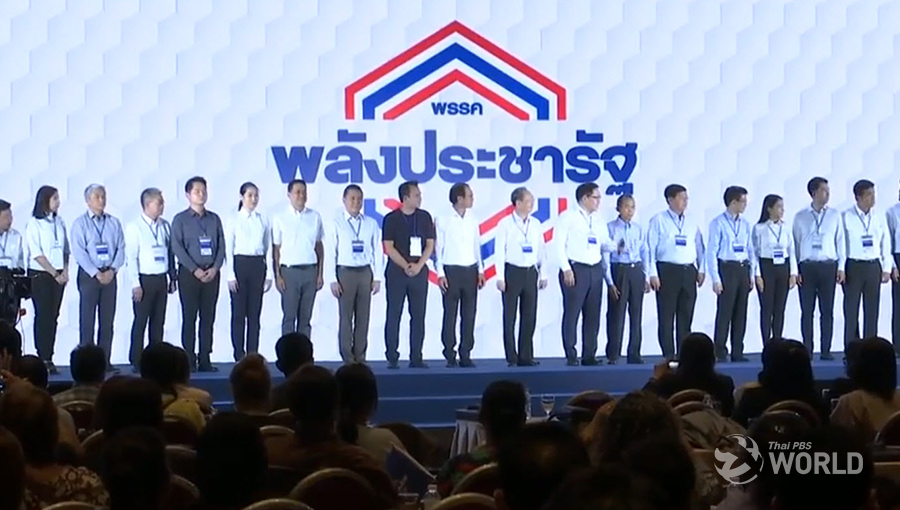 When a political party has a caucus or launching ceremony, optimism prevails without fail. That optimism can be justified or misguided, which is why Palang Pracharat, a pro–Prayut party that held a major self–introductory ceremony last  Sunday with a lot of fanfare, showcasing admittedly a great diversity of high–profile members, should not get too excited.

There are two interesting things about the party at the moment, though. First, the party will apparently wait until election candidacy registration late this year to officially name Prime Minister Prayut Chan–o–cha as its choice for prime minister. Second, where is Somkid Jatusripitak?

The official launch would have been earth–shattering had all the defections from Pheu Thai been kept a secret. As it turned out, the defectors that were paraded in front of the media on Sunday had been in the news for quite some time. If Pheu Thai had been shocked, it has overcome that and is working on a counter strategy.

The “traitors”, as Pheu Thai deems them, will put to test two contrasting political theories. According to the first one, Thai voters often go for the banner, meaning candidates don’t mean much individually. The second one favors the opposite, stating that the chances of political parties winning parliamentary control depend on how many “big names” they have got in their pockets.

Palang Pracharat hopes to get a “second boost”, after having secured some popular defections from Pheu Thai, when it formally announces Prayut as its prime ministerial choice. Prayut’s political ratings have not been as high as previously, but if the Bangkok gubernatorial election is 2013 is any indication, nothing can be taken for granted as things can change in the blink of an eye.

Somkid’s absence is remarkable. Is it because he doesn’t want to get “too involved”, more than he already has been, much to the dismay of his former bosses and red–shirted camp? Or is it because the deputy prime minister is grooming himself, and being groomed, for something bigger?

Thailand’s political divide means votes will not swing much between the pro–Thaksin and anti–Thaksin camps. Pheu Thai and its “associates” will more or less get the same number of votes Pheu Thai got in the 2011 election, whereas the Democrats, Palang Pracharat and Action Coalition for Thailand will fight for the 2011 Democrat share.

Palang Pracharat has Industry Minister Uttama Savanayana as its leader and Commerce Minister Sontirat Sontijirawong as secretary–general. Both were publicly overawed by attention, prospects and membership of the party, so much so that Sontirat said half–jokingly: “How could I not say we are going to win 350 seats?”

The statement has been played down, of course, partly because it was impossible for any party to win 350 seats, and partly because the real task facing Palang Pracharat has sunk in after the prevailing optimism.