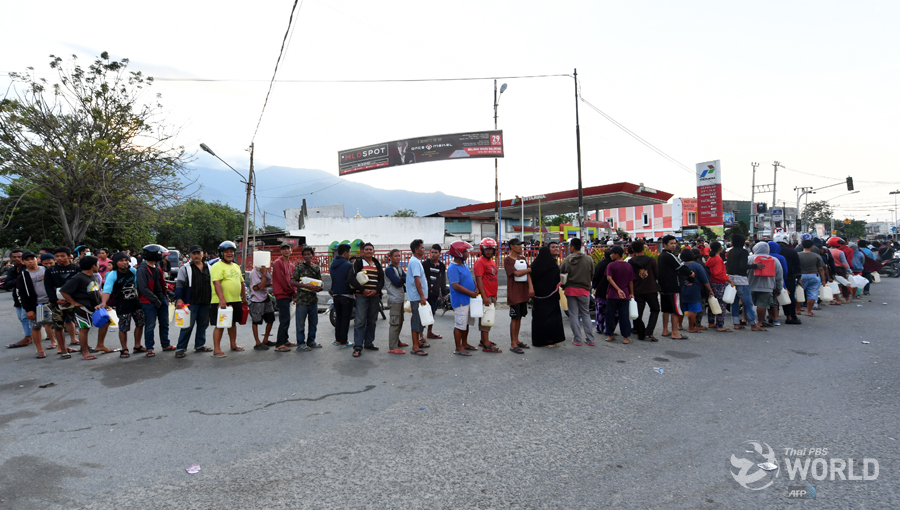 People queue for gasoline in Palu, Indonesia’s Central Sulawesi on Monday, after an earthquake and tsunami hit the area on September 28.

PALU, Indonesia (Reuters) – Indonesia scrambled on Monday to get help into quake-hit Sulawesi island as survivors streamed away from their ruined homes and accounts of devastation filtered out of remote areas, including the death of 34 children at a Christian camp.

The confirmed death toll of 844 was certain to rise as rescuers reached devastated outlying communities hit on Friday by a 7.5 magnitude earthquake and subsequent tsunami waves as high as six meters (20 feet).

Dozens of people were reported to be trapped in the rubble of several hotels and a mall in the small city of Palu, 1,500 km (930 miles) northeast of Jakarta. Hundreds more were feared buried in landslides that engulfed villages.

Of particular concern is Donggala, a region of 300,000 people north of Palu and close to the epicenter of the quake, and two other districts, where communication had been cut off.

The four districts have a combined population of about 1.4 million.

One woman was recovered alive from ruins overnight in the Palu neighborhood of Balaroa, where about 1,700 houses were swallowed up when the earthquake caused soil to liquefy, the national rescue agency said.

“We don’t know how many victims could be buried there, it’s estimated hundreds,” said Sutopo Purwo Nugroho, spokesman for the National Disaster Mitigation Agency.

All but 23 of the confirmed deaths were in Palu, a city of about 380,000 people, where workers were preparing a mass grave to bury the dead as soon as they were identified.

Nearly three days after the quake, the extent of the disaster was not known with authorities bracing for the toll to climb – perhaps into the thousands – as connections with remote areas up and down the coast are restored.

Aid worker Lian Gogali, who had reached Donggala district by motorcycle, said hundreds of people facing a lack of food and medicine were trying to get out, but evacuation teams had yet to arrive and roads were blocked.

Indonesian Red Cross spokeswoman Aulia Arriani said a church in an area of Sigi, south of Palu, had been engulfed in mud and debris. Officials said the area suffered liquefaction, when the shock of the quake temporarily destabilizes the soil.

“My volunteers found 34 bodies … children who had been doing a bible camp,” Arriani said.

Sulawesi is one of the earthquake-prone archipelago nation’s five main islands and sits astride fault lines. Numerous aftershocks have rattled the region.

Pictures showed expanses of splintered wood, washed-up cars and trees mashed together, with rooftops and roads split asunder. Access to many areas is being hampered by damaged roads, landslides and collapsed bridges.

A Reuters witness said queues at petrol stations on the approaches to Palu stretched for miles. Convoys carrying food, water and fuel awaited police escorts to prevent pilfering before heading toward the city while residents streamed out.

The state energy company said it was airlifting in 4,000 liters of fuel, while Indonesia’s logistics agency said it would send hundreds of tonnes of rice. The government has allocated 560 billion rupiah ($37.58 million) for the recovery.

The government has played down worries about looting though witnesses have seen incidents.

Chief security minister Wiranto said more than 2,800 troops had been deployed and plans were in place to send in a further 2,000 police.

The government would accept offers of help from 18 countries and it had also commandeered 20 excavators from mines and plantations to help with a shortage of equipment to dig through wreckage and clear blocked roads, he said.

Nearly 60,000 people were displaced, many terrified by powerful aftershocks, and they needed tents, water and sanitary facilities, while the power utility was working to restore electricity, he said.

Commercial flights have yet to resume but military aircraft were taking people out of Palu. About 3,000 people thronged the small airport hoping to get out and officers struggled to keep order.

Dozens of people were reported to be trapped in the rubble of several hotels and a mall in the city of Palu, on Sulawesi island, which was hit by waves as high as six meters (20 feet) following the 7.5 magnitude earthquake on Friday.

A woman was pulled alive from the debris of the city’s Roa Roa Hotel, where up to 60 people were believed trapped. Hundreds of people gathered at the wrecked eight-storey Tatura Mall searching for loved ones.

“Grieve for the people of Central Sulawesi, we all grieve together,” President Joko Widodo tweeted late on Sunday.

Most of the confirmed deaths were in Palu itself, and authorities are bracing for the toll to climb as connections with outlying areas are restored.

Of particular concern is Donggala, a region of 300,000 people north of Palu and close to the epicenter of the quake, and two other districts, which has been cut off from communications since Friday.

“We haven’t received reports from the three other areas. Communication is still down, power is still out. We don’t know for sure what is the impact,” Sutopo Purwo Nugroho, a spokesman for the National Disaster Mitigation Agency, told a news conference.

Along with Palu, 1,500 km (930 miles) northeast of Jakarta, these districts have a combined population of about 1.4 million.

A video of the outskirts of Donggala shot on Sunday afternoon by the Indonesian Red Cross showed scenes of devastation, with houses flattened into piles of rubble and broken furniture.

Smaller aftershocks from Friday’s quake continued to rumble through the area.

Social worker Lian Gogali tweeted from the area that several villages on the west coast of Sulawesi were in desperate need of food, medicine and shelter and that road access was still limited.

Five foreigners – three French, one South Korean and one Malaysian – were among the missing, Nugroho said. The 832 dead included people crushed in the quake and swept away by the tsunami.

Vice President Jusuf Kalla said the death toll could rise into the thousands.

Earlier President Widodo visited a housing complex flattened when the quake liquefied the soil it stood on, and called for patience.

“I know there are many problems that need to be solved in a short time, including communications,” he said. The ruins would be rebuilt, he said, as aftershocks rattled the region 48 hours after the quake.

Footage of the ruined city show a crumpled mess of houses, cars and trees mashed together by the quake, with rooftops and roads split and left at all angles. 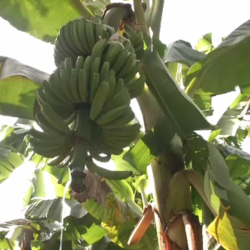