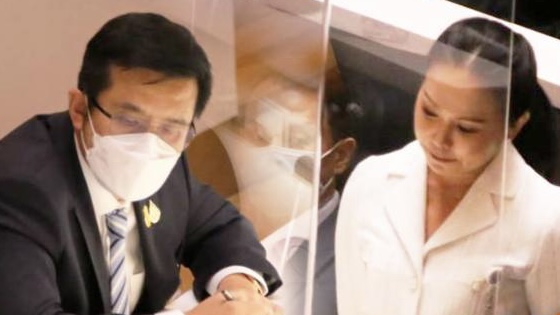 Pheu Thai MP Chanok Chanthathong took a swipe at Digital Economy and Society Minister Chaiwut Thanakamanusorn during the second day of the censure debate today (Wednesday), accusing him of being unfaithful to his wife.

Chanok said that Chaiwut had been with his wife for a long time, until he was appointed a minister. Then, his behaviour started to change as he courted another woman, hurting his wife so profoundly that they have sought a divorce.

She said that such behaviour by the DES minister was unethical and a gross violation of the ethical standards expected of government officials, adding that, as such, she cannot trust him to continue as a minister of state.

Chanok’s raising of a personal matter drew protests from Palang Pracharath MPs, who demanded that the chair of the House session prevent her from doing so again. The demand was rejected.

Hitting back at the Pheu Thai MP’s raising of the personal matter, Chaiwut said that there are many other issues which the opposition MP could have raised and discussing his personal life in parliament will only serve to damage the esteem in which she is held.

He warned Chanok that the person who provided her with, what he claimed to be, false information about his private life might have had an ulterior motive in doing so, namely to land her in a defamation lawsuit.

He did say, however, that he will not sue her personally, but somebody else, who feels defamed, might.

The DES Minister also said that he has many friends, each with different sets of expertise to help him, adding that this is normal practice in many ministries, not just in his.

The censure debate, the fourth and final one against the current administration, is scheduled to be wrapped up on Friday, followed by the Lower House vote on Saturday. A total of 11 ministers, including Prime Minister Prayut Chan-o-cha, are being targeted. 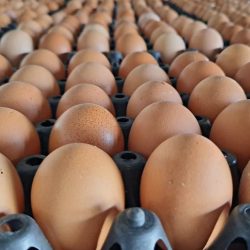 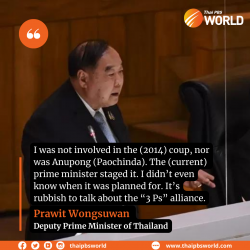